Albuquerque, NM – Albuquerque, New Mexico MC Wake Self was killed by a drunk driver in Santa Fe last November, bringing an abrupt end to a life he’d dedicated to helping others.

Even after his death, Wake — real name Andrew Martinez — is still speaking out against the injustices of the world with his music, this time in the form of the posthumous video for “FTP (Fuck The Police).”

The well-timed video arrives on Friday (May 29), the same day fired Minnesota police officer Derek Chauvin was arrested and charged with 3rd degree murder and manslaughter for the killing of 46-year-old George Floyd. Wake’s older brother Eric Martinez is emphatic the latest example of police brutality would’ve infuriated Wake and sent him into action.

“Wake Self was and will always be a voice for those in need,” Martinez tells RealStreetRadio. “In the aftermath of George Floyd’s murder, the song and video ‘FTP’ is more appropriate than ever. Wake Self dedicated his life to being an advocate to various causes. The release of ‘FTP’ is meant to bring awareness to the police brutality problem that America has been experiencing for as long as we can remember.

“Rest in Power George Floyd, Wake Self and much love to all victims of police brutality. #WakeSelfForever.”

Directed by Kel Cruz, “FTP” begins by highlighting the differences between a white and black man being pulled over by the boys in blue. The visual is peppered with images of Wake performing his last show in Gallup, New Mexico.

“I sat and listened as Wake told me the name of the song, his thoughts about institutional racism and his feelings about living in a police state,” Cruz tells DX. “From our first meeting, Wake already knew he wanted to start the video with phone footage of a police shooting. It wasn’t until later that we decided to write and record the the opening scenes that you see in the video which would become the foundation for the rest of the narrative.”

I almost died when I was 6 months old. . My family lived in government housing. We had no carpet just a dirt floor, and the water quality was bad. Drinking the water got me really sick as an infant. I had to stay in Intensive care for months without going home to my family. When my mom tells me this story she says they weren’t sure I was going to make it, but when things were looking their worst a miracle happened and one of the doctors found a treatment that saved my life ?? When my mother 1st told me all of this, it made me believe in miracles. . Later I learned that we are all miracles. We have this precious opportunity called life! Everyday i wake up and give gratitude for this blessing to be alive. I pray a miracle happens to you and changes the way you think and see the world. . You gon make it. Love ❤️ ??

For Wake, it was important to tell two tales within the video.

“In today’s internet culture everyone has an opinion, when one person is #BlackLivesMatter someone has to be #BlueLivesMatter and another person in turn has to be #AllLivesMatter,” Cruz adds. “The challenge was creating a concept for a video that would allow people to set aside their differences for a few minutes of their lives and give them a different frame to think and feel about things. A different way to understand ourselves in context to the world around us. At the end of the day, I think that’s what art is supposed to do.

“If you’ve watched the video, you saw a story of a white cop execute a black man and a black cop slay a white teen. Both situations involve officers murdering innocent people, but there is a race reversal between the two situations. Wake wanted both situations to be shown. Together, they create a mirror into our own assumptions, prejudices and reactions.”

Sadly, Wake never got to see the final version of the “FTP” video, but Cruz believes he’d be proud — not only with how the video turned out but also proud he had enough courage to speak his mind and make this song.

“Shots have been fired,” Cruz concludes. “They won’t be the last. If I’ve learned anything making this video with Wake it’s that opinions shouldn’t stop us from doing what we love or standing up for what we believe in, and sometimes, when we can allow ourselves to step out of our own perspective, even if it’s just for moment, we can begin to better understand ourselves and the world around us.” 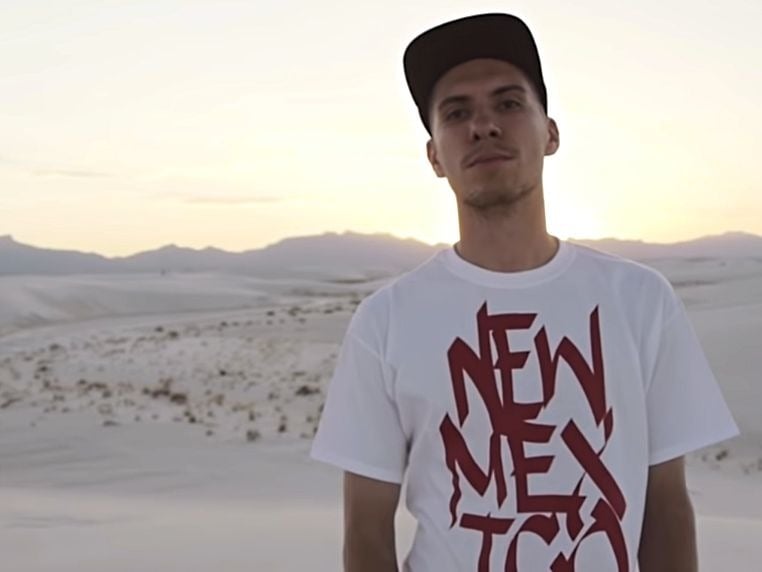 “FTP” comes from Wake’s final album Ready To Live, which arrived two months after his death. In fact, Wake was in the middle of promoting the album release party at Meow Wolf when he was killed.

The Making of “Mix Tapes” by The Nonce

Tekashi 6ix9ine’s Attorney Lance Lazzaro Back On His Racketeering Case

Nelly Gets Into Testy Altercation While Gambling