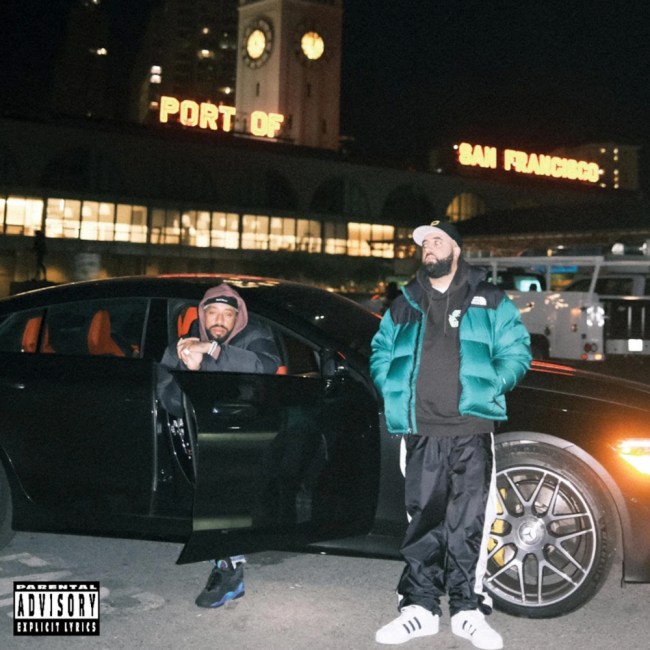 Son Raw is never slacking in his macking.

We are living in an era where rap music is all things at once. From futuristic drill to major label Atlanta superstars to anemic pop-punk crossovers to revivalist East Coast boutique drops, Hip Hop is long past its once linear journey, where successive styles ripped up the playbook to start over. The west coast alone has room for the avant-electronic jazz of Flylo, Terrace Martin and Thundercat, the rhythmic futurism developed by the late, great Drakeo and the neo-noir stylings of Alchemist. There’s seemingly room for every sound.

California funk however, is a tough nut to crack. Though names like 100s/Kossisko never stopped representing, you’re more likely to hear classic funk stylings via DJs like DãM-Funk than in the latest rap releases. Part of that is due to G-Funk’s omnipresence in the 90s – it’s hard to update the sound when it’s so tied to a past era, and many younger artists have wisely chosen to forge their own path. With 2 P’z In A Pod however, Larry June and Jay Worthy strike gold, reviving the feeling of holiday weekends past to current day aesthetics.

If the album sounds like a victory lap, that’s because it is. The Bay Area’s Larry June was a bonafide star long before he hit my east coast ears and Vancouverite Jay Worthy (both solo and as part of LNDN DRGS with Sean House, who produces the entirety of 2PZIAP) has been quietly developing a trippy yet accessible take on Pacific breeziness. Their union makes total sense: two easy-going guys channelling rap’s laidback heyday, soaking the vibes in the same slow and low sampledelia as the weirder Griselda projects (Westside Gunn is a fan). After all, if Loud Records’ roster can inspire a contemporary sub-genre, why not Death Row’s?

Well, sort of. You won’t find any of Dre’s Chronic-era synth leads on 2 P’z. Instead, tracks like ‘Big Funds’ and ‘Sock It 2 Me’ go back further and deeper, drawing for classic boogie funk and Bay Area Mob Music in equal measure, sounding like half remembered house parties. Lyrically, the duo do well to avoid the type of granular detail befitting their generation’s cocaine-centric rappers – it just wouldn’t work for pimping, their topic of choice. Instead, of hard-nosed reality rap, Larry and Jay want to sell you the lifestyle: the parties, the props, the girls on their jocks, without pushing you to think too much about the pimp game’s dark side. It’s all entertainment, and it makes for a perfect summer record.

A lot of that is down to the group’s easy chemistry. As the title alludes, these guys are remarkably similar in outlook and style, and in a solo-centric era mostly devoid of real rap groups, the pairing just works. Whether bragging and boasting or waving away their worries in a cloud of weed smoke, Larry and Jay are so in tune with each other that their verses eventually bleed into each other. That might sound like faint praise, but it’s not – it’s a cohesion usually found only amongst real life blood like The Clipse or long-time associates like the Dogg Pound. Though I have zero doubt we’ll receive plenty more solo work from both rappers, particularly the hyp-erprolific June, making 2 P’z a real ongoing concern would be a winning idea.

It’s their room to grow that makes 2 P’z so exciting. As someone who lives in near perpetual winter and whose listening mostly reflects his icy surroundings, I’ve taken advantage of the current spring thaw to tap into the group’s collective back catalogue only to find myself deeply impressed with how consistent everyone involved has been at crafting this sound. While Jay has been touted as a potential Griselda signee, I’m even more excited for this slow, hazy, G-Funk to find its own branding and identity, as it very much stands on its two feet. It’s an easier sell east of the Mississippi than Nervous Music, but with far more bite and less commercial obligation than say, Wiz Khalifa’s current output, even as that superstar serves as a quasi-north star for the group along with names like Curren$y, Mac Dre. Whatever the future holds, I’ve got no doubt 2 P’z In a Pod will soundtrack a gang of parties this summer, and really, that’s what the group is going for, a test the album passes with flying colors.