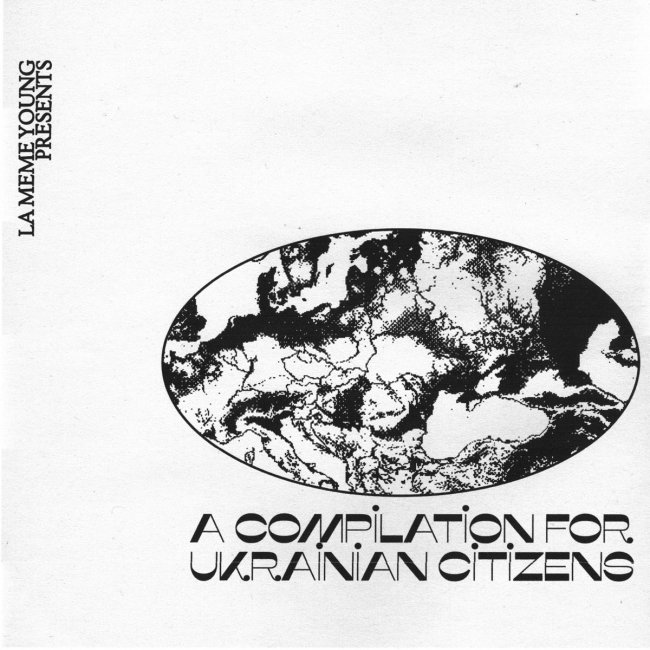 I spent a lot of time on online forums as a kid clicking on risky Megaupload links and other file sharing site links looking for good music and not a virus that would take down my family’s shared computer. Sometimes you’d get music you were looking for and sometimes you’d get weird remixes or DJ edits of tracks, and sometimes you’d get music you didn’t know you needed. This track, a mashup of experimental composer Pauline Oliveros’ ambient accordion epic “Horse Sings from Cloud,” and the classic dembow rhythm used in dembow and reggaeton music reminds me of that time. It’s both an outlandishly weird remix and a track you’d never think you needed until you hear it.

Like the best Alvin Lucier [RIP] generative music compositions, the track’s title tells you exactly what you’re going to be listening to and the exact way it was made. This is literally just a dembow beat played over the entirety of “Horse Sings from Cloud,” nothing more, nothing less. Made as a tribute to David Koenig, a musician who recently passed away who uploaded a mashup of experimental French composer Eliane Radique’s almost three hour ambient epic “Trilogie De La Mort” with a dembow beat on Youtube in 2014. Both DJ Detweiler’s tribute and Koenig’s original mashup are definitely silly memefied concepts at face value, but give it a chance and the time to listen to the tracks and I swear you’ll hear it too, the trance like repetition and drone that connects both ambient experimental music and reggaeton and dembow and how perfectly they meld together.

There’s plenty of songs about ass out there, but very few dance tracks that match the raunchy, sweaty, sleazy sex appeal and ass-centric tracks of Dance Mania records and the whole Chicago bootyhouse and Detroit club music style in their heydays. NYC’s MoMA Ready is fighting the good fight with “Booty Ass O’Matic” off his recently released Singles compilation. Starting off with appropriately sparse and slightly distorted four on the flour 909 drums, a looping uncomfortably close to the microphone sounding exhaling breath sound and a declaration of “It’s the incredible edible ass, take one,” MoMA updates the booty house sound by adding in a nice, diva house like synth chords intermittently, and talking about Onlyfans and requesting information on how he can forward money to a girl for her ass shaking abilities on any number of app based payment services in a pitch perfect cool monotone. That’s the booty house we need in 2022. Sexy and sleazy, but respectful and conscious.

Then we got Berlin’s Jensen Inspector and DJ Fuck Off who are taking the bootyhouse sound and making motivational music for slobs that don’t clean their rooms on “Boy U Nasty.” Over pounding gabber meets bootyhouse four on the flour 909 drums, a cool monotone voice says she won’t have sex with a boy until he cleans the dirty dishes and cutlery on his floor. Who can relate? Thank you Jensen Inspector and DJ Fuck Off for reminding us of the importance of personal hygiene in the club.

Sometimes I have to begrudgingly thank our algorithm overlords for suggesting I listen to a mix of drum and bass tracks from old Nintendo 64 games on Youtube. The tracks have the fun buoyancy of video game music and the interesting textures and hard rhythms of drum and bass and jungle music. Searching for a similar vibe, I came across CDR, a producer from Tokyo who seems to draw inspiration from the same mix of video games and jungle and drum and bass music. On “Mental Memory,” CDR starts off with a Jamaican ragga sample, adds some cheesy synth sounds that split the difference between early Casio dancehall synths and 8-bit early video game music, and then lets the hyperspeed “Amen Brother,” chops wreck havoc.

“Lonely,” the first single put out for Jana Rush’s follow up to Painful Enlightenment, one of the best records put out last year, is a taut six minute footwork jam with DJ Paypal based around a sample of a late 50’s free jazz classic. That’s the kind of shit Jana Rush does. Then she ends the EP with an extended hyperactive Tupac chop on a track titled “Make Bitches Cum.” That’s the kind of shit she’s on too. Like Painful Enlightenment, Rush loves playing with the texture of vocal samples, slowing them down for a couple of bars and milking all the digital artifacts and ambiance out of them and then speeding them up into a whirlwind of a loop, as well as almost musique concrete like samples of laughing sound effects and field recordings of industrial noises and other left field samples. The EP starts with a remix of “Suicidal Ideation,” one of the most intense tracks on Painful Enlightenment, but whereas the original sounds like a rendering of intense mental anguish, the remix on Dark Humor strips back the nightmarish sound effects and samples in the original to emphasize a propulsive footwork beat. The rest of the EP follows suit, with, as the title would suggest, a kind of humor shadowed by the macabre. That’s the kind of shit Rush is on.

Any album that starts with something that sounds like a sample of The Simpsons character Nelson Muntz’s catchphrase is bound to be good, and Cakedog never disappoints. Cakedog has honed in on this sound since at least 2014’s Menace in the Phantom that takes the oddest samples, not just of music either but of seemingly innocuous dialogue too, throws them together with clear but sparse and minimalist footwork drums and sometimes a synthy textural loop in the middle to ground the track, and creates this almost ambient footwork sound where even when multiple loops are played on top of each other the tracks still sound like they’re floating in air. It shouldn’t work, but with every Cakedog release, it always does.

New Weird Italia, screw-wave, what do these phrases mean? They’re the new sound sweeping Italy!.. Or maybe just some cool weirdos from Rome and Turin who make avant-garde electronic music. Kind of reminiscent of the international experimental club deconstruction meets ambient music of what folks like Chino Amobi, Rabit and the NON Worldwide crew were doing, with some more English 90’s IDM and jungle/drum and bass influence, it seems to be two terms for a parallel aesthetic revolving around a Roman record label named Riforma. This Krush Lumpkin record is my favorite screw-wave record I’ve heard. It’s super spacey and ambient, with punctures of noise and Jamaican patois samples throughout that meander into almost Jlin like footwork meets Space Afrika style dub techno, and then melt back into ambient noodling over two 45 minute tracks that are like one long 21st century Grateful Dead like jam.

A Compilation for Ukrainian Citizens and …For My Ukraine

La Meme Young has been providing the spiciest and most niche memes and TikTok videos about experimental music on Instagram for a minute now, but he’s also a committed music educator, and now, a compilation curator and humanitarian aid organizer. Composed of tracks from La Meme Young’s students, including one from an artist living in Russian occupied Crimea, range from spacey ambient to field recording backed indie singer songwriter stuff and even Giant Sand style country, to electro and post-Low End Theory style beat music. All of the proceeds from the compilation will be donated to the National Bank of Ukraine’s humanitarian aid program for Ukrainian citizens affected by the Russian invasion. It’s cool to see such a wide collection of artists of different styles come together to provide mutual aid for people living through a horrific imperialistic invasion.

Another compilation released this month to raise money for Ukrainian humanitarian causes was … For My Ukraine from Tbilisi, Georgia based label Giraffe Tapes. Composed almost entirely of 27 tracks from different artists of mostly spacey field recording textured new age-y ambient music, this is a big audio hug from folks around the world for people suffering on the other side of the world.