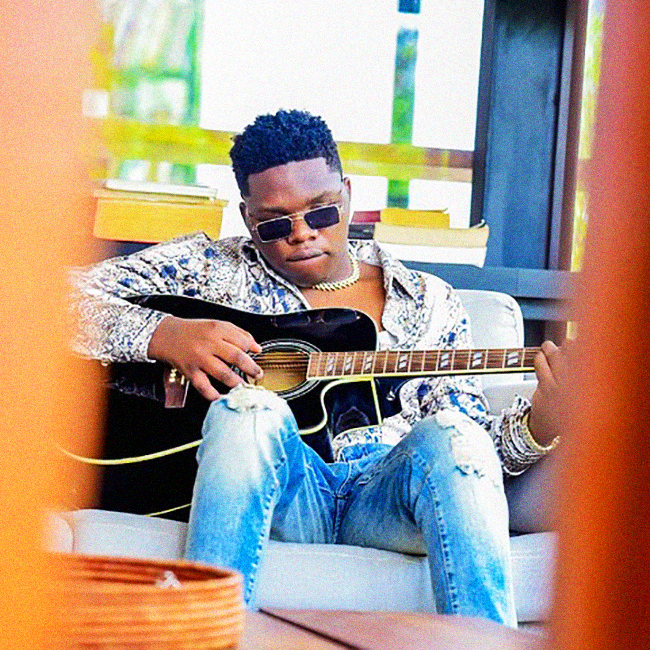 From Kenya: The Gengetone-pop fusion is already a big trend in East African music — of course, every time an underground genre starts getting recognition from the main public, pop music tries to co-opt it —, but it rarely sounds this well-executed. Nadia Mukami’s talent for finding hooks even below the rocks carries most of the track, but the airiness of the production (those synth melodies are cooler than coconut water) and Mejja’s irresistible flow takes it to the stars. “Legeza” finds two great artists sharing the stage without imposing themselves on each other, in full confidence of their artistic contribution, and especially, with their eyes firmly set on making these a pop hit.

From Tanzania: The sheer bounciness of this tune is quite impressive. That synth leitmotif (unquantized, by the way!) is perhaps the most effective idea for such a swinging tumpa tumpa beat, but when the rest of the percussion kicks in, it doesn’t leave you time to think, it’s shake-your-ass time and you know it. Professor Jay sounds as killer as ever and sells it every time the beat switches to the 808s, changing the direction of his flow and coming back with aplomb. Lunya gets his time in the limelight as well, his flow more traditionally Bongo Flava-ish, but both rappers contrast beautifully with Maua’s sensual hook. But come on, I gotta come back to that synth line and that addictive riddim. It gets me moving every time.

From Rwanda: This song lives and dies on its vocals: You see, Niyo Bosco’s dulcet tone offers something fresh to Afropop in many senses, bringing some r&b and gospel into the mix in a way that feels more skillful than a lot of his peers, eschewing the high-drama of those genres and opting for subtle gestures. “Ishyano” takes a typical love song route, but it’s the way Niyo’s vocals are layered — two voices, one octave from each other, doubling the melody throughout most of the track — that truly makes it great. You can hear the emotion in the right ways. Side note: The two-voice octave hooks remind me of Ozuna a little bit, himself a great melodist in Latin pop.

From Ivory Coast: What makes a coupé décalé track really work? The energy? the aggression? the way other musical influences are fused in that brutal assault of the beat? Well, “Ropéro” has all three. Those menacing low-pitched horns are a great background for Elow’n and Black M to get things going, and the industrial bass quality of the production gives the style its own spin. It is a very subtle fusion, but man does it slap.

From Zimbabwe: I admire vocalists that manage to create great melodies naturally, and every time they get on a beat, memorable tunes come out. Zimbabwe’s own Nutty O has that rare quality, there is a hook in everything he says, and what better proof of that than “Ndiwe” a tune where he gets into enough potential anthems to build three careers. Demarco’s guest verse is wonderful as well, going for a dancehall toasting flow that fits Nutty’s poppier sheen perfectly.

From Zimbabwe: I wanted to save the best for last because this is not a single, it’s an experience. Zimbabwean upstart Tamy Moyo’s “Sare” is quite the ambitious spectacle, from its cinematic music video, to the scope of the track’s production. The song starts as an atmospheric r&b-ish track, with some ambient synths and an amazingly played guitar (it goes from funk to Harare beat to highlife, it’s really great) until a full chorus, but then the rhythm changes drastically, and a barrage of traditional drumming starts pouring through, to great effect. The song then goes into full chimurenga mode into an explosive finale, leaving us in sheer awe. It’s a powerful song, unique to Zimbabweans, and a great artistic statement from Tamy Moyo.

If you loved the column and want to hear more, here’s a Youtube playlist of this week’s Afro Jams, and a lot of bonus tracks that almost make the cut. Enjoy!