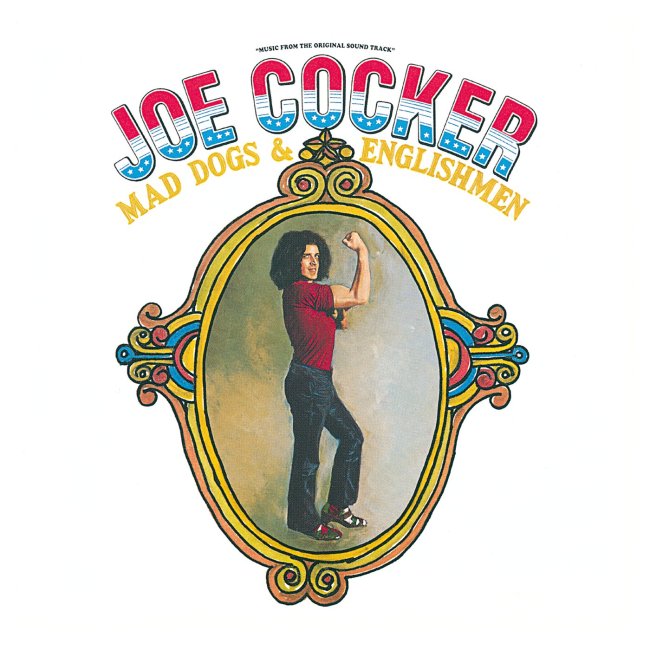 Support the most talented music journalists in the game and the real, independent work that they continuously churn out by subscribing to Passion of the Weiss on Patreon.

Chris Daly wants his tombstone to read, “A Real Superhero in the World of Sexual Stimulation.”

The Beatles in 1965. Prince and the Revolution in 1984/85. Beyonce in 2016. Certain tours have taken on an almost mystical quality for how strong they were, with an artist hitting his/her peak creative arc onstage with thousands of their closest friends. These are the shows the cool kids say, “yeah, I saw her/him back when,” and if you were lucky enough to be in attendance yourself, you know what it’s about. Joe Cocker had one such run with his “Mad Dogs & Englishmen” tour, documented by both a stellar live album and movie at the time. Classic rockers Derek Trucks and Susan Tedeschi attempted to recreate the magic with the remaining members of the magically cobbled together band at the LOCKN’ music festival in 2015, and Learning to Live Together: The Return of Mad Dogs & Englishmen, a doc filmed and directed by Jesse Lauter, highlighting that effort, has just started to make the festival circuit.

I had the opportunity to watch the film with two attendees of the legendary tour back in Boston in 1970, who incidentally happen also to be my parents. Joe Cocker held a similar position in our household as the Beatles or Jimi Hendrix or fill-in-the-blank rock royalty held in most Boomer-led homes. For those unfamiliar with JC’s work beyond the title sequence in the Wonder Years, the Sheffield wonder was a barroom powerhouse of a vocalist, a white boy whose take on the blues and soul-infused music stands shoulder-to-shoulder with the best of his day, if not of all times.

Cocker was known for both his gut-wrenching vocal styles and his nearly spasmodic accompanying physicality as he performed. He remains one of the few artists whose covers often equal, if not outright outmatch, the originals. His version of the Beatles’ “With a Little Help from My Friends” propelled him into the spotlight from his debut album, helping to land him a spot at Woodstock that in turn took him to superstardom levels of rock royalty. The late John Belushi helped further cement his reputation with a spot-on SNL impression, and his later career saw both Top Ten hits (“You Are So Beautiful”) and critical accolades (Grammy Award for the #1 charting “Up Where We Belong”). It was his earlier output, however, that arguably made his reputation stand.

As the story behind “Mad Dogs” goes, JC was more or less wiped out following a stellar post-Woodstock run, but contractual obligations forced another tour. Enter Leon Russell, musical shaman with his own impressive track record, stepping up to the plate to put together a “who’s who” of 60s performers and artists and hanger-on-ers to form the Mad Dogs & Englishmen line-up and ensuing madness.

The original album is a combination of originals and covers. Joe handles the majority of vocal duties, though Rita Coolidge runs wild on “Superstar.” Album tracks like “Feelin’ Alright” already were hits for Cocker, and the produced its own single, “Cry Me a River/Give Peace a Chance.” And if that blues medley that opens the second album doesn’t make your soul cry just a little, you might well be dead on the insides. The original “MD&E” was a standard growing up in our household, often playing in the background for whatever family event was transpiring. I knew my father had attended one of the stops, as he spoke of it so often as to make it a baseline for what I would eventually consider a “fucking out of this world” concert myself, but it was only during this doc viewing that I learned my mother had been there, too. Their recollections tracked with the film, and their thoughts on the new movie synced well with my own. The two big standouts for them, both covered nicely in the documentary, were the sheer shambolic procession onstage and a hearing-impaired canine who slept in front of the speaker bank throughout the entire show.

The film largely focuses on three areas—the original concert, the reunion show and a history lesson/update on what happened to the various artists during and since. Taken individually, each bucket by and large works. Archival footage and interviews from the time paint a pretty clear picture of the day and the anarchy that somehow worked so very well for this group of performers, which included the aforementioned deaf pooch and some dude whose sole job apparently was to occasionally sweep the stage between songs, assuming the mood struck him to do so. Footage of the revamped band, which included 12 of the original Mad Dogs, including Leon Russell, Rita Coolidge and Claudia Lennear, alongside the Tedeschi Trucks Band and guest performers such as Chris Robinson and Dave Mason, genuinely rocks.

Sure, some of the singers can’t quite hit the same high notes, but everyone here is rocking, and rocking hard, at that. The historical aspect arguably is the weakest link, if only due to having so much else to focus on. The retelling of violence and mental health issues felt like an afterthought that should have either been more heavily reported or left out entirely—it seemed shortsighted to bring it up and then not explore it further. And this would be my only overarching criticism of the documentary itself—there is a LOT included to digest here. Focusing more heavily or perhaps entirely on any one aspect would have made for an equally, possibly more, compelling film than what we have. This is not to say the director didn’t do a yeoman’s job wrangling all this material together, it’s simply to note that the story of Mad Dogs & Englishmen easily could fill numerous documentaries and think pieces no matter who tells the story.