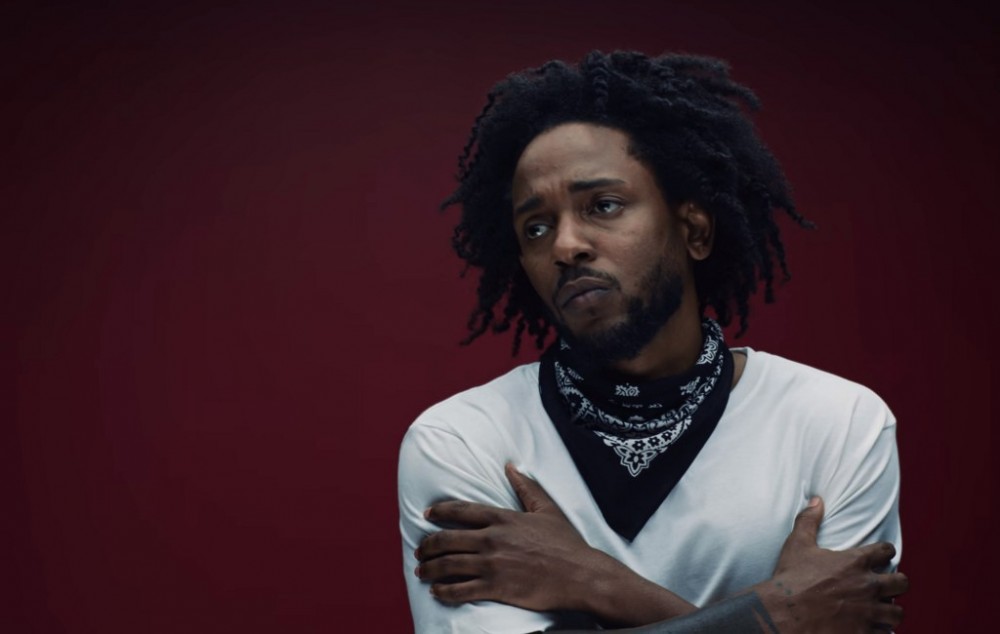 After a long hiatus, Kendrick is finally back. He’s rapping his ass off over a sick Marvin Gaye sample, which is already a flex since Marvin’s music is notoriously hard to clear. “The Heart Part 5″ is powerful and thought-provoking, even if it can feel a bit hollow at times. It touches on the toxicity of culture – particularly of Black culture. With the choice to use deep fakes of O.J. Simpson, Kanye West, Jussie Smollet, Kobe, and Will Smith superimposed over his face, he’s ostensibly making a commentary on how we as a culture build up celebrity, but are all secretly rooting on their downfall. We are just waiting for them to make a human mistake, the type any of us could make, so we can tear them to shreds like a pack of mindless hyena.

It has elements of thematic poignancy, as there is certainly something to be said for our culture’s deeply ingrained idolization of a certain subset of people, our fascination with the arc of a downfall, and how dehumanizing it can be. Kendrick pointing this out, and leaving it on the table for the listener to consider and grapple with themselves is definitely a net positive. It does make us think deeply about our culture and asks some real questions about who we are, but Kendrick fails to grapple with the concepts very seriously himself. The song doesn’t grapple with what any of the people whose faces are superimposed actually did, and whether it was really just human mistake or something more sinister and hurtful, and how that may change the calculus of the equation. It doesn’t really try to answer the questions he poses, and even omits some questions about why we build them up in the first place or hunger to tear them down.

But the truth is that Kendrick doesn’t need to grapple with these issues to make a good song. Kendrick has never been a civil rights leader. He’s never proclaimed to have the answers to our hardest questions. And he’s never even claimed to grapple with the why of it all. He is an obviously incredible lyricist who is one of the best at diagnosing societal ills. He was never someone who used his music to present solutions, beyond clamoring for peace in his community. And he doesn’t need to have his music be any of those things, despite the insane expectations placed upon his music by a subset of Kendrick-pilled fans who use his dense lyricism to derive meaning that’s not there, or more maliciously, use it to deride other types of rap music.

Despite his failure to get super deep with it, it’s a very cool song, with a slightly uncomfortable, but thoughtful video and message. The Nipsey part at the end is the most sincere, and almost feels like it was meant to be its own song, and to me, that song just from the perspective of Nipsey would have been more meaningful than this longer and more meandering commentary that half-heartedly connects all these dots. It feels a bit disjointed, but honestly so does most of rap music. RX Nephew makes the most meandering and disjointed music I’ve ever heard, and all of it is incredible. The Heart Part 5 doesn’t need to be a full-fledged thesis to be powerful, and maybe the full album will have Kendrick actually trying to answer some of the questions he’s posing here. I’m doubtful on that front, but this song in and of itself is more thought-provoking than most anything out, and more importantly, it’s just a really fun song to listen to. It sounds cool, it looks cool, and sometimes music is just as simple as that.

Over a mysterious, Law and Order theme song-sounding type beat, we find one of Drakeo’s best posthumous verses yet. DaBoii sets the stage with a solid, downtempo approach. He’s not screeching or bouncing around hysterically like he’s capable of, but his raps are steady and strong in their own right, laying a beautiful linen tablecloth for Drakeo to dine on.

When Drakeo jumps in, it’s an immediate onslaught: he’s tearing off shoulder blades with his gun, feeling like Holyfield in his first bars. His shooters will “pulverize” you, bitches are “fascinated” by his roll bounce, he’s dancing with Lady Gaga off the Percs, he’s a demon and a problem, so Mr. T could be his cousin. He’s leaving blood on your mattress springs. A true masterclass in rapping – here’s to hoping there’s more where this came from in the vault. Long Live The Ruler.

Here’s a fun story of a robbery, or really the planning of a robbery. It’s the intricate details that make the song so electric – and the back and forth on those details that make it feel like a real conversation. They discuss the strategy of timing, the angles from which to approach, what to do if cops come, which firearms which man will be handling, the lookout, and the girl who gave them the hint that may lead to her man’s demise, their previous stints and potential future ones.

“The Lick” comes off the debut and self-titled project from Red Alert, the new group of Latino rappers from NorCal that includes GB, Acito, Young Iggz, Rico2Smoove, and Babyface Wood. It’s a tour de force in violent street rap storytelling, and each guy has their own role to play. On the album cover, each guy is labeled – there’s The Ringleader, The Wicked Goon, Quiet But Deadly, The Hot Head, and the Stone Cold Hitter. Each plays their role in the song almost to a tee, and paying attention to the different personalities throughout the album is an entertaining theme to follow along with.

Shordie Shordie’s singing voice is so soothing, especially when contrasted with Mozzy’s bleeding heart style on the verses. The two have made magic in the past with “So Lonely,” off Mozzy’s 2020 Beyond Bulletproof album, and Tell The Truth is no different. The two thrive together as Shordie sings his nasally lullabies and Mozzy punches in right over them to tell his G tales.

Good, old fashioned Southern bluesy rap from one of the best to do it. You can feel that pained twang in both the beat from Almari and in Peezy’s voice as he raps about watching his mother struggle, and making sure his kids will never have to.

Even COVID-19 Can’t Get R. Kelly Out Of Prison