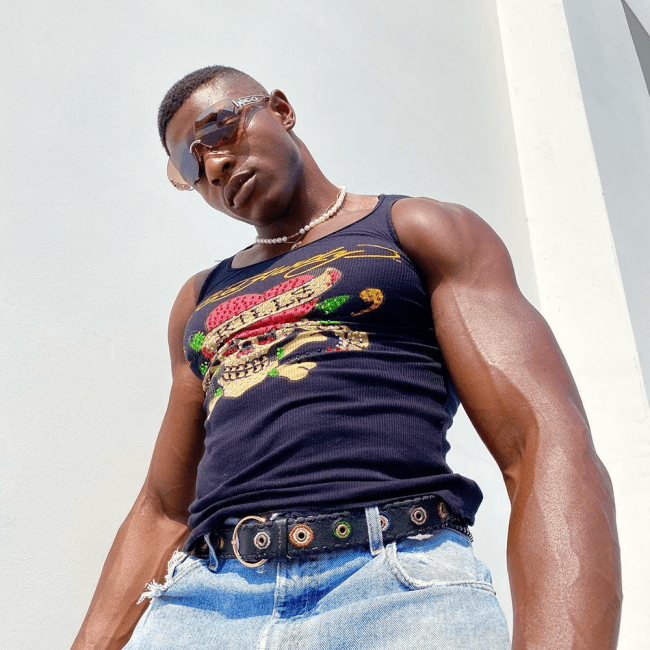 In a past decade, JELEEL! would be the lead vocalist of a band signed to Fueled By Ramen. Since it’s 2022, the Rhode Island artist is instead backflipping to rage beats and tearing his shirt off while screaming his name. “Rain On You” is only a minute long, but that’s more than enough time to get a feel for his high-energy style which could probably substitute for pre-workout with the right conditions. Most of the time when I come across music as over-the-top as this, I end up finding it corny, but over the week I’ve kept running back a bunch of his songs and, honestly? JELEEL!’s whole thing is pretty fun. Someone let tobi lou know we don’t need “buff baby” anymore. I’m ready to cop a whole crate of Jeleel Juice.

Kelly Moonstone’s “Just Another Day” is a warm and calming reminder to take things slowly, something we all need from time to time. “Keep the faith boy, you’ll be straight boy,” the Queens musician sweetly sings. “Chin to the sky, stay high.” Mavi comes in for the assist with a knotty, world-weary verse where he wonders if he’s doing his ancestors right. Ovrkast’s slinky keys and crunchy drums tie it all together while giving an already-smoldering song some more warmth. It makes for a song as lovely as the first bloom of spring.

I’m a simple man: When a rapper says they’re Jackin’ For Beats, I listen. It helps to be one of the best rappers alive, and Starlito is casually that. For My Foes Vol. 2 comes a little more than 10 years after the first with four tracks to get into. There’s old beats (“DJ C-Lo Freestyle”) and new beats (“Self Loathing,” “Super Co Parenting”), but it’s still the same Lito. Here, he’s rapping about learning to be a better co-parent and sending heartfelt apologies through songs because his number is blocked. If you’re more in the mood for endless sports references and back-to-back punchlines, he’s got those for you too. “Still active, ain’t gotta rap, you see I ain’t broke/Phone slappin’, like they tellin G.I. Jane jokes,” he spits.

I find it difficult sometimes to describe qualities of musicians (people in general, really) that aren’t visible or easy to point out. Some artists have really cool voices, others pull wild stunts in their music videos, and a few are so shamelessly interested in the money they could make with a hit you can hear the desperation in their music. New Orleans’ Rob49 doesn’t really check any of those boxes for me, though he has a warm drawl reminiscent of Soulja Slim. He has a magnetic personality that makes you want to hear how his stories go from start to finish. It doesn’t take long to realize that a person has that quality, but it’s hard to pinpoint what exactly makes them seem so interesting. From the very first line of “Alright,” an aside about cheating on his girl, there’s eyebrows raised and actions that go unexplained. Action thriller is one of my favorite genre of rap songs.

BandGang is on fire right now. Lonnie Bands has been rapping out of his mind for over a year straight now and Masoe’s been heating up too. “Fox 2,” the intro to his recent mixtape 886, is a minute and 45 seconds of no filler raps. “The coupe got internal bleeding, bitch, the seats red / They say ballin’ ain’t a crime, tell that to the feds,” he brags. His cold delivery on this song turns every line into a a sharpened icicle—even the non-threats could leave you with a few cuts.

R. Kelly Would Rather Skip Court Than Win An Underage Sex Lawsuit

In Hip-Hop and Beyond: Dr. Lonnie Smith [Playlist]

Eminem & Lil Wayne Share They Both Research Their Own Lyrics