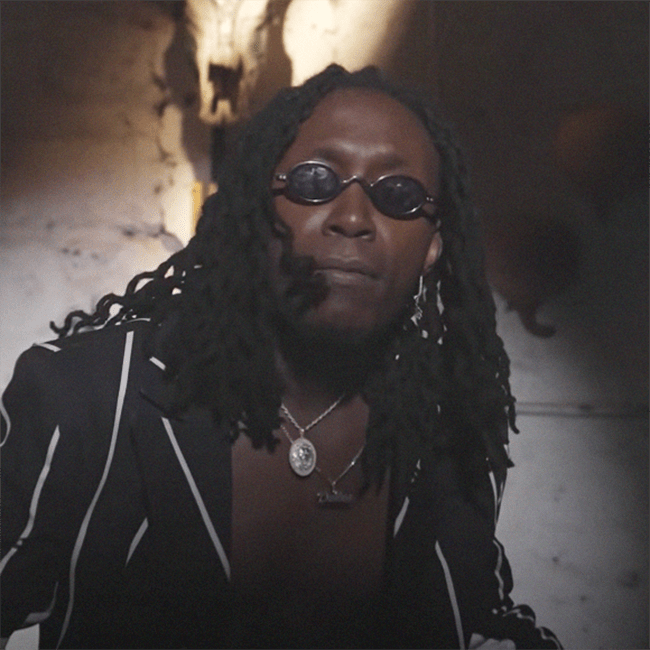 From Kenya: While the adage “thick thighs save lives” is a mantra to live by in any straight man’s life, it’s Bien’s velvety warm voice that gives this song its captivating quality on first listen. The rhythm is produced with great restraint, giving space for the voices of Bensoul and Bien, while the drums maintain the metric and give way to the exchange between the atmospheric synths and the omnipresent Benga guitar. Bensoul maintains his melodic skill in the verses, always opting for catchy rhythmic deviations, but it’s the chorus that takes “Thick Thighs” to the next level. This is pure class.

From DR Congo: Of course the great Koffi, the legend who has contributed most to the musical development of the Democratic Republic of the Congo (and by extension, to the entire French-speaking parts of the continent), was going to release a football-themed bop just in time for the African Cup of Nations 2022 (which, by the way, is already in its final stages and is more exciting than ever). The track is top-of-the-line soukous, with energetic snare drums, handclaps, and keyboard sounds that slice through space like lightsabers while outlining the typical I-IV-V-IV harmony of the rumba. Tradition must be kept alive, and who better than old Koffi to bring it to the pitch.

From Senegal: I am fascinated by this beat. For starters, the main synth line gives me very late 70s prog-rock — or 2000s prog-metal — vibes, with its super-pronounced obstinato, but it’s the underlying sample that’s the most interesting; that hammond organ with the flattened voices at the beginning of the loop sounds halfway between psychedelia and gospel and gives the song a deeper dimension. Wagëblë are already seasoned rap veterans, and their determined and solid flow intersperses French, English and Wolof with complete ease.

From Namibia: This quite percussive type of amapiano is simply sensational. Namibian artist Sesfikile has already covered different styles, from hard rap to afropop, but listening to him just chilling and being carried away by the log drums of this beat is a delight. The production always gives you something to focus on and puts you in a state of constant build-up until the very end, where it drops all pretense and goes back to more primal percussion. It’s worth every second of its almost six minutes of runtime.

From Kenya: This is a meeting of generations. The song is a tribute to E-Sir, one of the founding fathers of what we now know as Genge (where the most danceable Gengetone came from), 19 years after his tragic death. Released on the day he would turn 40, “Bandana Ya Esir” brings together Nameless, who shared the stage with E-Sir himself, Nelly The Goon, DMore, and the younger Habib and Trio Mio, who exchange tremendous flows, in which they speak of the great respect for their icon and reflect on the long journey that this style of music has had over the years. It’s a great way to pay respect to the heroes who gave us entire genres.