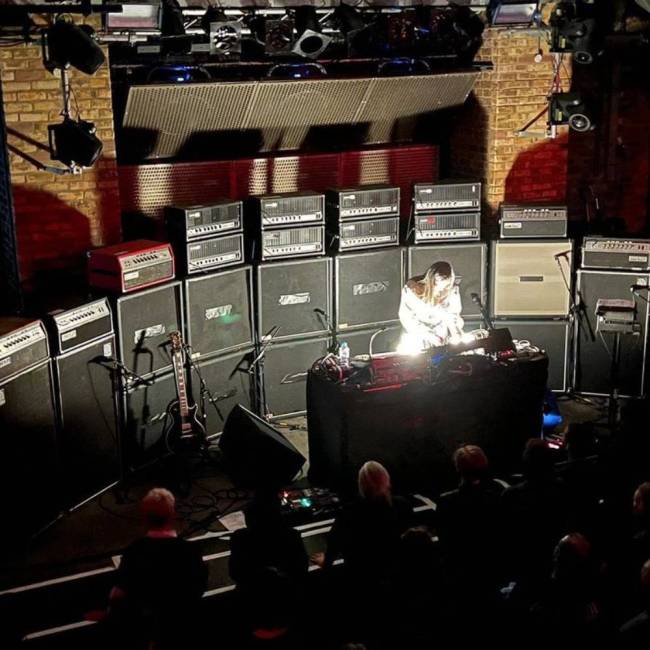 Like Drake’s dance record that came out last month, there’s no way we could not talk about Beyonce’s dance record, Renaissance, which came out this month. We won’t be that long, but like Drake’s album, this is one of the best records Beyonce has put out in years. It’s really fun. Like Honestly, Nevermind, Renaissance is a pop record (maybe you can argue it’s more soul music. Beyonce is really hitting notes all over this record), and a dance record second. Unlike Drake though, Beyonce seems to really be a fan of dance music. Read the credits here, there are samples from Kilo Ali, Donna Summer and Giorgio Moroder, production by Honey Dijon, and writing credits for Kelman Duran. Hell, you don’t even have to read the credits, just listen to the record, there’s house tracks, techno tracks, disco tracks, freestyle tracks and lots of ballroom music, and on the best and most innovative track on the album, “PURE/HONEY,” a completely outlandish and totally successful combination of ballroom and disco music.

Using a classic MikeQ remix of Masters at Work’s “The Ha Dance,” the beat that makes ballroom music ballroom music (but which surprisingly isn’t listed as a credit on Renaissance… Come on Beyonce), and a sick acid house like bass line, the track seamlessly shifts into a disco house groove, complete with Earth Wind and Fire style horn hits, and then back into the ballroom beat, all while Beyonce is alternatively rapping and singing her ass off. Has a DJ shifted from playing a ballroom track to a disco or house track before? I’m sure. But has arguably the biggest pop star in the world done it on a studio album before, exposing millions and millions of people to both ballroom music and disco and house music? No way. Even if most people aren’t nerds who are going to read the credits of the album and search out the dance music that Beyonce is sampling and referencing on the album, there will definitely be some people that do, but more so, this album will undoubtedly introduce dance music to people who might not otherwise have heard it, and that’s not a bad thing at all.

Speaking of ballroom music, there’s also a great new ballroom track out by Philly’s DJ Delish. Going off the classic Ha Dance sample, DJ Delish adds experitely chopped percussive alarm sounds, and a vocal sample that seems to be mixed to sound like it’s swirling around the listener in a kind of psychedelic way. DJ Delish ballroom remix of The Grateful Dead when?

Alright, one more time, and then I swear that’s it with Drake’s Honestly, Nevermind, but Aubrey has to get DJ Merks to do a Jersey club remix and Sean Dream to do an amapiano remix if he really wants to be down with the dance music scene.

DJ Merks, who is from New Jersey, does a great job on his Jersey club remix of “Currents.” Keeping this simple and classy by turning the bpm of the track up a little, adding in pounding Jersey club bass drum patterns, and of course, the cherry on top of Jersey club tracks, the “bed squeak” sound effect. That’s it. That’s all you need. Drake, and any other pop star looking to dance music for your next project, take notes.

Sean Dream, a producer from Fort Worth, Texas takes a similar approach to laying down an amapiano remix of OVO affiliate PartyNextDoor’s “Not Nice,” simple, classy, and effective. Filled with shakers, subdued bass drum hits, thumping bass, insistent synth hits, and the loungey pianos that give amapiano, the South African variant of house and kwaito music its name. The track is exactly what you want when you want amapiano.

Alright, one more time, and then I swear that’s it with Drake’s Honestly, Nevermind, but Aubrey has to get DJ Merks to do a Jersey club remix and Sean Dream to do an amapiano remix if he really wants to be down with the dance music scene.

We’ve talked about the new wave of Brazilian baile funk coming out of Soundcloud a couple of months ago. It’s a DIY maximalist barrage of found sound, noise, and bass coming out of Soundcloud producers all over the country, but this scene, at least seams, so big and productive that you could probably write a whole column every week about the best new tracks in the baile funk scene and still not catch everything. This track by DJ Renan CF really stands out from anything else I’ve heard from the scene though. Where most other baile funk tracks are ridiculously loud, chaotic, and fun, this one is indeed loud and chaotic, but also somber. Anchored by a beautifully subdued, almost bedroom pop style, singer gracefully floating over a chaotic baile funk beat, filled with silly vocal samples and grating micro chopped samples, it’s just a beautiful track, and an interesting new direction for the new wave of baile funk.

Like the new baile funk scene in Brazil, in west, east and south Africa, the bowels of suburban America, and in New Jersey and Philadelphia there is a wave, or a zeitgeist if you will, of young people making abrasive, loud, noisey, dance music that takes “traditional” regional rhythms and pushes them into the future with loads of distortion and overdrive. Like baile funk producers, kids in New Jersey and Philadelphia are on Soundcloud everyday it seems, constantly uploading their own concoctions of Jersey club music, video game music, memes, and noise music, and reposting similar tracks from their friends. Take this track from Mg_Burto, a remix of Lil Wayne’s “Fireman,” as one of the best examples of this style. A remix only in the sense that it starts off with a loop of one part of the chorus of the Lil Wayne song accompanied by the overdriven and distorted Jersey club bass drum hits, then quickly descents into madness as video game sound effects and what sounds like cracking whips invade the track while the drums all of a sudden speed up and slow down on a hairpin. Strap in, this is definitely the current zeitgeist, but I have a feeling it’s also going to be the future of dance and electronic music too.

The kids are not alright. What’s shaping up to be the most politically and socially progressive generation in recent history is being held hostage by octogenarian leaders intent on destroying the world before they depart it. That’s my big headed take on how you get music like TwerkNation28. We’ve talked about them before in this column, they (I’m pretty sure TwerkNation28 are a collective of DJs and producers, but it very well could be just one person), make raucous, cartoonishly distorted digicore and hyperpop inflected, Jersey club music, filled with wild sound effects like screaming cop sirens and Lil Jon’s “What!?” adlibs, and ridiculous samples of pop songs from the 2000’s and 2010’s. Like imagine Ashlee Simpson’s “Pieces of Me” crushed with digital distortion and chopped into a Jersey club beat. You don’t have to imagine it, because that’s exactly what DJ Crakrok’s “If this sample sounds familiar you’re a creep,” a track included on this compilation, is. It sounds ridiculous, and it is, but they’re adamant that it’s not a joke, a meme, or a troll, but an honest reflection of their own musical interests and their love of Jersey club music, which also seems very true. As, hopefully, you read above, there’s definitely a scene of young Jersey club producers embracing noise and distortion, and these kids are definitely a part of an international zeitgeist of younger dance music producers interested in making fast, overstimulated, noisey, DIY, dance music that has one foot in kind of “traditional” rhythms and the other foot firmly planted in globalized internet culture where the juxtapositions of musical ideas often times produce really beautiful movements even in all the chaos. Plus, it’s music that confuses and angers older people. Music like that is priceless.

Alright, enough of the hyperactive music for teenagers, here’s something for adults that like to drink foul tasting hard alcohol, eat dark chocolate, and listen to music on headphones, not blasting out of Acer laptop speakers, so as not to disturb their neighbors. You know, real adult shit.

Anyway, Kali Malone might be the most famous, young, avant garde classical, modern classical, minimalist, “new music,” (or whatever you want to call the tradition of extended, experimental, compositional music) composer and musician in the world right now. Her albums get reviewed by Pitchfork, NPR, and Resident Advisor, she even got a shoutout from Maggie Rogers in Vanity Fair, and for good reason. Her music, which is mainly composed for organs, is slow, contemplative, but sometimes actually loud and intense. Using the bassier regions of the organ and the instrument’s ability to elongate rumbling drones, her music invokes as much of Pauline Oliveros’ earthy deep listening music and the bird killing distortion and atmospherics of doom and drone metal and dungeon synth music, as it does the grandeur and seriousness of medieval Christian organ music.

On Living Torch though, she switches it up a little, subbing the organ out for a trombone, a bass clarinet, and a drone box called a Boîte à Bourdon run through a computer program and Éliane Radigue’s modular synthesizer, to make something as heavy, all consuming and face melting as anything any drone metal band has ever done. Processed through the modular synthesizer with long tails of whirling distortion, the trombone and the bass clarinet sound like the dirge of a funeral band of electric guitars wailing from the Earth’s crust. This is hands down simultaneously the best experimental album, the best compositional music album, and the best metal album of the year.

Autumn in New York listening to some classic bebop, springtime in Paris listening to old chansons, winter in… I don’t know, Iceland listening to Bjork or something, point is, there is music and musical ideas and the musicians that make them so rooted in the place they’re from that their music seems intrinsically fused to that place, and for Southern California that sound is g-funk in the summertime. Shoutout to The Dove Shack. But calling XL Middleton’s music g-funk isn’t exactly correct. Middleton is among the crew, along with Dam Funk, Zackey Force Funk, and others who have developed a sound called “modern funk” that takes the grooves and vibes of classic Long Beach g-funk and adds in the glistening synths of boogie music, some of the harder nose drum sounds of British broken beat and classic electro music, and the bass lines and melodies of p-funk, and established Los Angeles as the sounds home. On the album’s Bandcamp page, Middleton refers to Chrome Springs Eternal as a beat tape consisting of beats made as far back as the 2000’s, up to beats made just a couple of months ago. Over the 18 all instrumental tracks (besides a couple of samples of what sounds like dialogue from movies and TV shows), you hear the progression and growth of the modern funk sound from the kind of lowkey boogie of the first track, to the confident bounce of the last track, “Smokin Pinners,” which sounds like riding off into the sunset in a Cadillac Eldorado. Even if you don’t have an Eldo, and you don’t live in Southern California, this will definitely still bump in your Camry in Sheboygan.

Rihanna On Wait For Her 9th Album: ‘I Like To Antagonize My Fans’