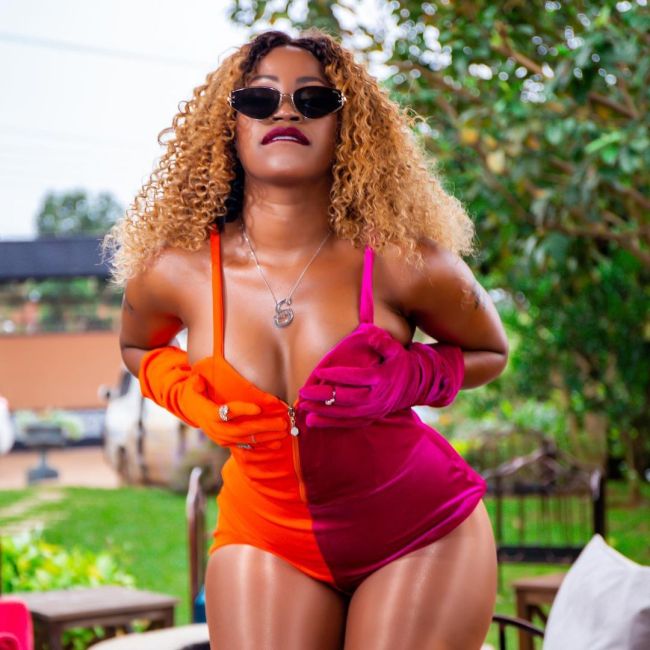 From Rwanda: Sheebah Karungi has been at the forefront of the Afropop scene in Rwanda for a few years now, and tracks like “Yolo” are a strong testament to why; she just keeps making these tunes that play to her strengths as a singer, particularly the way she uses her voice to provide her melodies with gravitas and personality. And that hook is simply undeniable — you’ll find yourself humming to it for days on end. Also, the way she sings: “You’re like marijuana, baby”, is just heartwarming.

From Rwanda/Kenya: Since we’re talking melodies and hooks, you have to give credit to Bruce Melodie for those pre-choruses. He uses his higher register for extra emotional weight, and even when paired with an amapiano backing, he delivers his lines like a gospel singer, but without the melodrama. He’s joined by the defending champion of Kenyan rap, Khaligraph Jones, whose rapid-fire schemes are built like Tetris, stacking disparate patterns into something beautiful.

From Senegal: Something is going on right now with francophone African artists that they’re experimenting with Spanish words and Latin music elements. A good example is “Fuego”, which, is not only titled en español but it’s also being released on a Spanish label. But the tune itself is pretty great — it takes the afrohouse-rap style and injects them with dark, cavernous synths that feel like they came out of a Faithless song in 1996. The Bricks trade melodies and rhymes, but Akhlou one-ups Pako by the strength of his low-pitched hooks.

From Ethiopia/Eritrea: There are voices that are meant to be paired together, like Mykey and Winta here. Their harmonized melodies feel like the most natural thing, especially with the bouncy Krar-led Afrobeat underneath. But all of those elements are also pretty solid separately — their individual voices and the beat, which is a tresillo with a swing shuffle feel that just fuckin’ slaps.

From the Democratic Republic of Congo: Francophone African artists experimenting with Hispanidad, Exhibit B. Yes, the lyrics of Tika begin with “Tú sabes que yo quiero tu cuerpo” (You know I want your body) but it goes way beyond that. For instance, there is a Spanish guitar (it feels more like a guitarra criolla) riffing throughout the whole song and the way it is interacting with the soukous electric ax is simply mind blowing, but there’s also the chord progression, halfway between a flamenco cadence and the more typical rumba (which is also Latin-influenced). It’s a great exercise in stylistic cross-pollination, the like of which you don’t hear so often anymore.

From the Democratic Republic of Congo: Oh. My. God. Listen to those DRUMS. Yes, what instantly captured me about this song was the soukous rhythm and the heaviness of the organic drums, but then you meet the chromatic bottle percussion, the referee whistles that feel like you’re in the middle of a batucada, and of course, the tempo and metric change underlined by the guitars. The drum circle jam turning into a full song — and a great one at that. But it’s still all about the drums, come on.

From Kenya: This is late-night, lovesick urban Afropop at its finest. The vocal harmonies and the verses are deeply rooted in R&B, the i-iv-VI-v chord progression akin to the ’90s incarnation of the genre, you know, the classy one. The claves are just a framework, this is centered around Okello and Bien’s voices and perspectives, although that electric piano feels so delicious it’s impossible to not mention. Extra point for the vocal mixing. All the layers fit like a glove.

T.I. Believes Nipsey Hussle Was Murdered Because Of Jealousy & Hate

First Look Friday: DijahSB Is On A Journey To Save People Through Their Music