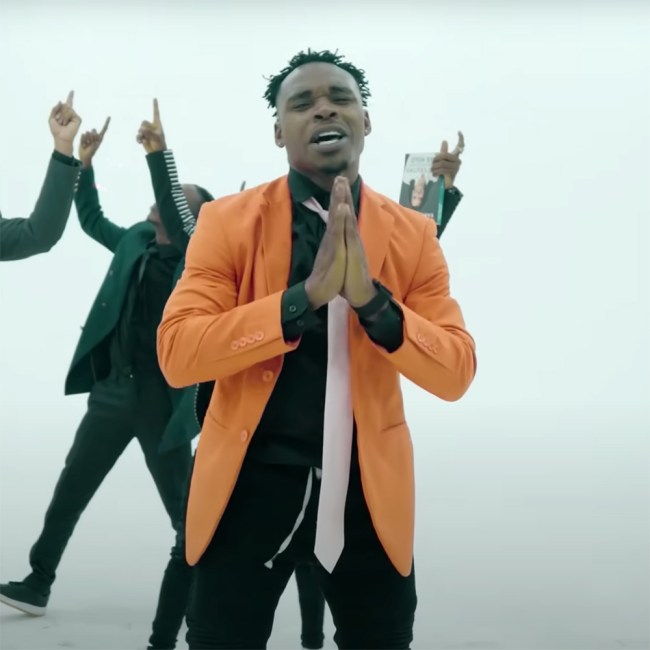 From Namibia: I love it when I listen to a song that perfectly encapsulates the cultural sensibilities of specific nations, people or groups, or regions, and if you’re into Namibian music, this is a complete must. That I-IV-V-IV progression is everywhere in Southern African music, but the way the beats concentrate the polyrhythmic accents in the snares is a Namibia/Botswana thing. And on top of it, “Kulumus” is just an explosion of joy. Just move to it, it will win you over.

From Cabo Verde / Guinea-Bissau: Cabo Verde and Guinea-Bissau are sister countries; they’re both Lusophone, they became independent together (Viva Cabral!), and they share the same musical and cultural icons, so it makes perfect sense for a tremendously popular and talented singer like Djodje, arguably the country’s most soulful voice, to bring in the legendary Manecas Costa for a song that evokes nostalgia and yearning. “Txora” finds both men trading reflections and loving chants on top of a full-bodied, sophisticated production that’s enhanced by Costa’s crisp guitars.

From Angola: Kizomba posse cuts are not necessarily a common occurrence — the field is generally composed of solo acts pouring their heart out, or duets engaging in romantic drama –,but when everyone involved is so clearly at the peak of their powers and at the top of their individual game, how can I complain? “Aprendi” feels like a competition, where everyone is trying to find out who’s got the best melodies and words — though it’s really hard to beat Eudreezy’s first verse — but it holds up perfectly as a song, with a consistent narrative and a natural flow.

From Uganda: The appeal, no, the greatness of “Malaika” (and most of Winnie’s tracks) resides on the way she uses her voice in the studio; her vocal orchestration and layering are superb, taking advantage of her thick, educated tone, and providing enough nuance in her harmonies to enrich her tracks. It’s always impressive when artists truly exploit the roots of their talents.

From Kenya: Oh yeah, it’s the Sauti Sol family again, showing how it’s done. This nostalgic, turn-of-the-millenium r&b-indebted jam is surprisingly memorable, despite being so subtle and understated. Maybe it is the insanely tasteful acoustic guitar playing, or Savara’s less-is-more approach, or maybe it is just some inexplicable Sauti Sol sorcery, but these people always deliver the goods.

From Kenya: This one has everything — soaring guitar interplay, good string-synths, a connection to older Kenyan music via the use of what I think is a nyatiti lyre, and a skillful melodist dominating that i-VII-iv chord progression with memorable hook after memorable hook. Never thought Mr. Seed and Nvirii had this kind of ability in them, but I loved to be proved wrong.

From Kenya: This one has everything — soaring guitar interplay, good string-synths, a connection to older Kenyan music via the use of what I think is a nyatiti lyre, and a skillful melodist dominating that i-VII-iv chord progression with memorable hook after memorable hook. Never thought Mr. Seed and Nvirii had this kind of ability in them, but I loved to be proved wrong.

From Zambia: Well, when you have “Banger Bros” on the bill, you pretty much know what to expect — in this case, a hard-hitting slice of dirty afro-dancehall with a main synth riff that may sound annoying in many contexts, but makes perfect fucking sense in a dancefloor. Bonus point for the “Back it up” reference.

The Game & Meek Mill Record Together After Squashing Beef