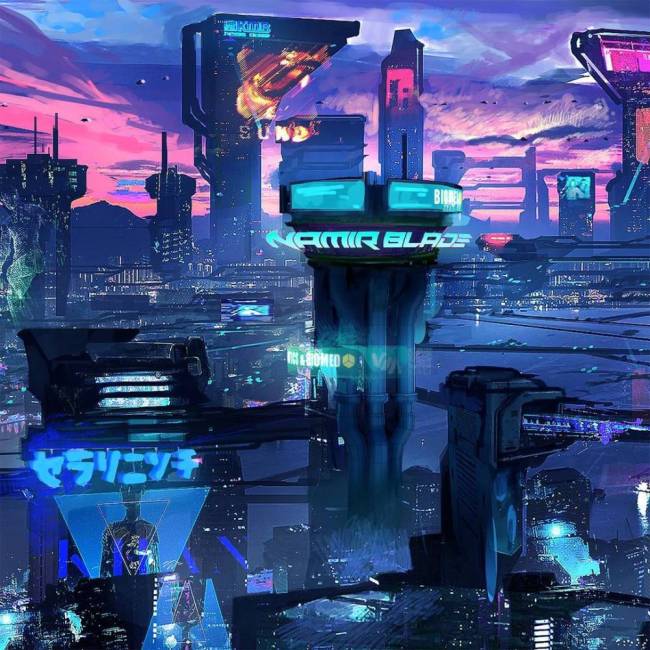 Dean Van Nguyen: big fan of both soccer and music.

Lean in as closely as you want, you won’t detect Namir Blade’s Tennessee roots. His sound is more Vangelis than Lord Infamous; more nerd culture than Nashville. Forget regional sounds, Namir’s new album Metropolis envisions his own cosmic municipality. The celestial sounds that open the first song, “Award Speech,” invokes the feeling that you’re approaching a futuristic city from the air. Namir raps about hiding behind fake facades in the past, as if to put compromises of his vision firmly in the rearview. These days Blade is only interested in burying himself in his interests. The result is a long, testing, and many-sided album. It’s also an imperfect one. Still, you can’t knock the sense of ambition. Like every great city, the headaches don’t obscure the vast beauty.

In real life, Namir Blade—apparently his government name—is a product of Nashville School of the Arts. His influences veer from house music to surrealism to Afro-futurism. Metropolis is entirely self-produced, recorded in Blade’s own living room, and an impressive document of his diverse proclivities. “Boa” assembles handclaps, rasping synths, and blipping electronics to form a lean slice of hip-hop house. “Ontredderd” juxtaposes what sounds like the voice of a digital woman from a sci-fi movie over some pretty piano playing. There are more organic moments too: on the raw and wonderful “Mephisto,” Namir raps over a church organ, some doo-wop harmonies, and very little else. Like his beats, Namir’s vocals are multifaceted, sometimes moving from jerky raps to soulful crooning—see how he sings passionately over the ambient synths and heavy strings of “Guts vs Griffith.” Blade is an obvious descendent of Kid Cudi, and like Cudi he’ll sometimes deflate his voice over the instrumental, rendering it flat, soulless, and vexing to traditionalists. But every aesthetic choice on Metropolis feels like it’s serving a broader purpose­. Namir’s voice box is just another instrument.

Accompanying album notes compare Metropolis to scenarios like Sun Ra time-traveling to the dystopian vision of Los Angeles built by Ridley Scott in Blade Runner, or Marty McFly tearing through the cityscapes of Akira in Doc Brown’s Delorean. Metropolis, both the influential 1927 silent movie and 2001 anime flick of the same name, are cited as influences on this “quest for joy as late-stage capitalism crumbles.” So why, with all this gravitas going on, is it tough to zero in on what this album is actually about? The chief problem is that the writing can be shallow and unfocused. On “Hypercar,” Namir wonders how many strippers he can fit into his Sprinter van before quickly abandoning the concept. On “Monday Michiru,” he slips into overly simplified cadences: “Working all night, hotel to a flight/Ordained as a knight, I’m high as a kite.” It’s strange to hear a rapper so deliberate in his methodology spit what feel like reference bars.

There are instances, though, when he beats the cliché allegations and his individualistic nature comes through. Take “Cain and Abel,” a clever presentation of two sides of his personality. Here, Namir begins by rapping about money and material goods, before the horror movie beat dissolves into a bright soul loop, the signal for him to muse on more serious matters, like controversial American policy, both foreign and domestic (“Gotta go and bomb Saddam in case they nation wan try us/Gotta poison half the population ‘cause shit get dire”). “Ride” is about the joys of looking cool while driving, yet it ends with an oddly melancholic view on life as he reckons with the feelings that he’s living what he’ll someday consider as the good ol’ days: “But I do know one thing, though/ These seasons come, they go.”

In these moments, Blade’s vision for Metropolis comes more clearly into focus. The concept can’t quite hold together over 55 minutes, but when his idiosyncrasies flash through, it’s clear that Namir is most likely to win by sharpening his singular tendencies and not by turning his back on them.