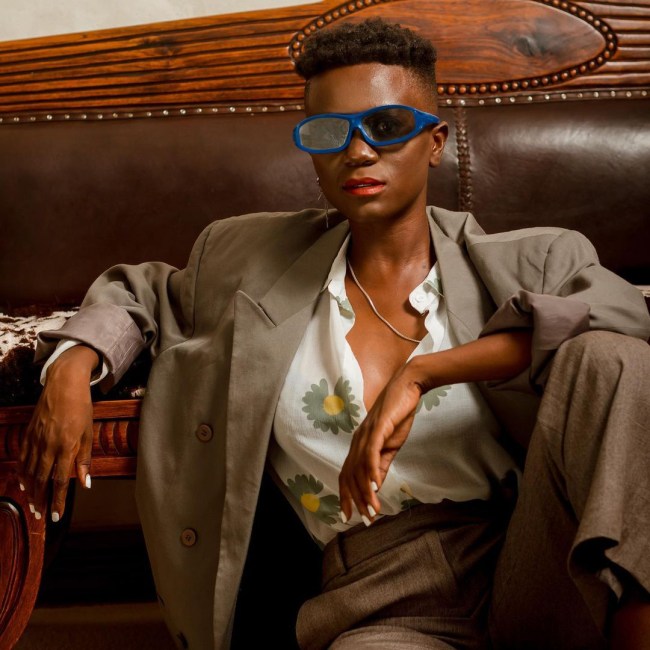 From Namibia: “Lambela” is one of those tracks that surprise and enchant you on the strength of their energy alone, but there’s also an interesting rhythmic interplay that’s essential to its appeal. The two-layer drum patterns oscillate around each other, as TopCheri harmonized shout-singing provides counterpoint and enhances the syncopation. And that’s without mentioning the guitar work and the log drum flourishes, which just complete the Magic touch. This is a true Star in the making. She’s got the tunes to back it up.

From Togo: Togo and Benin are two countries not many music writers talk about, but they are leading the way for the entire Francophone sphere in certain genres; this is understandable, their geographic situation puts them in the middle of the Ghanaian – Nigerian exchange, and the French influence also gets them exposed to ndombolo, zouglou and coupé décalé. This makes for a fascinating musical culture, and explains why “Fire” is an appropriate title here. Sikavi takes afro house and infuses it with some modern r&b, but you can still hear some polyrhythmic gestures akin to what you’d hear in the Ivory Coast. It sounds like many things, but the end result is completely her own.

From Senegal: If the above track is kind of a multicultural fusion, this one could only be produced in Senegal. “Deko Woyofal” has the hyper complexity of the traditional Seben drum patterns — no exaggerating, many of those patterns are nearly impossible to play without the proper guidance from an elder master — and pours them into a half-time 808 beat that suggest a clear French trap inspiration. Actually, with the Seben drums, it sounds like drill. And incredibly intricate drill at that, super triplets and all.

From Madagascar: This tune got me right at the 4:3 rhythm and the chromatic percussion pattern that underlines it, but then it reveals a melodic core that is naturally anthemic and fills you with euphoria. The ndombolo beat sounds almost violent with this combination of synth brass and chants, which heightens the exhilaration, especially in the last third. What a great banger to welcome the great Island nation of Madagascar to this column. I’m impressed.

#DXCLUSIVE: Enkay47 Addresses Schizophrenia In "One Of Those Days" Video

J. Cole Just Accomplished Something No Other Rapper Has

Meek Mill Congratulates 21 Savage On Having No. 1 Album In Country: "We Ain't Never Gonna Lay A Verse Together" –