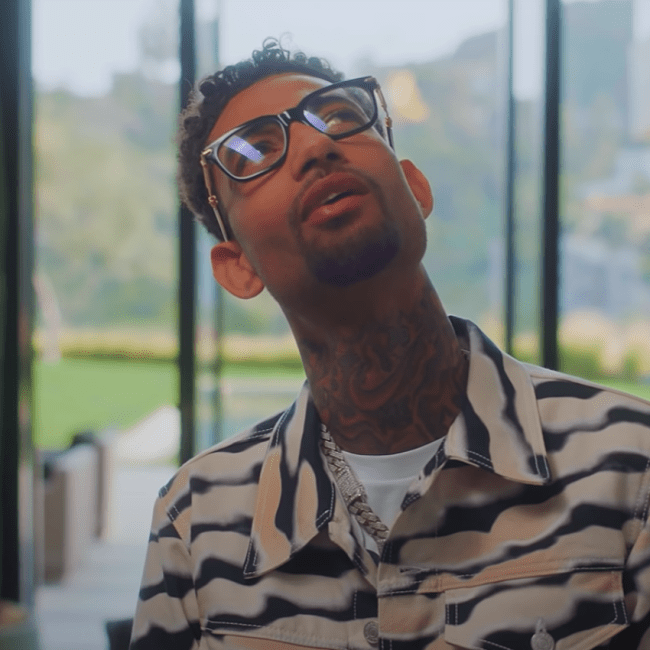 PnB Rock first emerged from Philadelphia with an unusual versatility: he could make credible post-Meek street rap and croon trap love songs like a less gimmicky Fetty Wap. His voice was solid, but it was always more than that with him. He functioned as a Future-like character for teenage Black men without the tics, long list of exes, and complicated emotions. If Future was perpetually toxic, Rock was what happens when a teenager has his first heartbreak and thinks it will last for the rest of his life.

Earlier this month in Los Angeles, PNB Rock was murdered outside of Roscoe’s Chicken and Waffles when a gunman ran up inside the restaurant and demanded jewelry before shooting him to death. The artist born Rakim Allen was only 30 years of age. Investigators and internet speculation claimed that the gunman may have come after Rock’s girlfriend posted an Instagram story of their location, but even if that’s true, she is not to blame.  Rock, her, and his family are the true victims here.

Philly kids trend have an underdog hustle in them, and Rock embodied the spirit of Dreamchasers and Kyle Lowry. His music was defined by the freedom of having no one to answer to. If Kevin Gates, Drake, and Future were the most emotionally damaged men of the 2010’s, then PNB Rock was the son of their crooning vocals and millennial masculinity. To see Rock gone is to see another artist that defined the lives of kids born after 1995. It’s another tragedy in the midst of an epidemic of fallen rappers.

“I’m just some young guy from Philly that be singing and rapping, trying to take niggas’ girls, ya feel me?”, PNB Rock told HipHop DX in 2017. That was Rock putting it simple. He was an example of the lack of resources and direction in the hood, choosing the name “PnB” from the two blocks where he was from in Philadelphia: Pastorious and Baynton. At 15, he left home and started selling drugs. By 19, he started to rob people to make ends meet. It was only after he went to jail where he realized his gift for writing.  As a songwriter, Rock perfected his brash theatrical lyrics. One of the best examples was 2016’s “No Time”, where the hook is a series of questions: “Is You Fucking With Me/Cause I’m Fucking With You/I’m really in the streets/So what am I to do?”

Rock was a master at the falsetto that sounded like Jodeci on lean. On a song like “Notice Me’, his voice would ascend to a mournful high . “Do you notice me?”, he cried out, as if he was talking to a neglectful partner, giving us a song from the viewpoint of an immature boy who is dying for love.

His music meant something to kids still trying to find their way. In the second semester of my sophomore year – and final year –  of college, Rock’s debut album, GTTM, was on a long list of albums that my friends and I played to death. Rock is inescapable from my memories. Years of camaraderie honed in my college friend’s Therino’s green car, or Kalif’s black Nissan Altima, energized by Rock’s high-octane “Range Rover ” bumping through the speakers. It started like an up-tempo Future song. Rock is in pure scumbag mode, saying: “I just fucked your bitch, I’m trying to stay over.” It’s the soundtrack to shadier memories, of the mistakes you need to make to learn.

One of the songs on the playlist that I made for my friend group on drives to college parties was PNB Rock’s “Questions” from 2017’s GTTM: Goin’ Through the Motions. The song starts with an echo and the snares that wouldn’t be out of place on an MMG song. Then, Rock starts his trademark whine. “You keep asking me questions/About who I am texting, and about who I’m sexing/I can’t take it no, no.” In Rock’s song, I saw the potion for the self-destructive fog that immersed me during my college years.

It was during that time when Rock became an artist who bridged the gap between regions. When 03 Greedo called on Rock to feature on the excellent “Beat that Thang Down”, it was two independent hometown heroes – on opposite coasts – coming together for a feast. They sounded like two high-flying but slightly awkward aliens attempting to woo their women. Rock has a number of collaborations like this. He wasn’t necessarily versatile but he was adaptable – like the defensive stopper on a title team.

This past weekend, I was watching Rock’s “No Jumper” interview. It wasn’t particularly noteworthy. There are no pull quotes to insert. It was simply curious, charismatic, and raw. Rock answered every question gleefully. He was engaging. When Adam 22 asked him about the future: “I don’t really set goals. I just go and get it. I always see what is next. When I don’t have nothing, I always go the studio. I ain’t have an agenda growing up. Now I got mad shit to do.” It is a shame that we will no longer be able to receive the fruits of PNB’s drive and success.

But it’s more than just the loss of Rock. The amount of death, public violence, and social media mourning that rap fans now have to deal with gives me an overwhelming amount of grief. Rappers deserve to grow older. For how much I complain about Jay-Z, Nas, and other old men we call legends, I’m immensely grateful that they’re still alive. In the past three years, we have lost Nipsey Hussle, Pop Smoke, King Von, Young Dolph, Drakeo the Ruler, and JaydaYoungin. If I am missing people, it’s because I have lost count. If those lost men weren’t enough, bad actors are trying to say that it is hip-hop itself that is killing these young men. This is a lie.

Violence is rap is no different than the violence that non-famous Black men and women deal with daily. Rappers come from the same neighborhoods that once killed their friends. Getting out of your hood is a fake reality. The problem is not in our stars, our genre, or our culture, but in the fact that the music industry only gives us the appearance of safety. Kids in the ghetto have nothing but their angst and trauma with no resources for themselves, or anyone to talk to. They start plotting on people that they see have more money than them. Until systemic inequalities change, we will be going through cataclysmic pain and suffering for the foreseeable future. I wish I had better news. Watch your back. Love your hood but don’t get too comfortable there. The system has made us hate each other. The bait of small riches is too enticing. Our souls have become much too tired to cope with the world.

Drake, The Weeknd & J. Cole FaceTimed An 11-Year-Old Cancer Patient Before He Died