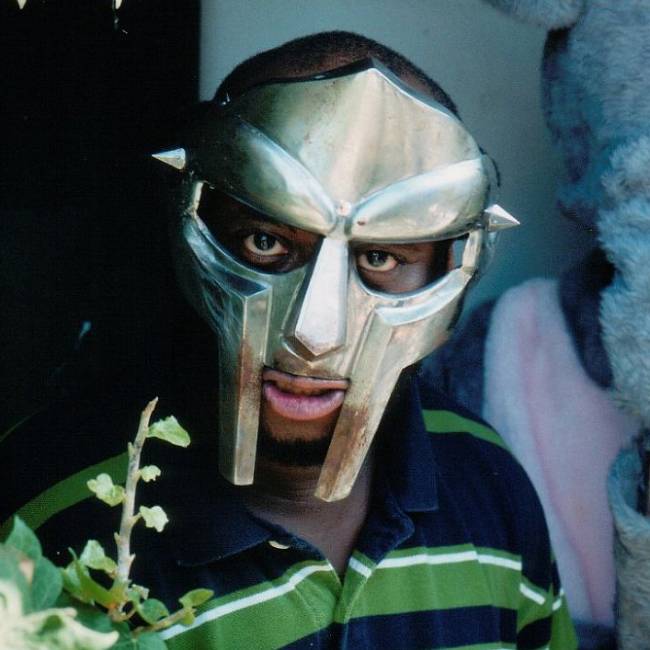 Son Raw scored the MLB lockout months before it even happened with his latest ‘Fantasy RapBall’. 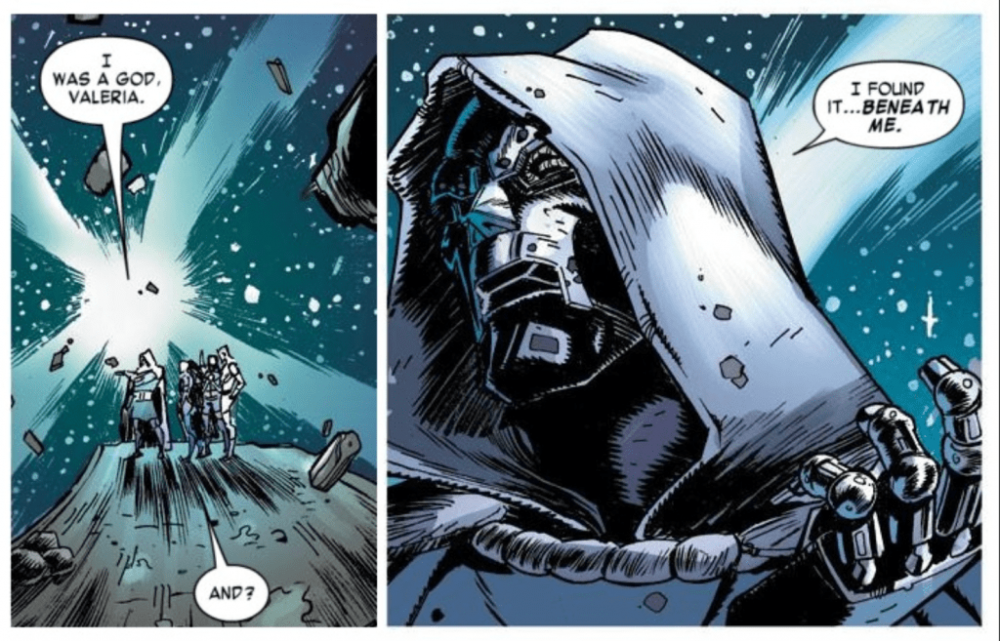 I watched him freeze roaches and bring em’ straight back to life – Viktor Vaughn
I was a God, Valeria. I found it… beneath me. – Victor Von Doom

This in itself, shouldn’t be surprising – his passing was shocking and remains mysterious and unexplained, a scenario lending itself to gossip, whispers and suspicions. Landing as it did amidst an era of global chaos and social distancing, there was no way to properly grieve. But beyond the suffering caused by the man’s passing, I’m still thinking about how to think about DOOM, the artist and the human being. Read any of the well-meaning analyses of DOOM’s writing and you’ll leave convinced he’s a genius. Listen to any of his friends’ accounts of his life and that image of genius will be tempered by stories of a difficult man, who suffered much but who wasn’t above using the mythos he’d crafted for himself to his own advantage. Yet after reading so many tributes and listening to so many podcasts, I find myself no closer to understanding a man I admire as one of the greatest artists of my time. Literary analysis robs his words of their magic rather than revealing it, while ordinary biography not only does the same for the man’s life, it feels positively antithetical to everything DOOM was about – a whirlwind of alter-egos wrapped in a defiant veil of privacy. It wasn’t until a lockdown-induced reading of comic book author Jonathan Hickman’s run on Fantastic Four that I realized that the best way to get a glimpse of what lay beneath the mask was to understand the masked character whose namesake DOOM adopted. Latveria’s own Victor Von Doom.

Doom – for simplicity and accuracy’s sake, I’ll refer to the character in lower case and the emcee capitalized – has a well-trad origin story, and listeners of Operation Doomsday and Mm…Food already know the key points. Born to a migrant Romani sorceress under an oppressive regime, Victor Von Doom rose from abject poverty to absolutist rule, mastering both science and magic and losing his family and childhood love in the process, before becoming horribly disfigured in an accident he blamed on his nemesis Reed Richards. As could be expected for a character first conceived pre-Beatlemania, Doom’s story has been retold, redrawn and reimagined countless times, much as DOOM himself would indulge in various retellings of his life story. At his cruelest, Doctor Doom sacrificed the love of his life to a demon in hell in exchange for the power to possess Reed Richard’s daughter Valeria, all while imprisoning and torturing her family (it’s a lot). Conversely, like every cool comic book villain, Victor Von Doom has also evolved into an anti-hero. He’s the supposedly benevolent autocrat protecting an oppressed people, a man who escaped the trap to not only thrive, but threaten the global powers that would have left his people to rot. He’s also incredibly vain and egotistical, flaws meant to hide a crippling self-hatred and self-doubt. The more you read about Doom, the more you have to wonder: what kind of person takes on this mantle? And the more you listen to DOOM’s music, the more obvious the answer: the kind of person who’d write rhymes like dimes.

Neither Doom nor DOOM needed to wear a mask. DOOM could have easily rocked the stocking cap he adopted at open mic nights to avoid comparisons to his KMD days until his new persona solidified, dropping the disguise like his fellow Marvel fan Ghostface Killah did. Likewise, Marvel continuity is fuzzy on how bad Doctor Doom’s facial injuries truly are – the character’s face is rarely shown in full, and writers have alternated between portraying his injuries as frightening disfigurement and a minor blemish that Doom’s outsized ego cannot handle, forcing him to forever hide his face. It’s not hard to see how an emcee who lost his brother and partner to a senseless accident, only to see his career discarded by an uncaring industry would feel kinship to a character injured and/or disfigured while working for an American government that didn’t care about him or his people. What’s harder to understand is how that guy would decide “yeah, I’m gonna wear this mask for the rest of my public life.” It’s only when you realize, for both man and character, that the mask revealed as much as it hid, that everything starts to make sense.

If you focus solely on the pain – both Doom and DOOM’s – you’ll miss a far more important parallel between the two: their jaw-dropping genius. In a comic book universe full of space empires and meta-humans of infinite power, Doom’s mastery of both science and magic still makes him an incredibly dangerous outlier. Think about it: science requires an understanding of the rules that shape the universe, whereas magic demands just the opposite, an ability to dismiss those rules out of sheer willpower and belief. Likewise, DOOM was the rare artist able to forge a completely original style both on the beats and rhymes, displaying an equal facility with the pen and the MPC. Plenty of artists attempt it, with one side of the equation usually becoming dominant, but like Q-Tip, Large Professor, Roc Marciano, Pimp C and DJ Quik, DOOM’s skillset remains perfectly balanced, with the dollar bin records perfectly complimenting the dusty slang dug up in out-of-date rhyming dictionaries.

That their genius remained underappreciated is yet another sticking point shared by both character and emcee, one that often reads as arrogance. This is intentionally grating in Doom’s case though mostly accepted in DOOM’s, given the competitive nature of emceeing. But is it even arrogance if you’re right? My favorite Doom moment in recent memory, one published after DOOM’s passing, occurred when he challenged a newly militant Professor X’s diplomatic overtures and worldview – dismissing pretenses of mutant superiority by pointing out that he, born an ordinary man in dire poverty, raised himself accomplish just as much as the gods themselves. For DOOM meanwhile, arrogance manifested itself both in bars berating rhymers/stripping males, and in a wariness when engaging with the industry. Ask the people running Stones Throw, Adult Swim, Lex or any of DOOM’s other business partners, and they’ll tell the story of hilarious, warm-hearted man who could also be kind of a dick and a terrible person to do business with. It’s funny to read about Doombots foiling the Fantastic Four, but it’s frustrating to hit up a show only to be greeted by a lip-syncing DOOMposter. I won’t speculate on the life issues that led to this behaviour, suffice to say a life of heartache might lead one to some interesting defence mechanisms, but you have to admit that DOOM took the concept of villainy to heart. As for Doom, the man just wants to take over the world because he thinks he’s the most qualified person for the job… and he probably would be if he could just get over himself.

Perhaps it’s a fool’s errand to try to understand a man who spent his adult life creating his own mythos, obscuring lived in pain by positioning himself as a villain lurking in the shadows. Yet where analysis failed, reading about DOOM’s comic book alter-ego afforded me a measure of understanding regarding how he viewed the world. Just as importantly, I’m left amazed that DOOM, long before contemporary comic book writers, was able to grasp and elevate the character’s subtext by mostly drawing from the version depicted in shlocky TV shows. Perhaps I shouldn’t have been so surprised: much of the brilliance of DOOM’s writing is in how he used humor to deflate emceeing’s ego-driven formality. Let the Jays, Biggies and Nas’ claim King of New York – DOOM ridiculed rap’s self-importance building his own throne out of pop-culture detritus and bargain bin word play. Even at his most popular, DOOM was never cool: he was the weirdo interjecting in between the late-night cartoons you watched while popular kids were at the club. That he’d leave us under mysterious circumstances, still looming large over the artform he revolutionized while remaining misunderstood by its gatekeepers, isn’t just in keeping with how he lived his life, it’s positively in character. Long live Doom… and long live DOOM. 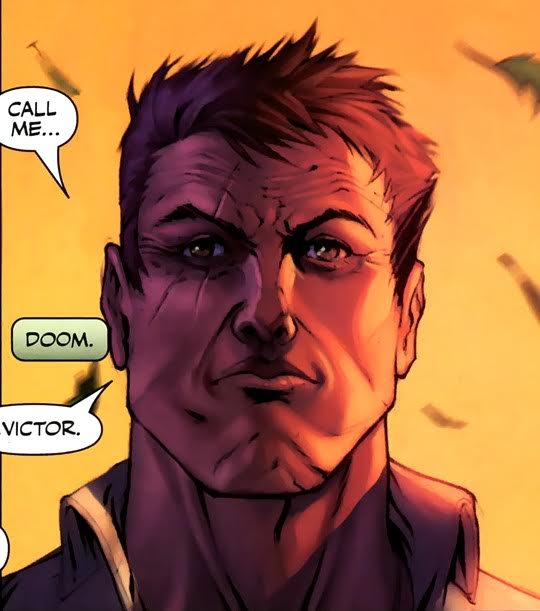