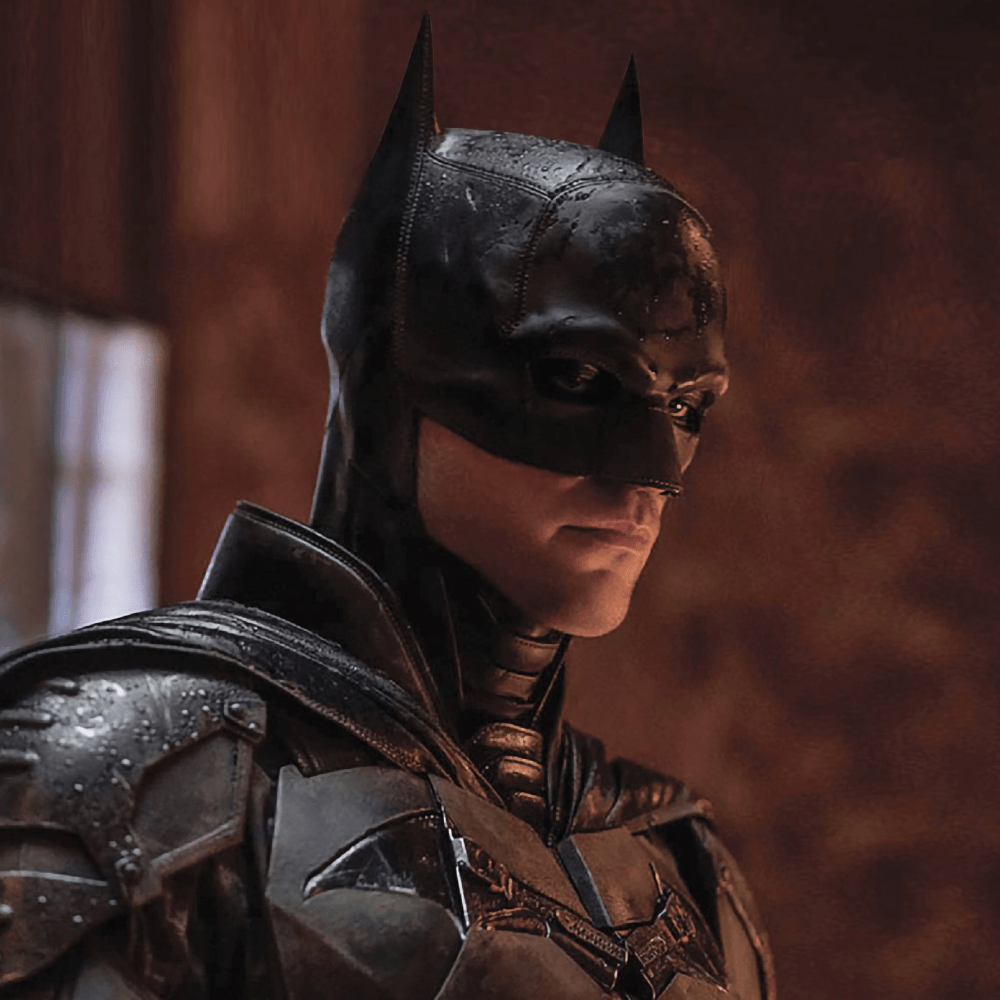 Though we’ve grown a lot, can’t keep it home a lot. Support our paywal and ad-free coverage of the best music and cultural moments from the past, present and hopefully the future by subscribing to Passion of the Weiss on Patreon.

Matt Reeves’ three-hour, steroidal, punk opera vision of the Batman franchise is the most pessimistic and conservative we’ve ever seen. It pulls out the Republican dogma that’s always been intrinsic to the reactionary character, but rarely explored so explicitly in film. It’s more S. Craig Zahler than Christopher Nolan, and that’s shockingly, a good thing. Reeves is an uncommonly talented confident commercial filmmaker who made his bones with the Planet of the Apes reboot. Here, he’s following Tim Burton again, and delivers the most stylized Gotham since Burton’s art deco theme park. His city is different, a crime-riddled Reaganomic nightmare that is all underbelly, where it’s always raining and always night, which is the ideal setting for a plot cribbed from a Q-Anon message board where social programs are a vehicle for corruption, feeding a city’s greed and avarice, with everyone in on the incestuous steal.

Batman has long been the most boring aspect of Batman films, but Reeves and Pattinson solve the problem like no one has since Michael Keaton. This Batman is an open melancholy wound who journals, plays bass for AFI, and listens to Ben Shapiro and Joe Rogan’s podcasts, but spends most of the film engaging in a futile war, trapped in an urban hell painted exclusively in only black and only white. He’s also uncomplicated and straightforward in his thinking, with very little turmoil to disabuse him of his Germanic notions. Early in the film he complains about the flimsy Gotham court system and you’d assume would be an advocate for minimum mandatory sentences and a firm believer in recidivism. The criminals in this Gotham leaped out of an OAN fear mongering segment, there’s a gang of young hooligans who literally play the knockout game as an initiation test. You have to have a sort of ironic detachment to appreciate art so cynical and sociopathic, but if you clear that bar and view the film as a morality play fantasia that understands exactly what it’s doing, it’s a great hang.

The film was seemingly lensed by David Fincher and written by Robert Towne and Dashiell Hammet, as well as Thomas Aquinas in its downright Catholic moral absolutism. It owes a greater debt to noir than Bob Kane. It turns the Riddler (Paul Dano, unsurprisingly perfect as a creepy weirdo) into a Twitch streaming iteration of Heath Ledger’s Joker, an anonymous cipher who gives voice to very online downtrodden populist resentment and lives in Kevin Spacey’s apartment from Se7en, where he commands a covert angry white dude army and subjects Gotham’s corrupt rich and powerful to a deadly version of what Michael Douglass has to contend with in The Game.

That Batman, as well as the film, agrees with the Riddler is its main shocking innovation. The world and its institutions are broken, corrupt, and exactly as rotten as he believes it to be and he sees Batman as his inspiration and brother in arms. He is the voice of righteousness that the film explicitly states is a more extreme Batman (I’m not interpreting here, it’s in the text, and this has to be one of the least subtle films ever made). In this way, The Batman betrays its protagonist in a way we haven’t seen since Ryan Coogler allowed Chadwick Boseman’s T’Challa to get absolutely washed with his political isolationism by Michael B. Jordan’s Kilmonger and his vision of global racial solidarity in Black Panther. But the film hates everyone, particularly John Tuturro’s crime lord Carmine Falcone and Colin Farrell’s other crime lord, Oswald Cobblepot. Reeves was given hundreds of millions to make this movie, and it looks like it, but he saved on craft services by feeding Tuturro and Farrell nothing but reams of film on set. Their performances are perfectly pitched works of cartoon villainy and wouldn’t be out of place in Warren Beaty’s Dick Tracy.

The film does all the typical muddled, reheated hand wringing over the nature of heroism and what Batman is and what Batman means, but its lack of commitment to the bit is telling. The resolution is nonsensical and completely arbitrary, and does absolutely nothing to take away from its adrenalized fun. We’re here for tremendous set pieces and vibes, and Reeves delivers them in spades. If we accept that we’re just going to be recycling this IP forever, it will take original filmmakers and unexpected perspectives to keep us interested and engaged. Reeves has found one I never would have expected in 2022 and can’t believe I loved: From the right.

There’s all the now mandatory franchise establishing in this debut installment, and we can only assume after Reeves knocked this one out of the park he’ll be back for a sequel. If I had to guess the plot of his next film, it would be Batman storming the capitol. I can’t wait.

“It Was All About Being Fearless:” Clams Casino on 10 years of A$AP Rocky’s ‘LIVE.LOVE.A$AP’

Pusha T Reveals He & His Wife Are Expecting 1st Child