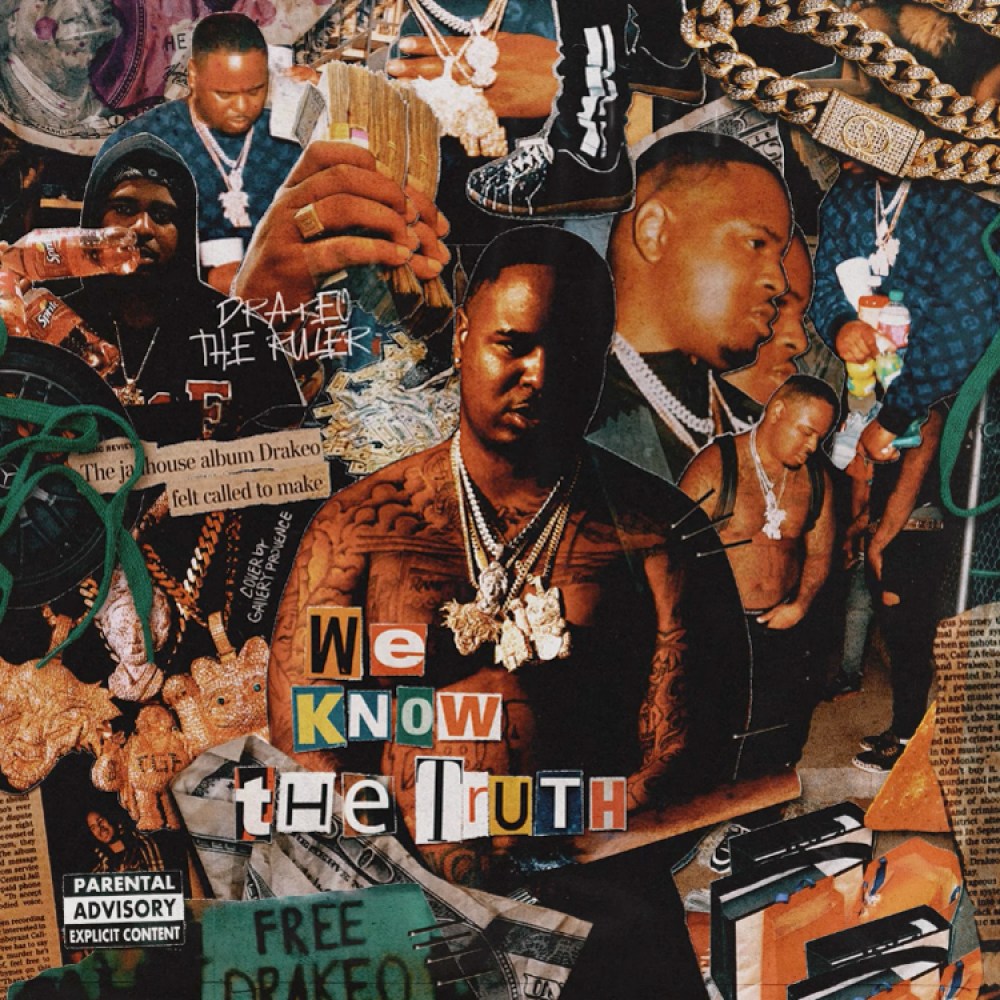 Mz Free‘s new slogan is ‘Drakeo taught you better that.’

Drakeo The Ruler was released from prison with a vendetta. Did the world forget about the Ruler? Or did the cold jail cell that became his home for the last three and a half years change the way he viewed the outside world? Despite the injustice he was experiencing while being held in Men’s Central Jail, he never lost hope for the music or his freedom. Locking him in solitary confinement the majority of his time, the judge continued to take his phone privileges and social media rights. He continued to post tweets about the DA, spreading as much awareness to his case as possible. He still managed to call and ask me to record verses while being confined. Drakeo wrote over 200 unreleased songs while awaiting trial. Songs that later became anthems, memes, and ways of living for some. He was devoted to prove to the world that there was only one DRAKEO THE RULER. Within a year’s time, he did just that.

I remember having a conversation with Drakeo on the phone while being incarcerated where he vented about the lack of support he received from other artists and people in general. In his unmistakable Drakeo voice, he warned that when he was released he would “bleed the scene.” He always knew he was innocent and always knew that he would be released. When the world counted him out he counted himself in. He gave us remixes and teased of music that was freshly recorded, even going so far as releasing an album recorded through the jail phone with JoogSzn (the masterpiece Thank You For Using GTL).

I remember going to court and as soon as he saw me he just smiled and laughed. Throughout the whole ordeal he remained positive and happy. Drakeo was determined to keep his name, voice, and unique style relevant and wouldn’t allow anyone to forget or acknowledge who created the sound first.

On November 5th, 2020 Drakeo The Ruler was released from Men’s Central Jail at about 1PM. in the afternoon. I remember getting a call from him early that morning, saying that he probably would be getting released. After 3 1/2 long hard years of phone calls, and letters, and court dates, The Ruler was finally coming home. Drakeo was released with a trash bag full of raps, and instantly jumped into a designer outfit that was waiting for him upon his release. He went a few places that day: the bank, his Jeweler Rami, and to the studio. I remember meeting him at the studio that night; I was so excited for him, for his family, for West coast music. He recorded a few tracks that night, which later appeared on his homecoming project, We Know The Truth. Drakeo created that slogan while he was incarcerated to remind his supporters that no matter what the judge or anyone else said: “We Know The Truth”.

Drakeo believed in one thing and one thing only and that was the truth. He was a firm believer that the truth would set you free even if it hurt. Drakeo believed in his ability and talent and wasn’t surprised when he received an all star cast of rappers to accompany him on his newly released project. Despite all the hate and backlash he never allowed that to distract him from his main objective, and that was the music. Drakeo used his first debut album to make a statement and let everyone know that he was a force to be reckoned with. If they had forgotten about him, they would soon be reminded. The song that stood out the most was “Energy”.

Drakeo created an anthem for a mood that everyone was feeling. “Keep that same energy”. I remember the first time I heard the track with the marvelous beat selection and not to mention the incredible feature by Tee Grizzley, I thought to myself, “This The One.” I related so much to how Drakeo was feeling at the moment in my own life. He was unapologetically blunt and real and didn’t feel he needed to apologize for it. Why? When the rest of the world lived in their truth. Why couldn’t he? He had such a strong influence on West Coast music, which scared some. You simply can’t fake real and that scares the fake. One thing about Drakeo was he loved his life and everyone in it and he instilled that passion and self love in his supporters. Every time I would listen to “Energy” I would remember him in that jail cell and what he went through and how he overcame all that and conquered. “Energy” was written as a message to anyone who wasn’t there, to stay where they reside.

When I turned 30 last year I thought about my life and all I had accomplished and what it took to get there. I also thought about who I lost getting there. I then realized I didn’t want them back, as a matter of fact I wanted to poke fun at them for not making it to the finish line with me. I used Drakeo’s song “Energy” for the theme song of my birthday party video. I had a message to get across to everyone just like he did when he wrote it. So I go back to my original question. Did the world forget about the Ruler? I think not.

The world grew to appreciate him more. The world will always remember Drakeo for his unique sound, his unforgettable personality, his one-of-a-kind fashion sense, his triumph over the system destined to destroy him and his dedication to the craft. They say true legends never die they simply live on. Drakeo will carry on through his family, his friends, his supporters, and the legacy of music he blessed the world with. I’m forever grateful and appreciative that I was able to experience his glory and reign in this lifetime. I’ll miss you dearly friend. See you in Thugs Mansion.