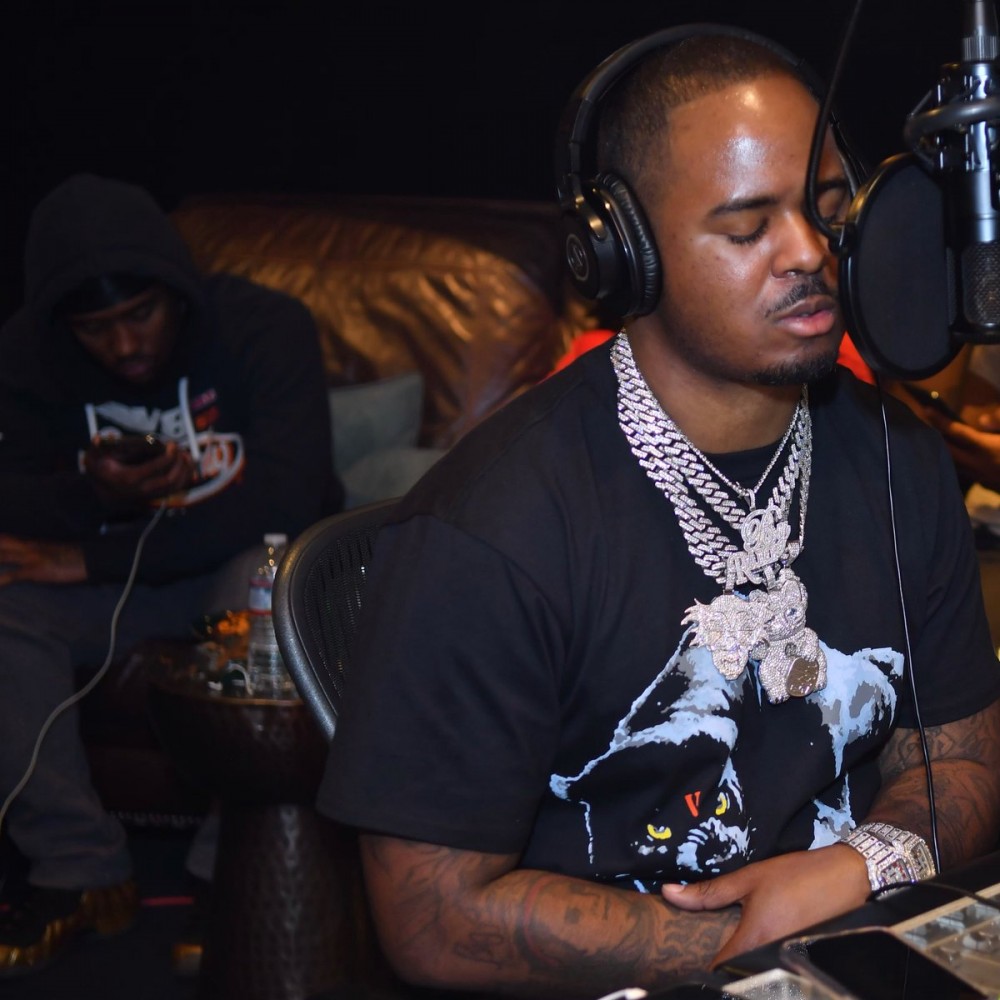 Passion of the Weiss had Drakeo’s back every step of the way, and we still do. Help us do what we do.

I spent 20 minutes on Google Maps trying to find a Bally Total Fitness anywhere near where Drakeo grew up in South LA. This was particularly difficult because Bally shuttered their fitness club vertical in 2016 following two decades of FTC investigations and multiple bankruptcies. The closest one I could find was on 77th Street in Huntington Park, about five miles away from where he went to high school.

I suppose this question has a “where do you get your ideas” banality but god, where did this shit come from, Drakeo? Why did you choose Bally Total Fitness to make puns about weight and making runs, instead of a gym that’s still in operation? Why did you do a whole song about punk rock girls? I get that the gun makes you dance, but why did you cop a song title from Lady Gaga?  What is The Truth?!

Take “Out the Slums,” a song that loops ad infinitum in the posterior of my subconscious. The hook feints towards one thing—“In Cavalli but I came out the slums”—but ends up somewhere else. You think it’s going to be a song about how no matter how rich Drakeo gets, he’ll never forget where he’s from. A decidedly “important” sounding premise. But he never really gets there. His verse gets derailed immediately by a seemingly simple question: “Drakeo man you back on that bull?” A softball if there ever was one.

For whatever reason, that sets the Ruler off: “Duh bitch don’t you see all this mud?” Then he stumbles into a series of free associated boasts and threats, wordplay for its own sake that never makes a point above referencing its own cleverness—I’ve listened to this song a hundred times and it only just occurred to me that “have to blame Bin Laden for the Porsche” refers to a 911—and then before you’ve even started to be able to make sense of it all, the verse is over. Drakeo raps like when you’re trying to make a point but you’re so mad you can’t get started. He calls it “nervous” music, I call it “and another thing” music.

Does this sound like a dig? It’s not. Drakeo was more interesting talking about nothing than most rappers are telling their life story.

Drakeo’s music was how I stayed connected to LA after I moved away in early 2018. Drakeo became the soundtrack to the craziest three years of my life: after I moved to Denver, I muttered along to Cold Devil as I drove down Colfax to catch the Rockies at Coors Field, muttered along to “Ion Rap Beef” after we made the ill-fated decision to buy a house in the Kohl’s and Whole Foods wasteland of the Denver suburbs a year later, then muttered along to the Truth Trilogy a year after that, when we went insane and sold the house we’d bought a year earlier so we could move to rural Indiana to be closer to my wife’s family as we started our own. (Synonyms are a waste of time here, there’s really no other way to rap with Drakeo other than to mutter along.)

I followed every step of his two incarcerations and the DA’s heinously racist prosecution through Jeff’s incredible reporting. (There’s a law working its way through the New York state legislature that would ban prosecutors from using rap lyrics as evidence in criminal trials, so at least something good might come from what Drakeo went through.) I ran into the room to tell my wife like a kid on Christmas morning the day Drakeo got released in November of 2020. Aside from the Dodgers winning the World Series, it was the only good thing that happened in 2020. (Yes this is an LA site, but I’m a Nuggets fan, so.)

I suppose it’s an odd choice to use Drakeo to stay connected to LA. It’s like saying you stayed connected to western Oregon by reading Frank Herbert. Sure Drakeo was inspired by LA, but did he really write about the city?

Drakeo didn’t draw the name of his record label from the block he grew up on. He wasn’t Kendrick, telling us he met Sherane at a house party on El Segundo and Central. He wasn’t Baby Stone Gorillas, who are from the Jungles but go all the way south to 60th Street.

Drakeo didn’t chronicle the world around him. He is not a correspondent for Chuck D’s CNN. His genius was to take the world in his head and make it so compelling and strange that it seemed to expand beyond the bounds of his person. His head got into your head. His world entered yours. Drakeo’s dense cuneiform of slang is his answer to the kind of world-building you see in science fiction. He’s got more in common with Herbert or Ursula K. Le Guin than he does with most rappers. Instead of crysknifes and the ansible, you get Mei Ling and Pippy Long Stocking, Flu Flamming and Big Banc Uchies, Mitchy Slickster and whatever absurd neologism he had in store for us next. He deserves his own Wiki, his Comic-Con style convention, an army of MCU-style pedants primed to correct you when you misquote his lyrics.

Even his references to actual places—Bally’s, Neiman Marcus, Rodeo Drive—feel abstracted, blown up and repeated hypnotically until they become divorced from their real-world meaning. If most rappers shoot on location, Drakeo’s world was all soundstage. He’s less The Wire and more The Cabinet of Dr. Caligari. 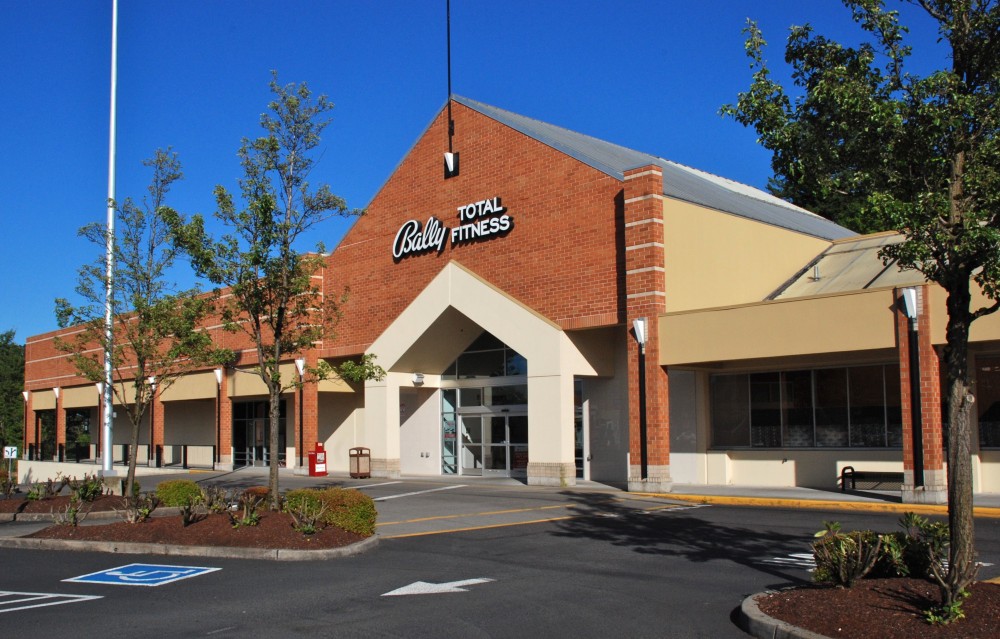 The kind of strip-mall eyesore that made up almost the entirety of the suburb we briefly lived in.

I didn’t just move three times in the last three years, by the way. I also got married, we decided to have a kid, and I quit my day job to write full-time. And the more I focus on making my own art, the more I’m drawn to singular and stylistically innovative artists. Think Prince, Brian Eno, Kate Bush and, well, Drakeo. They inspire me to pay less attention to the world around me, and more attention to the world inside my head—at least as far as making art is concerned. A couple of years ago when I was just starting to develop the book I’m currently deep into my second draft of—a young adult novel set in the world of travel baseball that couldn’t have less in common with Drakeo’s music—I jotted down, “Be like Drakeo! Make up your own language. Trust the world in your head.” Why did I just reference Bunch’s Shop Rite and The Cabinet of Dr. Caligari? Because that’s the world in my head. Bunch’s Shop Rite is my Bally Total Fitness.

My wife is now eight months pregnant, and we decided to make a playlist to play for her in utero. I added “Big Banc Uchies” to it. Mostly because “uchies” is a funny word that is guaranteed to make her laugh. (Also it’s actually one of Drakeo’s cleaner songs.)

But also because after she’s born—and after she’s a lot older—I can tell her about a great artist from somewhere far away from where she lives, who grew up in circumstances totally different from hers. About how he shows us that the world in your own head is innately interesting and worth sharing. How just because his music isn’t uplifting or “important,” that doesn’t mean it’s not great. And unfortunately, how we need to appreciate the things we love because they may not be around forever.

But mostly I’ll play her Drakeo because Drakeo is a brilliant artist, and I want her to have brilliant art in her life.

God dammit I miss you, Drakeo. Why the fuck did this have to happen?

“My Art Came from Within:” An Interview with Gabe Nandez