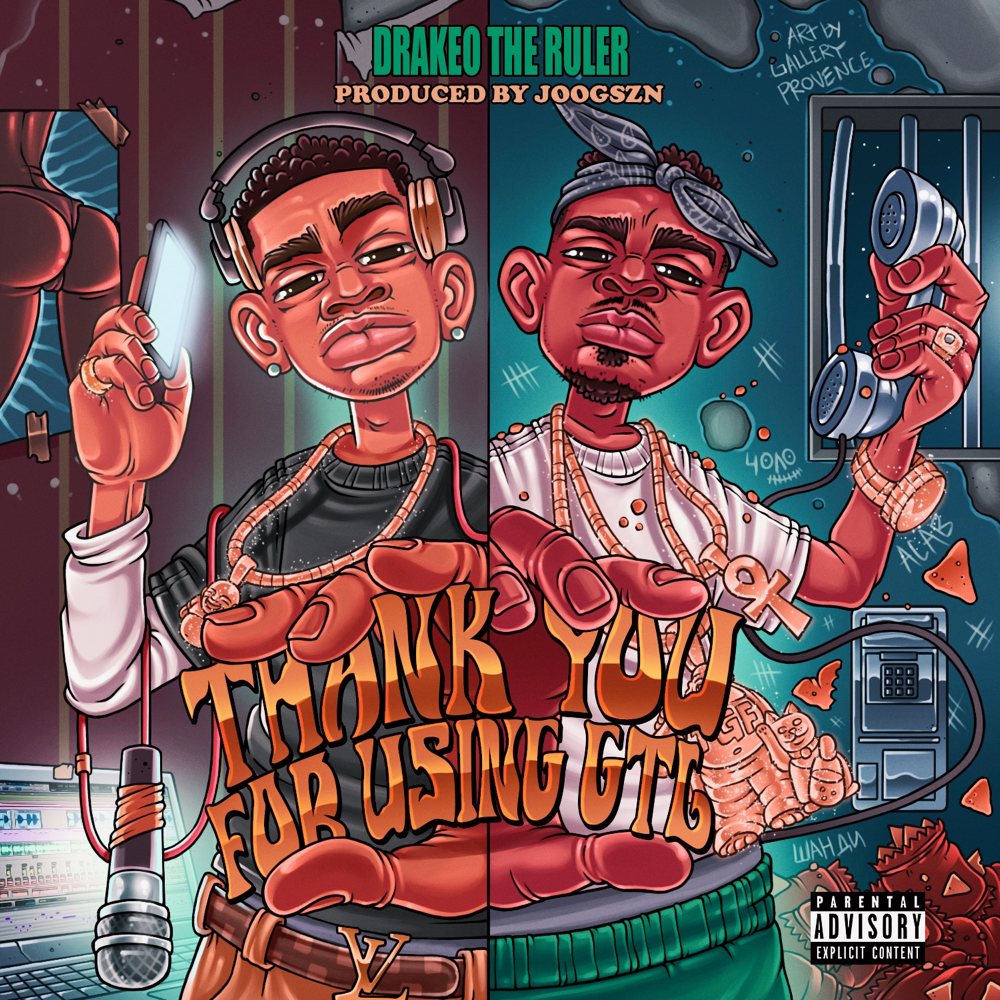 Please support rap journalism’s coverage of the West Coast’s greatest singularities by subscribing to Passion of the Weiss on Patreon.

Yousef Srour is waiting for you to do a backflip or sumn.

Drakeo the Ruler could make a classic one-liner out of anything. “Do a backflip or sumn bitch.” I’ve found myself saying this same bar over-and-over to myself whenever anyone around me starts bragging about something insignificant: work, relationships, minute feats in everyday life. How else do they want me to respond? A proclamation about how they’re the most talented person to walk on this earth? Tears of joy because I’m in awe of how I’ll never be able to compare to them and their accomplishments? No. “Do a backflip or sumn.” Maybe that will make me give you a round of applause; maybe that will have me leaving the conversation with something more than the emptiness that it started with.

Dry humor was always a main draw of Darrell Wayne Caldwell. Unimpressed by imitators, constantly explaining to you why you’re not the shit, Drakeo had no problem putting you in your place. Thank You For Using GTL articulated just that. Even behind bars, Drakeo never lost his sense of humor and he knew that he could still rap circles around anyone in Los Angeles County and beyond.

I listened to a tremendous amount of Drakeo while he was in the pen. I got to know him closer than I ever imagined by transcribing interviews between him and Jeff Weiss, and I reveled in hearing his non-stop jokes and his ability to hold his head high, despite whatever the odds looked like. I didn’t just hear sob stories; I heard first-hand accounts of the atrocities of the criminal justice system from a man who knew the truth and believed that the DA’s office would eventually have to give up (which they didn’t until Jackie Lacey was voted out of office).

Until you heard the whole story, you wouldn’t be able to even fathom what the prison system put him through. At the prosecution’s request, the judge slapped him with a gag order, so he couldn’t even discuss what he was enduring. The Sheriffs put him in solitary confinement, despite the fact that he had already been acquitted on all murder charges. He was tormented, placed in a 5’ by 7’ steel cage, not knowing when he would be able to rap again for the world. The system tortured him. Everyone knew he wasn’t the shooter, but the detectives and the D.A’s office wanted to lock him up for being a successful Black man who refused to bow down to their threats and violence.

It was appalling to see the way that these supposed protectors of the people distorted and cynically misinterpreted his music. It was almost laughable how they demonized The Stinc Team, a rap crew, as though they were the Gambinos. But while Drakeo was still locked up, he miraculously recorded Thank You For Using GTL over the phone with JoogSZN, which offered an accessible gateway into his story and gifts. We learned how cruel his persecution was, and what a singular talent the world was being deprived of. One of the best albums of 2020 was laid down over beats played to him over jailhouse calls. It was a practically unheard of act of artistry from a rapper who refused to be censored, an artist who lived and died by his words.

I went to protests with “Free Drakeo” scrawled out on cardboard cutouts. I played podcast interviews with Drakeo for anyone who would listen. I alarmed each and every person I knew about the criminal justice system’s ability to use rap lyrics against artists during trials, targeting young Black men with gang enhancements, stifling any interaction that they would have with their friends once they’re released. Drakeo knew that he wasn’t the only one in his position. He made it a point to make the most out of his life when he was finally released because he knew it was a blessing to make it out. Despite being released and having to grapple with the psychological after-effects of his time in solitary and paranoia from the target that never left his back, Drakeo never quit laughing in the face of his foes.

Drakeo’s coded vernacular was always enigmatic, leaps and bounds more entertaining than anyone else from the West Coast. “Backflip or Sumn” is the perfect example. The beat is minimalistic and brooding, his flow is a slow-burn. He recounts the failures of his unnamed peers and the times that someone had the audacity to tell him, “You ain’t never seen this high, daddy.” Drakeo speaks of all the tricks that he’s seen folks do for him, from treflips to Benihanas. Drakeo’s underwhelmed by the exotic dancers in the strip club because they don’t seem to understand who they’re dealing with.

Even Drakeo’s trial deliberation was more amusing than the dancers’ pole work. When Jackie Lacey’s office tried to reductively label the Stinc Team as a gang, Drakeo penned bars like “2GreedyFam indictment/They put our pictures on the wall and be like, ‘Damn, they icey.’” It was a reference to when during trial, the prosecution projected a photo of him and the Stinc Team dripping with jewelry, throwing up their “2 Greedy Family,” a sign of brotherhood and camaraderie. Drakeo refused to be mislabeled and took this as a backhanded compliment. The jury was given the opportunity to see Drakeo and his crew in their most brilliant attire, whereas Jackie Lacey had yet to change the color of her pantsuit.

Even bolder, Drakeo oracularly reveals that “if art imitates life, you should probably panic.” His lyrics are being carefully used as evidence of guilt while he languishes in a judicial purgatory, and in full Drakeo the Ruler fashion, he’s still taunting his enemies from behind bars. Any fan of Drakeo (or any media in general) knows that there’s a fine line between art and fiction, but the bad faith prosecutors know that they can convince a gullible jury that they’re real. No, Brotha Lynch Hung did not drop “the body parts off at the truck stop.” No, it’s not true that 03 Greedo hasn’t “cried in a hundred years.” But it is true that Jackie Lacey is an “insta-fan,” exhibiting pictures as free promo for the fans that Drakeo won with this release.

Drakeo “beat the murder and the five other attempts;” everything else is just child’s play. Despite the slight buzz that comes from recording over the phone, he still sounds cleaner than any of his imitators. His voice is menacing, blasé, and to be honest, quite bored. It’s because he genuinely doesn’t care what you’re up to. Drakeo the Ruler saw it all. Everyone beneath him is a jester. If you don’t believe it, do a backflip or sumn.

50 Cent Would Rather Instagram Battle Snoop Dogg Than Ja Rule

Questlove is Making The Sly Stone Documentary We Deserve