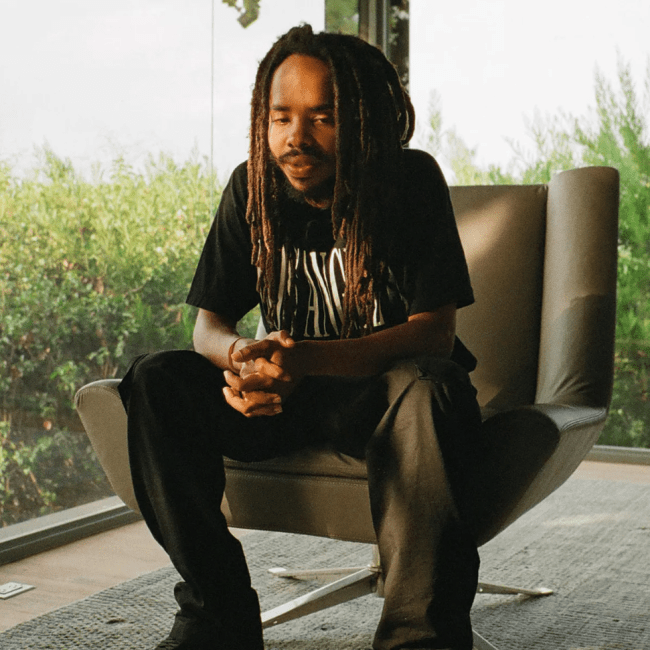 At the top it’s just us. Support truly independent journalism by subscribing to Passion of the Weiss on Patreon.

Ross Olson will cry tears of joy once the Angels are sold.

In the weeks leading up to the release of SICK!, Earl Sweatshirt’s fourth official LP that arrived last January, fans clamored in online spaces over a central point of discussion. Sweatshirt’s unconventional live shows are noteworthy for the revolving door of unreleased material that frequently appears on setlists, a practice that’s become synonyms with his live footprint. Thoroughly crafted spreadsheets and Reddit threads created by overzealous fans document the history of the previewed songs and when they originally premiered, while YouTube channels and Soundcloud pages house them in hours-long playlists. The most popular tracks – often the ones containing the best quality, either from live streams or fan videos – rack up hundreds of thousands of plays.

The tracks circulate regularly online, and might have instilled a naive sense of hope among fans that their favorite snippets would appear as finalized versions on SICK! Only the songs almost never see the light of day. Sample issues likely hinder their timeline, but for all we know, they’re collecting dust on a master hard drive in the Alchemist’s Santa Monica studio. Internet theorists would suggest, perhaps not inaccurately, that many of the previewed songs comprise the hidden album the Alchemist alluded to last year. The fan ire is not completely without merit, though. The sheer volume and quality of material previewed over the last five years could fulfill multiple full-length projects, while the varying styles align with the nearest chronological physical release. The industrial churn of “Death Whistles” for instance would not feel out of place on the overly claustrophobic I Don’t Like Shit, I Don’t Go Outside, while “Shrooms” pulls from the dizzying psychedelia of Some Rap Songs.

It would be trite to point out that artists regularly preview new music during live sets. It builds social media buzz for upcoming releases and gauges fan reaction to the new material. An era of steady leaks have watered down the thrill of hearing a record live before its eventual release, but to know the lyrics of a song that is strictly for the live setting forms a unique bond with the artist. In an interview with Rolling Stone late last year, Sweatshirt described his rationale for this mindset, and the unmatched feeling of seeing fans connect with them at shows.

“Those songs could have come out and people could be like, “Man, the mixing on this is meh. I don’t like the high frequencies,” or whatever the fuck, and that zaps the magic out of it — versus, “I only hear this song live at shows. This n****’s close to me, about to cry and do the song.” You create the magic.”

Sweatshirt’s perspective adds fresh justification to the discussion. It’s not hard to envision internet zealots bickering endlessly over the most granular details if the official recordings ever surfaced, and the tracks would likely live in constant comparison to the concert versions. Accepting the songs’ live-only status proves more rewarding than infuriating. It’s an amusing guessing game for diehards to determine which tracks might get performed at any given show, and witnessing one of them adds a gratifying familiarity to the concert experience. I decided to round up a handful of the best unreleased songs Sweatshirt’s performed over the years.

Sweatshirt performed “Black Emperor” at Tyler, the Creator’s Camp Flog Gnaw festival in 2019, and the ripped audio from the live stream has amassed over 250k plays on YouTube and Soundcloud. The record flips the 1971 track “Find Me, Love Me” from the soul collective Wee into a technicolor stroll around the surface of the sun. The sample’s whirling keys and ascendent vocal loop tug at our senses, restoring nurturing warmth in our consciousness. The Golf Wang-clad, vape-inhaling Earl fans of 2011 who gathered around the Flog stage were undoubtedly reeling when “Emperor” premiered. Sweatshirt matches the beat’s vibrance with an equally tenacious flow, covering a wide array of topics from snakeskin wallets to the Michael Jordan crying meme. The track lends credence to Sweatshirt’s rationale about unreleased material. It would be near impossible to replicate the track’s bountiful jubilance on wax, and “Black Emperor” marks one of Sweatshirt’s most compelling live moments.

The gagetdy keyboard loop that backbones “Freddie Krueger” could soundtrack the demented allure of a shoddy carnival ride. Sweatshirt’s vocal performance is conversational yet commanding, addressing his struggles with premature fame and expectations brought on by his Odd Future tenure. “You know I blew up before I grew up. You smart, I guess you know what pressure do, huh?” In an era where rappers lean heavily on audio backing tracks to carry live performances, Sweatshirt is an unsurprising anomaly. No single bar gets skipped over, slippery flows are executed with precision, and the occasional syllable is stretched for dramatic effect. Sweatshirt’s lyrics – and the way he delivers them – have the uncanny ability of making you want to shout them aimlessly toward the sky, in the hopes that someone out there is listening. The way he achingly croaks the final bars encapsulates this dynamic in evocative terms. “Giant swords on my lion heart, time to spar.”

A perpetual gloom hangs over “Homebound” like a sinister layer of fog. Sweatshirt cuts through it with a piercing lyrical performance equal parts desolate and dexterous. Perhaps a throwaway to the insular I Don’t Like Shit, I Don’t Go Outside from 2015, “Homebound” strikes a chord for its vulnerability. Over a subdued and muddied piano loop from producer iblss, Sweatshirt oscillates between grim imagery and abject loneliness. “Hard times when I need a touch, Need a crutch, need a hug. Harsh lines on the easel, blood.” Swapping the studio polish for the rawness of the live setting is a strength on “Homebound,” and the arresting sadness that fills the air is tangibly crippling even if you weren’t in attendance. Sweatshirt, a well-documented descendent of scholars, closes the track by likening his wits to that of the Br’er Rabbit, who lured and fleeced the devious Br’er Fox in the storied Uncle Remus folktale. “The tar shiny black, time – you can’t buy it back. Please don’t throw me to the briar patch, got his ass. I’m back home and I gotta laugh.” It wouldn’t be the last time Sweatshirt referenced the Br’er Rabbit, nor the treacherous upbringing he faced in the briar patch. On “Old Friend,” the intro track to SICK!, Sweatshirt notes how he “came up out the thicket smiling.”

Recurring images of death permeate much of Sweatshirt’s creative output in the late 2010s. “Whole World,” a bonus cut off 2019’s Feet of Clay, recalls the solemn gait of a pallbearer in a rainy burial service, while “December 24th” depicts ashes washing away in the wind. “Hat Trick,” a track premiered at a 2017 concert in Detroit and leaked online two years later, follows a similarly bleak formula. “The earth is my turf, but the hearse like a magnet,” Sweatshirt croons over a pause in the instrumental. The track samples Bobby Oroza’s “This Love Pt. 1,” and the languid organs and slinking guitar melodies conjures the illusion that something is lurking close behind. “Hat Trick” reflects the nihilistic thoughts that arise when mortality is realized, and the heart-splitting anguish from living doesn’t mean all that much in a broader sense. “When the rainstorm vicious, spend the day blowing, drinking, Tryna harvest the hurt, but it make no difference,” Sweatshirt muses as the instrumental fades.

The climbing instrumental to “Head Heavy” recalls the spirited adventurousness of Pink Floyd’s “Fearless.” An exultant keyboard melody ascends and plateaus, conjuring the triumph of outlasting a particularly improbable battle. For much of the last half-decade, Sweatshirt sounded worn and occasionally listless on features and his own material, but “Head Heavy” is invigorating. The path to self-actualization is more attainable here; he maturely owns up to past transgressions, cuts the snakes out the grass of his orbit, and understands that calculated risk is essential for unlocking life’s greater offerings. The uplifting outlook of the performance was is particularly encouraging after Sweatshirt canceled a European tour in late 2018 following the deaths of his father and uncle earlier that year. Sweatshirt forges a path to catharsis through his gift for writing. “Only if you strong you resist. Groping my pen/ stroke to fit the globe in my lens.” “Head Heavy” is commendable for the self-growth that grudgingly follows profound struggle.

“Fire in the Hole” – Performed at Hollywood Bowl August 2021

Sweatshirt teased “Fire in the Hole” at the Hollywood Bowl last summer, and the official version later appeared as the closing track to SICK!, marking a rare break in his philosophy toward unreleased material. A live band reimagined Black Noi$e’s warped production for the grandeur of the Bowl, with a strolling piano section replacing the track’s mournful guitar loop. Live drums bolstered the track’s otherwise minimal percussion, and the ensemble erupted into a sprawling free jazz expedition in the outro. Other than his appearance on Jimmy Kimmel Live in 2015 with BADBADNOTGOOD, Sweatshirt has few traceable performances with a live band. I attended the performance at the Bowl, and the chemistry felt unforced, with Sweatshirt’s unhurried flows sitting gracefully above the instrumentation’s gentle tones. Themes of patching up emotional wounds and maintaining emotional resiliency spilled out the speaker system, reducing the physically-imposing nature of the Bowl to an intimate and confessional showing.