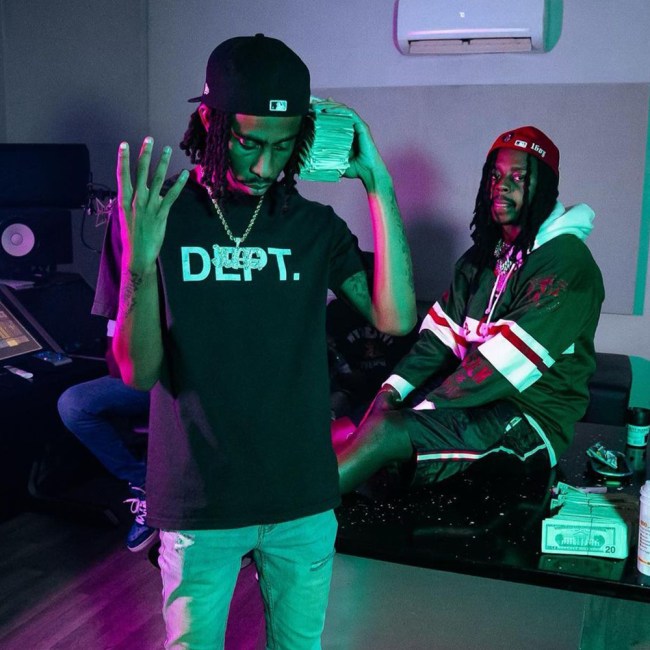 Jugg Harden and Babyface Ray must’ve realized that they had something special with “Jewelry,” so they came back and recorded two more tracks: “I’m The Man” and “Hellcat Demon,” a remix of a track off Jugg’s mixtape from earlier this year. On the former, the Detroit duo hop on the Shawty Lo classic and go back and forth with verses full of quotables. “That money fallin’ like its Jenga, I been stackin’ it,” Face raps over the sped-up flute. 2021 may seem less exciting for people looking for undeniable national hits from the Michigan rap scene since there’s no “Wack Jumper”-level song spawning endless remixes and remakes featuring Enrgy’s cartoony, high-pitched snare. Don’t let that convince you into thinking that there isn’t an insane amount of quality music coming from the scene, the good shit is hiding in plain sight.

“And I’m ballin’ like I’m Lance Stephenson, brodie Kyle Korver/Cuz he shoot that bitch from anywhere and nobody really know him,” Lil Supe raps, making for one of the funniest basketball lines of the year. (Let’s be real though: Kyle Korver doesn’t deserve this kind of inaccurate slander.) The Cincinnati rapper’s eerie voice makes “Pop 1” a chilling listen as he chants “All hail the Yankee” at the beginning of the song before getting into his verse. The two piano lines attempt to overpower one another, the darker of the two dropping out from time to time before coming back stronger. When the two melodies meet, they form a chaotic vortex where Lil Supe is the storm’s calm, measured eye. Even when the pocket’s collapsing around him, Lil Supe finds a way to stay in the center of it.

Somehow it’s been almost a year since “Trying,” the melodramatic breakout single from Indiana digicore artist midwxst. It’ll never stop being crazy to me how fast the industry moves now, for better and for worse. After it was originally deleted off his SoundCloud alt earlier this year, his pluggnb mixtape wxstnb is back with its original seven tracks and four new ones. To be honest, I’ve spent more time this year listening to wxstnb and SUMMER03 than Back in Action, which feels stuck in-between what a hi-fi digicore album could sound like (plus a few eyeroll-worthy gestures toward the terminally online ‘everything is sample fodder’ mentality of internet music with Smash Bros. SFX that you could find in any number of songs) and the year’s never-ending love for rage. The bubbly “Steal My Flow!,” produced by Silo and Goyxrd, is still one of the best on the whole tape though. “You talkin’ that shit ‘till we pull up, you mute/My mama told me never play with my food,” he raps over the zig-zagging synths. “But this shit is fun, so I gotta go do what I do.” If there’s any good left in the year, wxstnbv2 won’t disappear like v1 did.

When I thought I was sick of people sampling shit for sheer shock value, YungManny comes through in a major way and makes me laugh at one of these for the first time in months. But please, no more songs like this until 2022.

Gucci Mane’s New 1017 compilation tapes continue to serve as great bite-sized introductions to his signee classes. The latest, So Icy Boyz, focuses on BiC Fizzle, Hotboy Wes, and Mississippi’s BigWalkDog, who torches every track he’s featured on. But none of them match the highs of April’s “1382.”

#DXCLUSIVE: Obie Trice Returns With "92" Single & Weighs In On Eminem Vs. MGK Beef

NC Rapper Bussdown Sentenced To Life In Prison For 2015 Murder

Chuck D Recalls The Time An S1W Performed In His Place