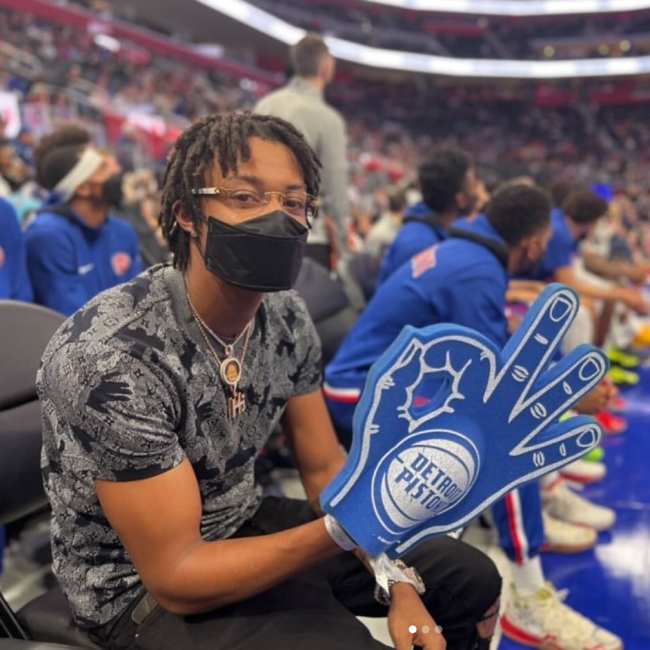 Harley Geffner is not a fan of the Knicks’ early season collective body language.

EBK Young Joc is the only person who can sound like he’s rapping in super speed and slow motion at the same time. Everything is so clearly articulated, but it still feels hard to keep up because his lines are always jam-packed. It’s all short and punchy, like when he says his bro gets “tricky out the fanny pouch,” but his drawl still has this slow creep to it so it sounds like he’s taking his time slithering through his verses.

After a series of terrible allegations, charges, and public missteps, Kodak has long-since fallen off the radar of almost every major rap publication, and it’s starting to feel like another Youngboy-type situation. Yeah, yeah, de-platforming in mainstream publications is the safest strategy for them, I get it, but that isn’t stopping Kodak from racking up millions of views and constantly trending with every Single drop on YouTube. Ignoring what’s going on in front of our faces isn’t doing anyone justice, including the victims. Really, writing about Kodak or Youngboy means contending with the context of these artists, what they’ve done, and the situations out of which their lives are being lived and music is being made, while racking up crazy numbers. What does it say about us that dudes like this are striking a chord? Is it because we’re all fucked up sympathizers to rapists, or is it just that the music is fire and actually, nobody gives a shit about these artists’ personal life? I think it leans towards the latter side, which also says something about us that deserves to be analyzed. I don’t have answers and I’m still contending with those questions myself as I listen to their music, but these questions are at the very least worth thinking through instead of just taking the safe route and completely ignoring what is happening. Anyways, this is a dope song.

Skilla feels like he’s floating in suspended space on this song. Like he’s rapping forward, but going nowhere as a cascade of haunting synths lift him to the high point and keep him there. His background “huh”s stalk the beat while he goes in about everything from his cuban links leaving bruises to not robbing anymore because he’s looked karma directly in her eyes.

It’s uncanny how easily Gunna’s voice and style fit over this track. Trayle’s laid-back flow and nonchalance over cheating and breaking up with his girl is so easily reflected in Gunna’s smooth autotuned shrug, you would think Trayle has been writing for Gunna over the last few years.

OWB is a newly formed group out of LA featuring KaashDahRapper & BigTKdaGreat, even though individually they’ve been on the scene for a minute. Neither has too much music to their name, but Kaash has a song with Frosty from 5 years ago that still goes hard. On “Til its Time,” they take a muted LA beat with the Remble snaps and Kaash hits a little Remble muscle dance midway through to pay homage before talking about how his girl Keisha will lie for him, how the opps are in his DMs asking him for an album, and how he’s been handling big guns since he was 12. Fingers crossed that their forming of a group means they’ll be releasing more music because Kaash and TK are both smooth ass rappers, and they have strong hook sensibilities they didn’t even get to show off on this song.

Madlib Speaks On MF DOOM’s Passing: “I Still Can’t Believe That He Died”

Chance The Rapper Getting Active In Chicago Mayoral Race

#DXCLUSIVE: The Game Says Michael Jackson Wanted Him & 50 Cent To Work Together For His Album

You Knew. We All Knew.