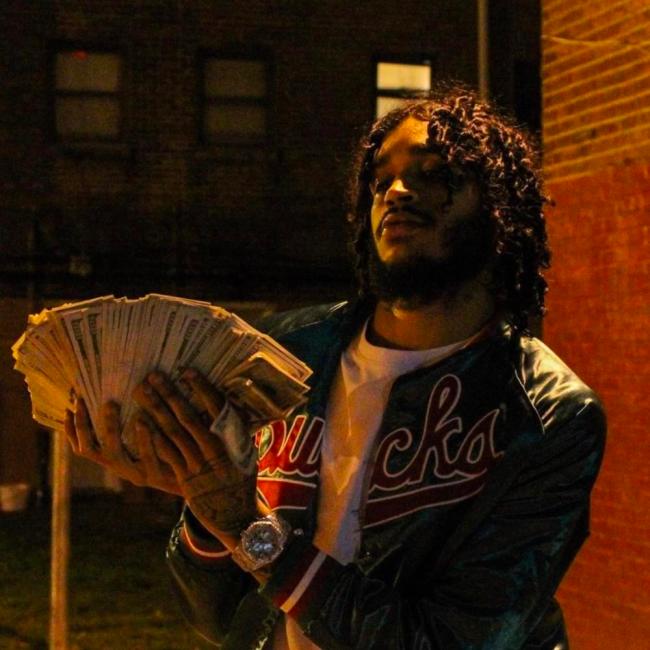 Brandon Callender has been whispering “who killed Tommy’s boy?” to himself for the last month.

Ot7 Quanny’s nonchalance turns even the most casual flexes and threats into deep slashes. The Philadelphia rapper sounds like he’s never broken a sweat while rapping, shrugging his way through his sports reference and wordplay-filled bars. He previewed a little bit of “Get Money” in a now-deleted freestyle, and the full song takes those few bars and stretches them into one of his most brutal songs yet. “I know old niggas shootin’ shit, Boris Diaw/We got more guns in the trunk than T.I.,” he sneers over the beat’s growling melody. Ot7 Quanny comes through with an increasingly rare occurrence of the full song having more replayability than the snippet.

For the last few weeks, Nashville’s Brian Brown has shared a new loosie from his archive that wouldn’t have seen the light of day otherwise. My favorite of the three he’s shared so far is the tender “never change,” where he stretches his singing voice in a similar fashion to “Runnin,” a stand-out from his 2020 album Journey. “They doubted me while keeping a smile on they face, so when I say fuck you, I say it with nothing but grace,” Brown spits over Sir Illington’s watery, laid-back production. The soft palette of guitars and airy drums makes Brian Brown’s deep, rounded vocals pop as he croons with his warm Southern accent. Brian Brown’s making Mondays a day to look forward to, one loosie at a time.

“I used to live for the highlights/Working on living on my time,” ZAYALLCAPS sings with AutoTune-drenched vocals. Every line the Sacramento-raised, Los Angeles-based rapper/producer squeezes out makes it feel like a weight being lifted from his shoulders. At first glance, his singing style is reminiscent of Pi’erre Bourne’s saccharine hums, but he gets pop-punkier than Bourne ever does when his voice flails back and forth out as he cries out for clarity and for someone to cherish him. The 22-year-old’s songwriting doesn’t coast on melodrama, instead finding its emotional lift in simpler descriptions. Rescheduling a therapy session is enough to make him feel good about the direction he’s moving in.

Does Travis Porter really need an introduction? In the early 2010s, the Atlanta rap group were primed to take over with their raunchy club music. Hearing just the first two lines of “Make It Rain” (You wanna see some ass? I wanna see some cash.) bellowing from a speaker is more than enough to get someone to gulp down the rest of their drink and disappear into the crowd of the dancefloor. “Finally the wait is over !! We’re back with our new song “stretch” just in time for outside opening back up !!!” was the description to their comeback single, “Stretch,” which came out just as vaccines slowly started to roll out across America. But let’s be real, no one wants to read all this serious, buttoned-up shirt ass writing about Travis Porter.

Travis Porter know that we can’t go back to the early 10s, and they aren’t at all invested in trying to get back there. “Software Upgrade” is self-explanatory after a few seconds of listening. They kick the door in with a sample of Snowfall’s Uncle Jerome yelling “Where the fucking titties and the bitches!?” When the Bounce drums come in and they chant “Shawty acting brand new, ‘cause that booty brand new,” the song starts spiraling out of control as they talk about buying BBLs and boob jobs for anyone within a 15-mile range. Erica Banks cuts them off before they go too off the rails, dismissing whatever they have to say about women’s attitudes with her cutthroat bars. The first two minutes of “Software Upgrade” are like a manic fever dream before it transitions to an awkward slow jam. Thankfully, it’s at the end, so you can skip it when it comes on. If this is the kind of comeback Travis Porter is angling for, I won’t have any complaints.

The electronic vamp that repeats throughout Trapland Pat’s “Dream” is bound to make you pretend like you’re playing the world’s tiniest piano. The South Florida rapper’s staccato flow has mechanical precision—every syllable falls exactly where it should on the beat, and none ever overstays its welcome. Even though his rapping maintains that level of technicality in most of his songs, it doesn’t prevent Pat from making his songs more melodic or catchier than expected from someone with a machine gun flow.

Dr. Dre Is Named The Top-Earning Musical Artist Of The Decade

Lil Xan Gets Candid About His Recent Relapse