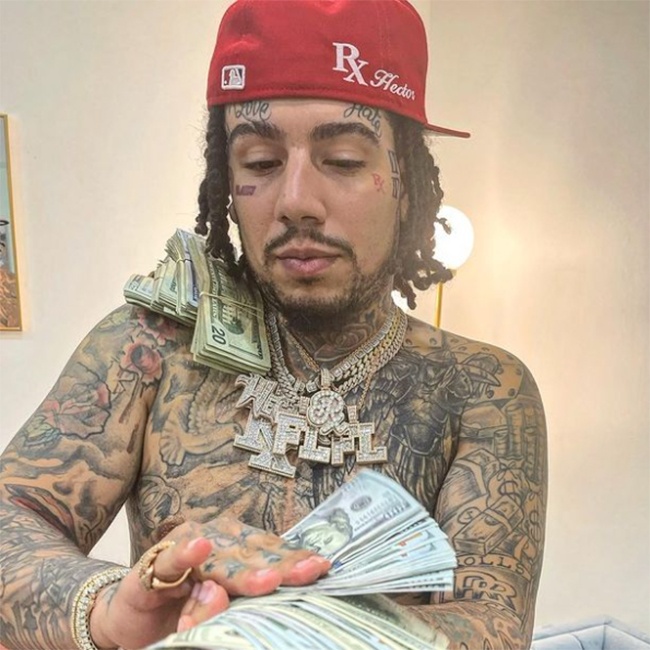 I’m sure being Gunna is an amazing feeling. His music video budgets are probably in the 100Ks just for the jewelry and clothing loans, his Atlanta penthouse probably has sun-timed tints on the windows, and he’s walking off the court at the arena formerly known as Staples like he just dropped 50. But on “livin wild,” he’s face to face with the realization that no matter how surreal this lifestyle may feel, his body is only human. He’s staring down hospital stints now, maybe in need of another liver, and coming to terms with the fact that sicknesses and the human body don’t care how rich you are. This is THE one off the Gunna album with that beautiful cascading Why Me Babyyy sample and the vocals that melt right into the sorrow in the beat. He can be forgiven for the over-dramatized red leather in the rain.

It was only a matter of time until someone turned Hollback Girl into a West Coast beat. The stomps in it effortlessly lend themselves to a knocking drum line for DaBoii to coast over, even interpolating the original during a bridge where he yelps “I heard that you were talking shit and you didn’t think that I would hear it / big glock, don’t come near it.” Given Gwen’s knock-off chola vibes in the original video, you know she’s smiling somewhere hearing it turned into the rap aesthetic she fetishized. Even if her lawyers are smiling just as hard.

The scouse accent sounds hard as hell in this drill song, which is light on the womps and heavy on the bongo drums and soccer player references. The flow, the accent, the flexing of the pitbulls (which are illegal in the U.K.) add up to more than the sum of its parts on Packs and Potions, making this fairly standard and formula-driven drill song sound like something entirely new.

You may recognize Rx Hector from his days as Drugrixh Hect, when he was lighting Atlanta up with Hoodrixh Pablo Juan and Drigrixh Peso in the mid-late 2010’s. Just because their names fell out of the who’s who rap circuit though doesn’t mean they haven’t still been cooking up heat all this time. Hect, having just got back from a short stint behind bars at the end of 2021, has been lighting it up with video after video of head-nodding sprints over shiny, hypnotizing loops. On Wat Kinda, he’s questioning everyone around him, and looking down on girls who fuck on their periods, dudes who call money cotton candy, people who talk back to their grandmas, and everything in between. And on Come Get Em, he’s daring you to make a move on his 3-season-old Givenchys (you can’t get them anymore).

Are we sure this isn’t just a Beats By Dre™ commercial? It’s crazy that Joey was once at the center of the irreverent movement beating the heart of NYC’s youth, and now he’s making music specifically looking to be soundtracked by a music director on a Hulu original who thinks they’re hot shit.