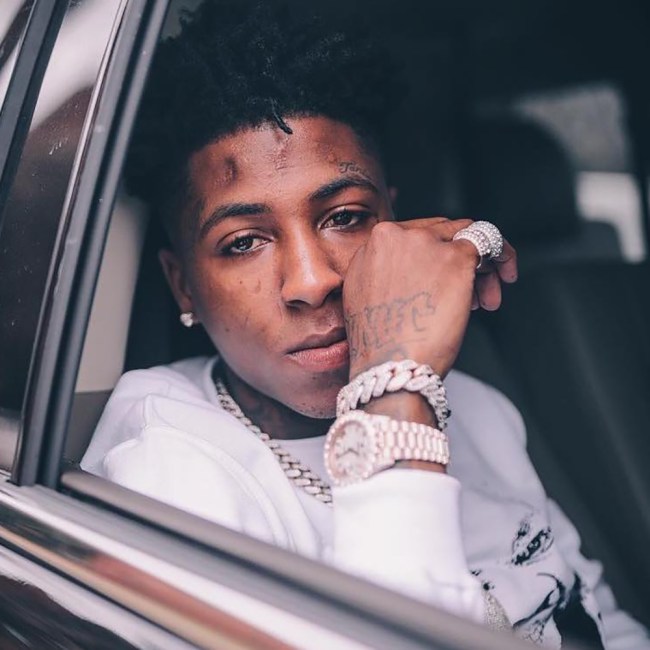 Harley Geffner wants to know why Remble is so opposed to fighting.

As villifed as YoungBoy has been (often for good reason), very few can put together a song as reflective as Heart & Soul. This is Youngboy coming face to face with the realities of where he is in his career and life, thinking about his influence and how to use it for good. While he’s always had that contemplative gene, his raps have moved further from the perspective of a happy-go-lucky teenager wylin’ out with money and fame to a heavier dose of realism about his situation. This is not to say he doesn’t still play the villain for fun and rap about how big his AR clips are and assassinations in the Bayou, or that he never faced the realities in his earlier work, but it’s all a bit more grounded now.

Having been in and out of jail is less a stamp of pride or toughness, and more an opportunity to reflect on what he’s been missing and the way he could have been acting differently all that time. The imagery he paints in the song is visceral – of hearing about his daughter’s birth through a jail phone then holding her for the first time and having an epiphany that he couldn’t leave her alone like that again, of children across the world looking up to and emulating the way he moves, of staring himself dead-eyed in the mirror and realizing he’s been hustling backwards, of learning to stay focused without the drugs since he’s on parole – and it’s sobering. It’s a reminder not just of the fact that someone who comes from a debilitating situation like his can make as large of a cultural impact as he has, but that those cases are few and far between – and that when one has an opportunity like he does, it’s time to man up and think straight about bullshit that can land him in situations where his impact for his community can be dimmed.

In this two-part freestyle, Boogie activates both his candid rap bag and the more street side of himself. The first is a minute-long rap about his grandma’s passing, and not realizing what she was going through while appealing to a higher power – and the second is a freestyle over K8do’s “Go Off” (which I mentioned in this column would be the most rapped over beat of the next few months) where he thanks god for the burnt missions for teaching him lessons. The visuals of the desk he’s sitting at with Dezzie Gee and his son right there, while a green screen shows passing scenes from a car give the freestyle a vibe of someone actually just chilling and thinking about these things contemporaneously, even though it was surely a written. Love the format.

I missed that Rio and Mike had a third installment from their Dum and Dummer series drop a few months ago, so in playing catch-up on it, “Buy Ourself” is the one that’s been sticking. It’s Rio and Mike doing what they do best, going bar for bar over an absurd concept like doing a bunch of shit to one’s self.

“I just did a hard song with Rio, I paid myself” (Rio said this, not Mike)

“Pedophile, get off percocets, tried to touch myself”

“One day I stole money from me, I don’t trust myself”

“Damn my Rollie hard as hell, I robbed my wrist”

“With this new scale I got, I could weigh a whale” (not a myself bar, but too good to leave off)

Off Tierra Whack’s new EP, “Rap?,” Meagan Good is an affirmation about outgrowing a relationship and being better off for it. After she had been loyal to this man through tough times when he was doing a bid, then cheating, Tierra raps smoothly over this soulful beat on the benefits of having left him. She’s really shining now, and it shows in the way she confidently stomps through the other two songs in the EP as well.

“I know it irritates your soul, the simple fact I don’t need ya / I used to feel like I would die if we wasn’t speakin / now I feel like I could fly and I found my beacon”

Harold Bingo said in his Stockton rap primer on this site that BounceBackMeek’s bars might not leap off the page, but the delivery makes them stick. On Snaked, Meek is hitting 4 hoods in the same day, he’s running red lights, and running back the same play since it worked the first time. Again, not insanely clever or anything, but over this knocking carnival-sounding beat and with his sly flow, they’re endlessly repeatable.