Compton, CA – Roddy Ricch had a banner year in 2019 and his inner circle is reaping the rewards from both his success and first career Grammy win.

“Grammy Rings For The Grammy Family @roddyricch,” Elliante wrote in an Instagram video showing off the rings. “Congrats Again To You And The Whole Team!”

Grammy Rings For The Grammy Family @roddyricch Congrats Again To You And The Whole Team! ?

Roddy commissioned Eliantte to customize the rings after his Grammy victory in the Best Rap Performance category for his collaborative single with Nipsey Hussle “Racks In The Middle,” produced by Hit-Boy.

The song comes from Nipsey’s debut studio album Victory Lap, which was nominated for Rap Album of the Year at the 2019 Grammy Awards. 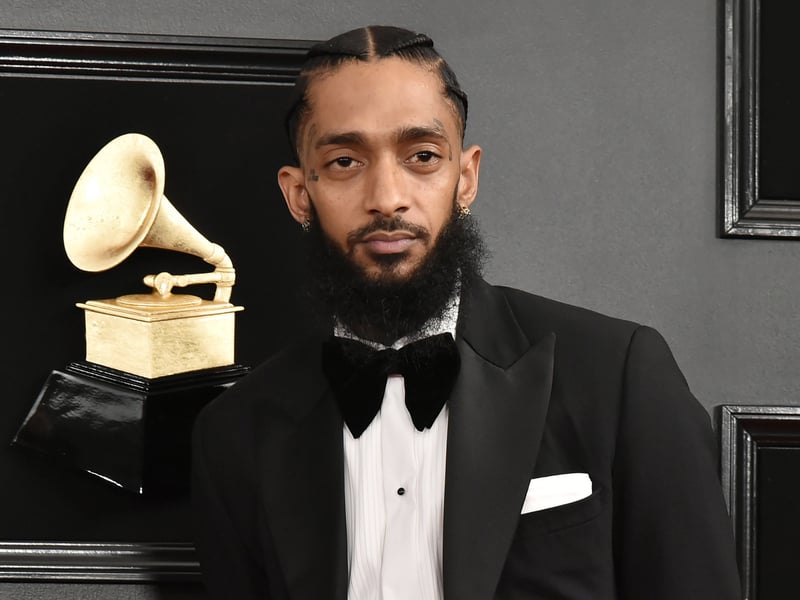 Roddy was also nominated in the Best Rap/Sung Performance category for his No. 1 Billboard Hot 100 hit “Ballin’.” He was among Nip’s collaborators alongside YG, Meek Mill, DJ Khaled, and John Legend who performed together in memoriam of Neighborhood Nip’s life and career at the 2020 Grammy Awards.

As for the the rings, each one sports a miniature gramophone replica on the top with the numbers 700, 60, 10 surrounded by a red or blue background on one side and a dollar sign on the other.

Check them out above.

Jussie Smollett Tells Paparazzo ‘The Truth Is The Best Defense’

LeBron James Turns Up With 2 Chainz For 35th Birthday