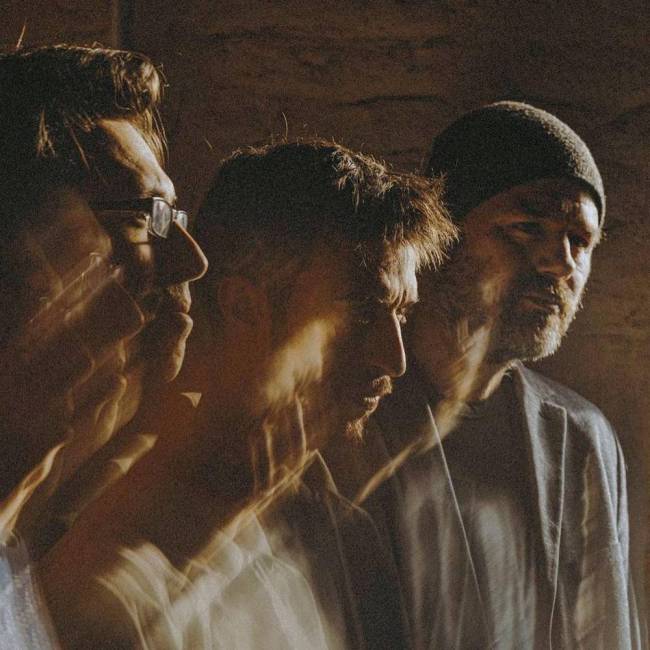 Will Schube loves a market nose dive to usher him into the weekend.

Noise Pollution is an institution guided by tenets, and one such immutable law is that we listen to Four Tet AKA Keiran Hebden because he is right. Few artists in the 21st century have as unimpeachable taste as he does, and as such, when he turns us onto a new song, artist, or mix, we listen. The latest signing to his Text Records is Hagop Tchaparian, whose recently released Bolts is not only a confirmation of this firmly held belief but perhaps a signalling light in the distance that the founding texts of Noise Pollution are less ideas than a prior experience we are born with. To put it in less obnoxious terms, Bolts is really tremendous.

Tchaparian’s dance record is a hybrid and constantly evolving release, teasing out new secrets with each listen. Hagop blends sounds from his familial home in Anjar, an Armenian village on the Lebanese-Syrian border, and the sort of techno music you can find in a Four Tet set. The propulsive, psychedelic, and intoxicating “Right To Riot” is a clear standout, but throughout the project offers thoughtful, illuminating interpretations of all sorts of UK electronic music. “Jordan” moves like a slow-burning epic, with distorted synths floating alongside cathartic melodies and hammered bells ringing in the distance like traffic overheard from a slightly cracked window. “Flame,” the album’s emotional center, is an almost utilitarian dancefloor sweatfest, with hammering drums and looped samples causing chaos until Tchaparian cuts the noise at the perfect time, revealing the gentle glimmer of barely-there melodies.

Charles Mingus reissues are unfair simply because we can never run out of new music from the wildly productive and groundbreaking jazz bassist. “Slippers,” a downtown New York-inspired post-bebop tune, is found on another new Mingus archival release, A Modern Jazz Symposium Of Music And Poetry. The record was originally released in 1957, when Mingus also shared The Clown, Mingus Three, Tijuana Moods, and East Coasting. It was a monumental year within a monumental career from a monumental artist, but the slick, quick-hitting “Slippers” is a testament to Mingus’ ability to build a world in three minutes, just as he could in ten, an hour, or longer.

This record was released in September, so the tardiness is, as the kids say, on me, but another tenet of this celebrated and acclaimed column is that Dave Harrington is a king who we must always celebrate as such. Here, he teams up with VISUALS’ leading wacko-pop provocateur, Andrew Fox (his 2019 album Shock By Shock is brilliant), alongside The Range on co-production, to tap into some extremely glammy Marc Bolan meets Delicate Steve vibes. This is the sort of song I could see in Bud Light commercials, because it is fun and extremely good in nature. It conveys the ecstasy those poor actors are paid to express by corporate overlords cashing those low carb brown water bucks all the way to the bank, and, let me abundantly clear here, NOT the feeling of drinking a Bud Light.

Under The Reefs Orchestra – “Heliodrome”

The first cut on the new Under The Reefs Orchestra album, Sakurajima, is “Heliodrome,” which begins like a Veckatimest era Grizzly Bear cut before quickly doing away with chamber jazz-pop shenanigans and diving into the depths of the sea without so much as a scuba mask, let alone a tank. I’ve written about this Belgian jazz group in the past, and two years on, these fried out jazz wizards continue to conjure up heat-seeking missiles of scorched-Earth freak funk.