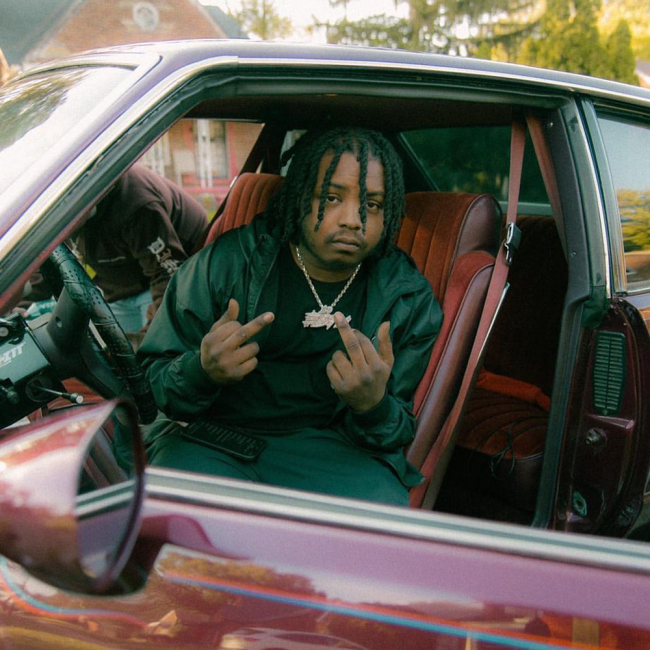 Brandon Callender thinks life would be so much better if the Denny’s brand voice experiment Tumblr account got ran off the site back in the 2010s instead of becoming Trustworthy Funny And Online Brand.

Every PGF Nuk track feels like it was made to be dropped right as a party’s about to hit its peak The low rumble of the bass prowling in the background of “Waddup” while an alarm-like synth pings back and forth. Nuk’s rapping doesn’t have the same chilling slow build acrobatics as fellow Chicago rapper Nardo Wick, but his cut-and-dry delivery and directness can turn a song into a laundry list of taunts that’ll cut you a thousand times before you even notice.

I know, I know. We don’t need to be thinking of any more End of Year lists, but Talibando playing the drums has to be up there with Top$ide playing the keyboard in the “Hit Em Wit That Fye” video for funniest rap video moments. “Groovie,” a standout from the Detroit rapper’s new mixtape Navy Music, sounds like Talibando let out the world’s longest yawn after recording. He doesn’t sound impressed at all when he raps about still having money from his first run and copping Moncler coats for the winter. “My bitch confusing like a maze, she say I’m stuck up in my ways/I don’t really give a fuck as long as a nigga getting paid,” he closes the song. It takes a lot to get Talibando to care about something.

The music video for “SU GO CRAZY” plays out like the tense final minutes of a crime thriller after a successful play and the bumbling cop stumbles onto his suspect before getting in a high-speed chase. It’s a scene fit for Leaf Ward’s slick wordplay and breathless flow. The Philadelphia rapper could keep going on a song until the engineer decided to cut the beat off. His barrelling flow gives the song fierce momentum that the droning keys and sparse drums spend the entire song catching up to. “Got the line like Microsoft, Get hood rich if the ice involved/I can grab whatever without lookin’ at the price at all,” he flexes. You can always count on Philly rappers to come through with a verse that’ll leave you sweating.

Harold Bingo put it best when he said that Javn2900’s music sounds like its “still 80 degrees at midnight” in his Stockton rap primer. The air is thick, humid and waiting for something to pop off. The creeping piano looping in “Kan’t Trust Em” is somehow crystalline and eerie at the same time. Javn2900 is always looking for new ways to hop in the pocket—whether it’s subtle, like his breezy, laid-back flow on “Old Ways” or his bouncy yelp on “Thru Da Bity” that sounds like a completely different rapper. He takes over this song entirely with a hook so hypnotizingly good that I don’t even mind them letting it ride out forever as the outro.

Four50’s unorthodox flow has made him one of the more interesting members of Queen’s Yellow Tape Boys—people either don’t think about him at all or he’s one of their favorite members. (I fall into the latter category). He doesn’t have Shawny’s menacingly whispered punch-ins or Big Yaya’s rising intonation that makes every line sound as if it ends in a question mark. Instead, Four50’s bars sound more like firing an entire clip of a machine gun in Grand Theft Auto and reloading before letting off another. “What I meant not what I said like a typo/Speaking in lingo they can’t decipher,” he spits. Four50’s stop-and-go flow works best in shorter songs where his verses are tightly wrapped in-between whatever few lines he turned into a makeshift hook.

Catharsis and Decaying the Cliché: A Guide to Egyptian Electronic Producer ZULI