Lil Tjay’s recent apology isn’t sitting well with Don Q or Trap Manny. After the 19-year-old Bronx native threw a few jabs at Tekashi 6ix9ine, A Boogie Wit Da Hoodie and his girlfriend, he essentially started an online war with the other Highbridge artists.

On Monday (May 4), Tjay attempted to walk back his actions while issuing an apology at the same time. But according to Manny’s Instagram post, there won’t be any type of reconciliation anytime soon — that’s unless Tjay makes a grand gesture.

“WAT HAPPEN TO DAT ENERGY,” he wrote in the caption. “GET YA MONEY N STAY OUT DA WAY @liltjay LIKE I SAID WE NEED A PUBLIC APOLOGY FUCK U MEAN. SHEEEEEEESHHHHH.”

Don Q evidently feels similarly, although he doesn’t even seem to want the public apology Manny is seeking. He issued his own response on social media early Tuesday (May 5).

“U GOTTA STAND ON CERTAIN SHIT U SAY!!!” he wrote on his Instagram Stories. “NOT ACCEPTED!!!”

#donq don’t seem to be in the apology accepting mood rn. Recently #liltjay said he ain’t on that beefin wave and he gonna cool out but tempers still high after he called out HBTL

During Tjay’s social media tirade, he threatened to steal a Highbridge chain in less than 24 hours. On Sunday (May 3), he shared a video of himself holding the alleged stolen chain. Boogie quickly refuted the claim, explaining the chain was old. 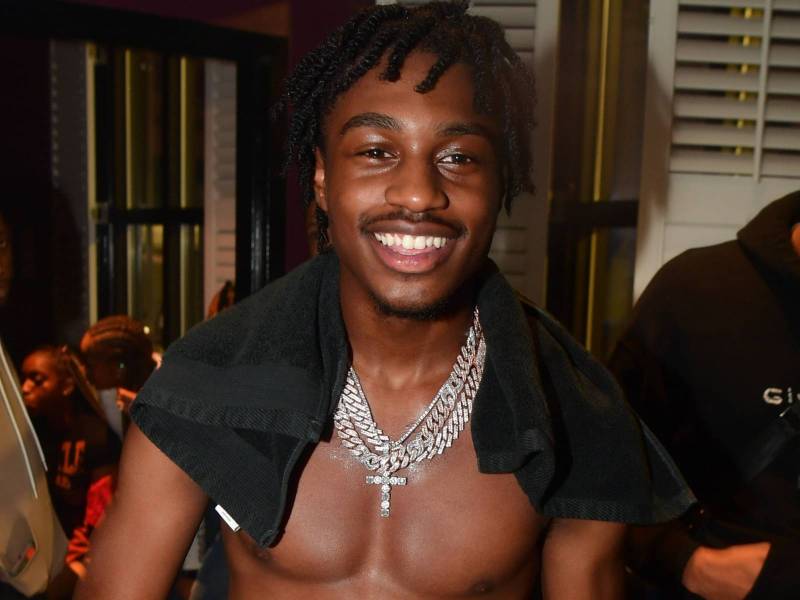 “One of the Bro’s DROPPED/LOST his chain a long ass time ago while we dragged a nigga and that’s word to Melody,” he wrote on Instagram. “Nigga got the audacity to buy it off a random nigga, shoot a vid with it and front like he did something. Lost all my respect for you smh. Stay true to yourself.”

The Stars Were Out For The 75th Annual Golden Globes Awards

First Look Friday: redveil is the DMV’s Next Great Hope