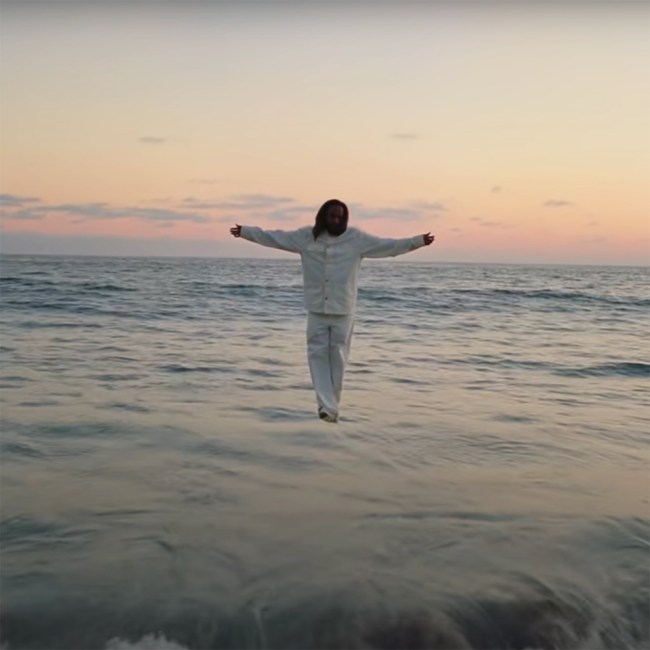 Son Raw is sick of everybody in mainstream music using the same piano VST and FX chain.

He doesn’t want to be your rap savior. He thinks you should get off your phone and get your ass to therapy. He’d appreciate if you killed all of this cancel culture nonsense. He thinks you need to chill with the homophobia, but also that you understand that everyone is on a journey towards acceptance and we won’t all get there at the same pace. He definitely thinks you should stop the cycle of pain and abuse in your community and should respect women, but he also wants you to know that everyone, even Kodak Black, deserves a second chance, possibly via a drawn-out series of cameos on his long-awaited album.

To his credit, Kendrick isn’t asking you to do any work he hasn’t already done himself. On Mr. Morale & The Big Steppers, this journey towards self-acceptance and self-improvement takes center stage, but it’s something he’s strived for his entire career. “Swimming Pools” dealt with his relationship with alcohol. On “The Blacker The Berry,” the final twist of the knife pivoted the song’s screed from white supremacy to Black on Black crime. “Fear” is a fucking classic. But never has Kendrick Lamar been so concerned with the state of Kendrick Lamar’s soul and so unconcerned with making hit records. Given Kendrick’s career has zig-zagged from a major label debut studiously constructed to earn 5 mics, to a sprawling neo-jazz reinvention of Black Power politics in music, to canny balancing act between the pop and the personal, it seems like the one trick he had left to surprise his audience was dropping something they didn’t immediately love.

Not that it’s a flop. Mr. Morales & The Big Steppers is a well-earned detour into the kind of highly “personal”, pianos n’ feelings fueled digression from market demands that monocultural titans of pop charts passed indulged in whenever they had a chance to process the sheer insanity of celebrity status. It’s long, messy and full of complicated nuance that we don’t expect from our pop music, and that we don’t always even want. Put this album on in a social setting and watch the aux-chord get yanked from your hand quick-fast, despite “N95’s” half-hearted efforts at banging and “Die Hard’s” breezy collection of hooks and bridges.

This is an album with the best Ghostface verse in a decade, but you’ll half to get through the bastard child of Ice Cube and Yoyo’s “It’s a Man’s World” and Eminem’s “Kim” to get to it. If you’re in the mood and rolling solo, it’s the perfect record for long reflective drives towards nowhere in particular. I guess Kendrick couldn’t account for gas prices, which is partly why his insistence that we all go to therapy and heal rings a little hollow: most of his audience is out here grinding and can’t exactly do like him and live “phone-free” for a few months.

And yet, Kendrick can’t help but make compelling music at this point in his career. In an era where most rappers spend their time either tinkering with complex flows or perfecting their lyrics, Kendrick is still blasting complex ideas at you at 100 miles per hour without falling prey to Eminem-style technical stiffness. Even when the beats remind you of Drake or Griselda, he’s so far into his own artistic journey that his artistic imprint is unmistakeable. He’s not the best rapper alive for 2022, not unless you consider mainstream popularity an important factor, but he’s still the most acrobatic mainstream rapper saying something, and it’s not even close. Take the spectacular centerpiece “Mother I Sober”: the lyrics alone are the kind of stunning exorcism of generational trauma that justifies Damn’s Pulitzer, but it’s the slowly building intensity of the vocal performance, along with the God-level flex of a Beth Gibbons feature, that take it into classic territory. Could it have had more impact with a few more bangers and a few less deep cuts plumbing similar territory? Sure, but when our alternative is a J Cole album, this is still as close to an ideal scenario as we’re getting when it comes to major label rappers with something to say.

Ultimately, Mr. Morale & The Big Steppers may invite debate regarding Kendrick’s GOAT status, but it’s hardly the kind of fall off that’ll knock him out of the box. For all of his spoiling for a fight regarding cancel culture, Kodak features and his use of Eminem’s favorite slur, this is still a big tent art rap album about important topics – exactly what the establishment wants from the guy. As a rap super fan however, I can’t help but prefer Good Kid and Damn to this one and TPAB. They’re not quite as important or daring, but they’ve got bangers, and bangers have a quality all of their own.