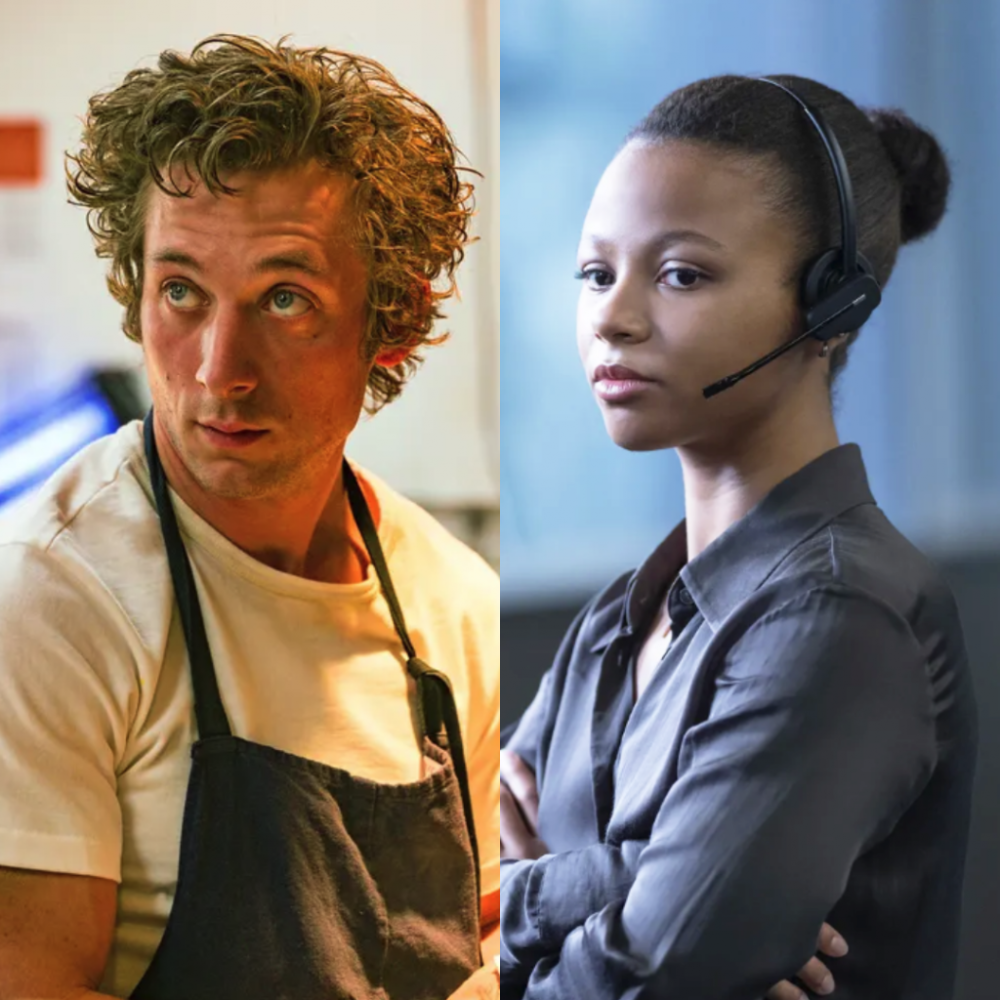 Image via Industry on HBO/ The Bear on FX

Show your support for our tireless staff of writers by subscribing to the Passion of the Weiss Patreon.

Abe Beame finds solace in the kitchen and on the keyboard.

When HBO’s soapy hit British finance drama Industry returned this week, it unofficially joined FX’s The Bear in making this the summer of the shitty workplace. Industry debuted in 2020 to acclaim and fanfare for good reason. Its young and beautiful cast are thrown to the wolves of London’s cutthroat stocktrade. They butt heads, hookup, get fucked up, and try to make their way through a tribal culture stuck in its dark and antiquated customs.

It’s not unlike The Bear, which tackles the culture of American (particularly New York) fine dining through its twin protagonists, Jeremy Allen White as Carmen Berzatto, the chef-in-exile, having inherited his deceased brother’s Italian beef sandwich shop back home in Chicago, and Ayo Edebiri as Syd, the pupil ready to dive into a foxhole with the chef she’s chosen as a mentor in the most unlikely setting.

The shows make for fascinating mirror images, two industries that on the surface, could not be more different. The pay scales are wildly out of whack, the dress code, the actual work both industries entail bear no resemblance to each other. But both are governed by deeply ingrained hierarchies. The work sucks, demanding incredibly high stress and long hours, in a confined space with a small group of people in a competitive environment that at the highest levels, everyone is manically dedicated to. Both industries exploit passion, be it for craft, or lifestyle, or money, or status. There’s a culture of fraternal hazing that exacts a heavy toll on the youngest and most vulnerable members of its workforce. The history of both industries is steeped in toxic, cishet white masculinity and celebrates a testosterone soaked concept of what it means to be good at your job, how to look, how to behave, how to treat one another. And that treatment is brutal, both psychologically and at times physically harrowing.

Both shows are kinds of Trojan horses. They center women of color and queer men and women, but at first assume a tried and true form of classic, scrappy underdog stories as we expect to watch them climb the ladder and succeed, making a family along the way. Industry in particular seduces us with a gorgeously shot, dramatically lit world in which money and sex ooze from every cufflink, curl out of every cigar, and is lined in every expense account restaurant’s banquette. But The Bear is the same, in its shaggy and greasy way. We love the foreign language of the kitchen, the rituals, the uphill battle of a busy shift, the very restaurant specific concept of a group of people forming to build a ship in the middle of the ocean. But the shows are thorny and complicated, uninterested in serving as pure pleasure centers.

Slowly, Industry and The Bear pull away the curtain, showing the monstrous natures of two twin beasts. In Industry, it’s the great Ken Leung as Eric Tao, a take no shit, fuck conventional wisdom, wildly charismatic successful veteran trader who immediately establishes a report with Myha’la Herrod’s Harper, a Black woman who forges her transcript to stow away at the Pierrepont & Co. Investment Bank. The instant chemistry animating the father daughter relationship is beautiful and heartbreaking, in that it can’t last. In The Bear, it’s Carmy and his protegee Syd. As they try to right the fix their humble Chicago sandwich shop, you can’t help but root for their unconventional friendship, as they are two talented professionals with entirely different backgrounds who believe in the same religion and desperately want the same thing: A functional, efficient restaurant that could transform the Chicago deli, who demand more from a historically underappreciated and unexplored lunch cuisine.

In time, both Carmy and Eric will betray their mentees, but what both shows are after is exposing that while the call is coming from inside the house, the problem is the house. We watch as Carmen takes out the trauma he experienced in New York in his treatment of Sydney, and Sydney in turn is belittling and abusive to the prep cooks and dishwashers in her charge. We watch Harper excel in her position, but she does so by lying and manipulating those around her, acting duplicitously if not maliciously, as she was taught. The cultures are pervasive and cyclical.

Because The Bear occurs in such a claustrophobic setting, with such a small cast, it’s more of a two hander. But the world of Industry occurs across several desks on the Pierrepont trading floor, and as such we get a wide shot of the institutional rot. In the pilot, an analyst ridden hard to succeed, both by himself and the culture he desperately wants to be a part of, essentially gives himself a fatal heart attack because of accidentally assigning the wrong font to a page of a report. A brilliant, black gay analyst who happened to share a station with the deceased analyst finds himself tokenized. The women on the show are either objectified or steamrolled.

Both shows explain how this abuse, both in kitchens and in finance, is systemic. The bad guys are bad, but they’re also humanized as products of a system that trained them how to treat others, as are our protagonists. Kenny, the Irish ginger trader who shares a desk with the super rich Lebanese type A smokeshow Yasmin (Marisa Abela, setting nearly every scene on fire) says as much in the middle of season one, essentially telling her if he didn’t subject her to the same abuse he had to suffer through it would be tantamount to sexism.

What both shows are grappling with is the question of what order will fill the vacuum left as the old ways of doing business are falling away. How do you train people in a kitchen, get mistake prone human beings to pay attention to every detail and make delicious food quickly without the chef on your shoulder barking? What does a trading floor run by the Harpers and Yasmins actually look like? At the end of Industry’s first season, Harper made the somewhat surprising decision to cut a deal with Eric and bring him back into the fold at the expense of her manipulative middle manager Daria, setting up a fascinating work dynamic for season two. The Bear was recently renewed for a second season, presumably in which, rather than ordering chaos, Carmy and Syd will be opening a brand new titular restaurant, one in which we will hopefully explore the problems and promise of working in a new, equitable system.

Whether either show can land the plane and give meaningful answers to these questions remains to be seen, but both shows should be commended for having the courage and curiosity to finally ask. 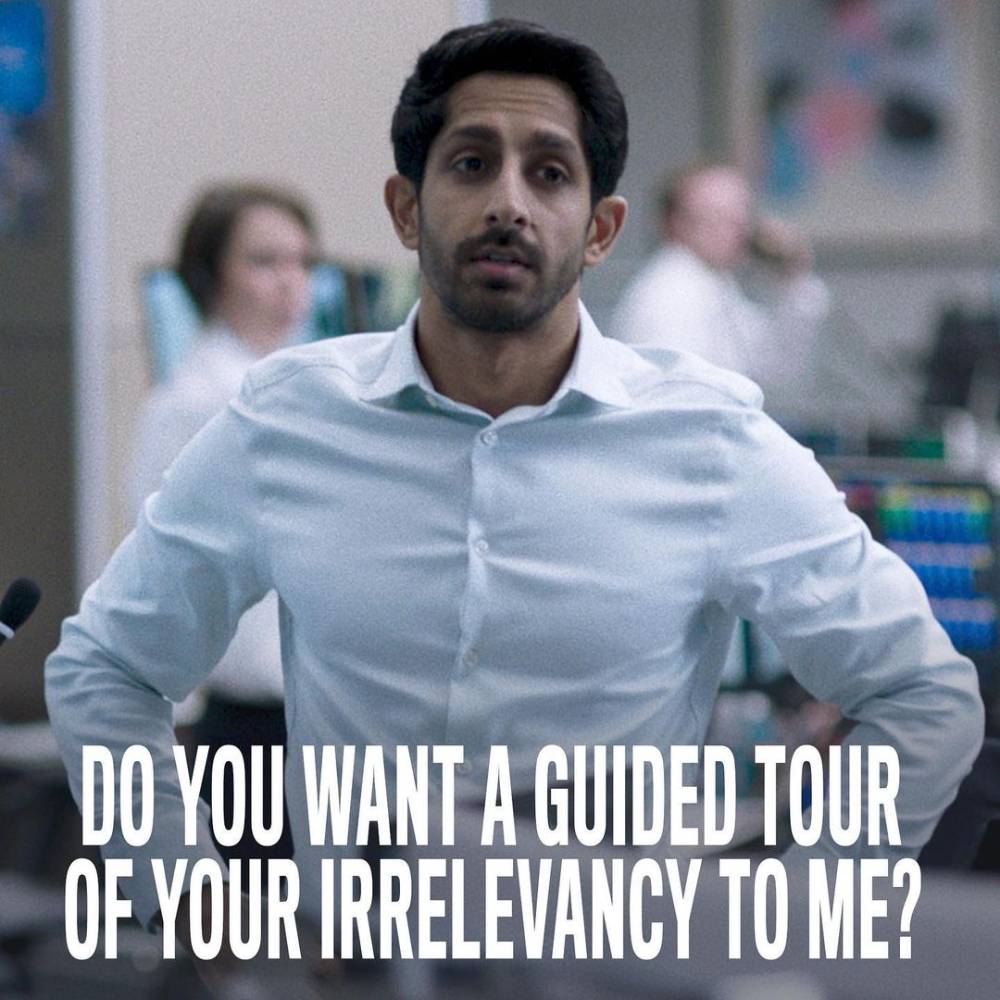 Image via Industry on HBO/Instagram

A Jail House Interview With Drakeo the Ruler

Lonzo Ball Returns To The Studio Amid NBA Shutdown