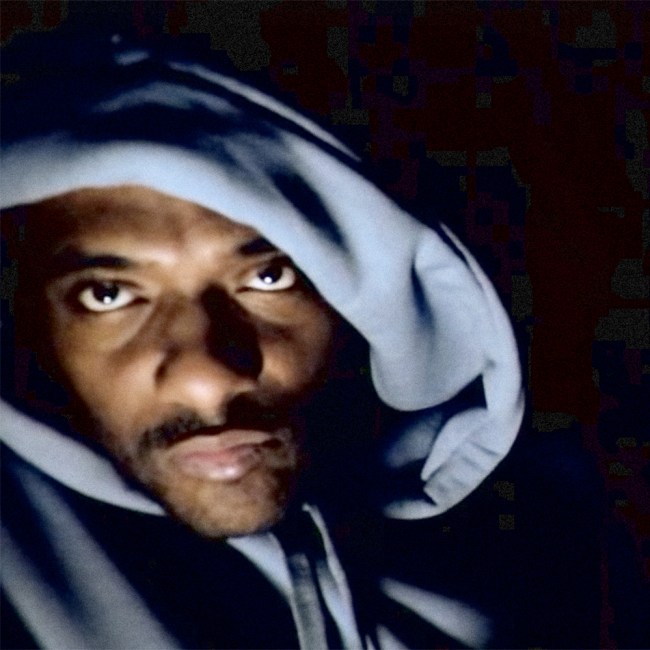 Once upon a time, Prodigy and Alchemist’s Return of the Mac was simply too good to only live as a mixtape. Fifteen years after it was first pressed to CD’s, the project is getting its first vinyl release. It’s high time we recognize how influential a project that was once intended as an internet freebie, has ultimately proven to be.

“How dare you question my trendsetting, look at what I bring to the table”, Prodigy typed in a lengthy blog post on the now defunct HNIC2.com. At the time, many a reader stifled a chuckle at P’s indignant tone and the seemingly outrageous innovations he claimed to have made, like “Rapping words that don’t always rhyme”, “How I fold my bandana” and “Websites.” The thing is, he wasn’t entirely wrong. In hindsight, it’s clear Bandana P basically created the grassroots online promo campaign that has become a staple for independent hip-hop, and it all centered on his magnificent comeback record with Alchemist, Return of The Mac.

Around 2007 the music industry seemed to be in a state of limbo. Streaming services hadn’t arrived yet, and the slump in physical sales was becoming a serious problem for artists and labels alike. Mobb Deep was in an even worse position than most acts at the time, stuck in the same predicament as their peers business-wise, but with the once razor-sharp creative edge in their music seemingly dulled as well.

From The Infamous to Hell On Earth and Murda Muzik, Hav and P had been on an undeniable winning streak. Their status as New York icons drew them into the coastal wars as well, when together with Capone-n-Noreaga and Tragedy Khadafi, they released “LA, LA,” an answer to The Dogg Pound’s “New York, New York.” It was a rare entry into the feud from a prominent New York act, so when Jay-Z would later spit that “It’s like New York’s been soft / Ever since Snoop came through and crushed the buildings” on ‘Money, Cash Hoes’ (referring to Snoop’s performance in The Dogg Pound’s video) it didn’t sit well with the Queensbridge rappers. They were quite vocal about their displeasure, which in turn lead to their inclusion in Jay’s historic diss record Takeover.

Performing the scathing diss record at Summer Jam, Jay displayed a photo of Prodigy as a child on huge screens at the event. In it, he was happily dressed in tight dancing clothes. That the photo was taken at a Harlem dance school owned by P’s trailblazing grandmother, known there as the H.N.I.C., was conveniently left out of the conversation. It had the intended effect, and people started questioning P’s portrayed toughness, suddenly referring to Bandana P as Ballerina P. Mobb Deep had been far from quiet during the spat, but now they needed to clap back harder than they ever had.

And then came Infamy. Led by ‘The Learning (Burn)’, a well-received single, it turned out to be an uncharacteristically disappointing album by the duo nonetheless, especially when compared to its iconic predecessors. It lacked the focus of their earlier efforts and P’s verses didn’t connect like his earlier barrage of classic opening lines, which had embedded themselves in the memory of every rap fan like the phone number of the finest shorty they’d ever met. Ultimately selling 800 thousand copies in the US didn’t exactly make it a flop, but contrasting it with the fact that the record ridiculing them months earlier had sold over half of that in its first week, and went on to sell millions, did make it look like that. The unfortunately aptly titled Infamy would be their last album on the emblematic Loud Records, ending a legendary run in a resounding thud.

It took three years for them to follow it up with Amerikaz Nightmare, which was released on Jive Records and again failed to return them to the forefront. The title to their independent compilation/street album Free Agents reflected their status after that, until they were snatched up by fellow Queens rhymer and by-then megastar 50 Cent, to become part of G-Unit’s extended family. Blood Money, their album on Fif’s label, did nothing to assuage fans’ fears Mobb Deep had fallen off, and though not entirely unsuccessful commercially, was received downright hatefully by their core audience.

Planning to release a new solo album in 2007, Prodigy wasn’t just fighting an uphill battle, that motherfucker was trying to ice-skate uphill. Downtrodden and almost counted out, Prodigy did what only great artists can do: he faced those demons head-on and turned that shit into some great art. “I connected with one of 50 Cent’s video directors, Dan the Man, to shoot a paranoid, psychotic grimy video for my mix CD song “Mac 10 Handle,” Prodigy wrote in his autobiography. “Bloody couch and mirror stabbings, hallucinations of Satan and some guy in a Michael Myers mask. No jewelry, no half-naked females, no fashion show.”

Flipping the opening lines to Geto Boys classic “Mind Playing Tricks On Me” for its chorus, Prodigy let his paranoia flow freely over a sample from Edwin Starr’s Hell Up In Harlem soundtrack, chopped up by Alchemist. The understated percussion provided by conga and finger snaps meshed brilliantly with P’s voice delivering dark, brooding lyrics. The song debuted along with its video, and it was the way its visuals complimented the song that fully catapulted it into everyone’s consciousness. “Mac 10 Handle” couldn’t have been more removed from the glitzy, big budget videos associated with rap at the time.

Audiences were equal parts weirded out and engrossed by its bursts of random violence, claustrophobic atmosphere and hallucinogenic lack of logic. Prodigy himself named horror movie director Rob Zombie as a prime inspiration for the video in an interview on Rap Radar: “His movie, The Devil’s Rejects; I really liked how grimy that is, the look of it. It’s grimy and crazy. It has a lot of shock value and I wanted to apply that to a music video, ’cause it matches my style and music.” “Mac 10 Handle” was indeed every bit as grimy as anything Mobb Deep had ever produced, coupled with an unnerving edge that made it deliciously disturbing, and elevated it to something unseen and unheard before.

Of course it racked up over 400,000 views in a mere three days. With a low-budget video paid for out of his own pocket, P proved all you needed was a good, original idea in this internet age. Prodigy had a music video go viral years before the words “going viral” would have every marketer jizz in their pants. He planned to make “Mac 10 Handle” the lead track for Return of the Mac, a mixtape with beats by Alchemist, released through DJ Whoo Kid to promote his next solo album H.N.I.C. Pt.2. But the sudden buzz the video had generated, attracted Bob Perry, who worked at Koch Records and had previously worked with Mobb Deep on releasing Free Agents. Perry offered him $200,000 USD to release Return of the Mac through his employer. P took the money and used it to finance three more videos for the project; ‘Stuck On You’, ‘NY Shit’ and ‘7th Heaven’. He released them weeks apart, just enough not to let the buzz die down, but with ample time in between not to compete with himself either.

Return of the Mac received rave reviews and was wholly conceived by Prodigy and Alchemist without any label personnel or sales arguments in the mix. Built on samples from blaxploitation soul, it had an even more cohesive sound than the classic one-producer-and-one-rapper setup already virtually guarantees. Prodigy dared to lean into his despair and ended up not sounding lost, but like a man with nothing left to lose. There was a sense of danger in everything he said, a sense of urgency to his words, and an engrossing unpredictability lurking underneath it all. You could never know when exactly he would snap, just that it could happen at any moment. While every gangster rapper was trying to be yet another Michael Corleone, P was the very best Sonny rap fans had ever heard.

Behind the scenes though, he was being far more calculating than people recognized at the time. Prodigy knew the strength of his material, and recognized the internet as a way to directly get it to his fans in a provocative manner. Instead of waiting on a label to market his work, he built the buzz himself, and attracted labels through the groundwork he had already laid down himself. He registered the URL www.HNIC2.com and started blogging there, years before social media would become a requisite for any professional musician.

Nowadays, when labels are looking to sign an act, they base it on who generates online buzz without them, rather than on who they can create it for. It not only saves them money, but gives them the assurance of a built-in audience. Don’t wait for approval, for any cultural gatekeepers or a marketing plan. Just do something dope and original, take some risks, and build an audience for it, simply by sharing it on the web. Generate some buzz and stay buzzing. It sounds so obvious, but that’s just because the way P generated, maintained and built on the promo for Return of the Mac has become so ubiquitous, we barely recognize how revolutionary it was at the time of its release.

It was though. Prodigy pioneered the grassroots online campaign, the same thing Kanye built on with GOOD FRIDAYS and got A$AP Rocky a multimillion dollar deal with Sony. The thing that turned the unknown group of kids called Odd Future into a world-conquering wave that rolls on despite the crew falling apart, and the very same thing that ultimately made Chance the Rapper a phenomenon and had The Grammy Awards change their rules for eligibility.

All of that, and so much more, started with P stabbing a couch.

How dare you question his trendsetting.

“I’m Only Focused On My Music and My Family”: An Interview with Rassy Bugatti