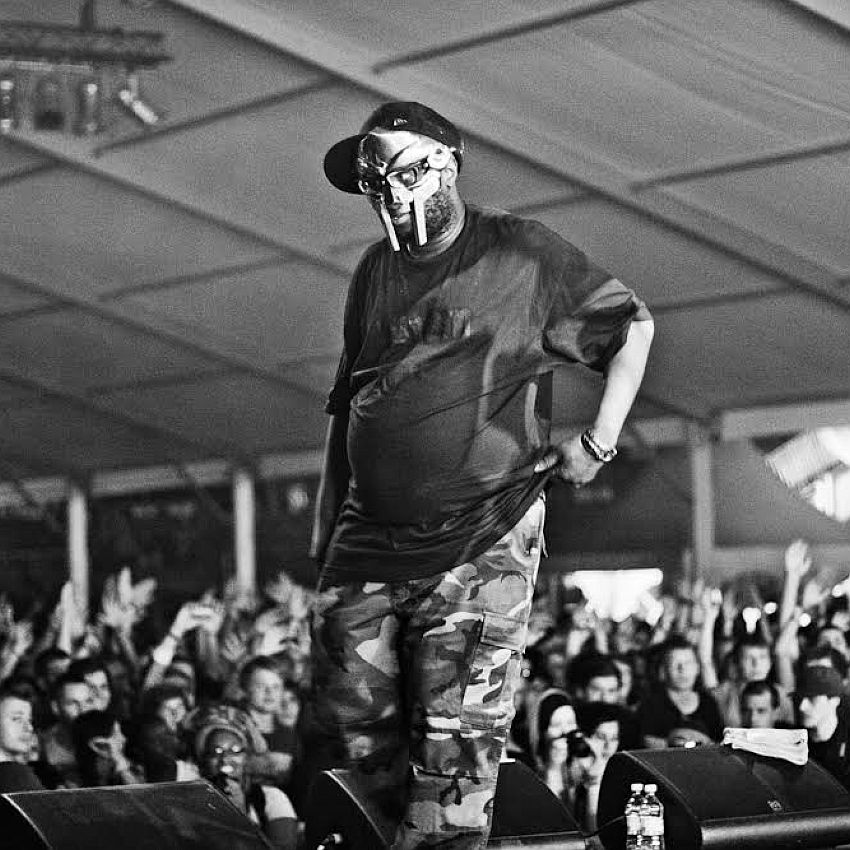 We slay youths when it comes to who’s more cleverer. Please support Passion of the Weiss by subscribing to our Patreon.

At the moment, I don’t think I have it in me to add anything deep and substantial to the plethora of personal essays and heartfelt DOOM memories. But two things immediately came to mind when Jeff flashed the POW signal into the first night sky of 2021, asking us to contemplate on what DOOM has meant to us. So I’ll share those two things with a bit of context, if only to stress how beloved and influential Dumile has been all over the globe.

In 2013, DOOM was slated to perform at Splash! Festival near Berlin. Which was a big deal for us.
At the time, Cologne, the mid-sized city (if you squint it’s a million people) in far Western Germany where I live, had become a bit of a hot spot of the European beat scene. I was in the midst of it, because until recently I had been working for a record label that released a lot of instrumental albums, always a bit more on the boom bap’ish side than the more wonky (are we allowed to use that term again?) stuff that came out on All City and Brainfeeder, which I slightly preferred.

But we sold tons of those beat-tapes-on-wax, and I remember feeling proud to be part of anything remotely resembling a cultural moment. The Cologne producers connected with Berlin, Amsterdam, Paris, Japan, the UK, and US. This growing scene was attached to a network of underground hip-hop heads, who could appear a bit conservative in their own releases, but musically everyone was nothing but curious for new (and outrageous old) sounds.

Besides Dilla and (back then, fellow Cologne-resident) James Pants, DOOM was the patron saint of this particular CGN scene; the connective tissue between jazz-minded beatmakers, who always sneaked in a snare too many, and wordy battle MCs who rhymed unnecessary complex words as a sport, but also the instrumentalists, avant-garde record diggers and electronica heads… If you, like many of us, spent NYE grieving on Twitter, you could witness the sprawl of DOOM’s influence in real time. Everyone and their mother, and Tyler, and Thom Yorke had come forth to pay tribute to the Metal Face, no matter what genre or bubble they usually preached to.

Anyways, in 2013, we all came together at Stecken, a legendary cellar bar in Cologne, which feels highly illegal in hindsight and probably cost us all at least 5 years of existence. It had no windows or emergency exits (smoking indoors was encouraged), and a giant “Welcome 2 Detroit” mural. When Stecken was forced to close a year later, the owner sang “Almost Blue” at 9am in the morning to a still packed crowd, and then everyone cried and went home. Our Low End Theory, if you will.

Here, at Stecken, most likely on a regular Wednesday night, because that’s what we did in another lifetime, getting hammered with friends and loud music during the week, Henrik AKA HADE, who is one of my best friends for way over 20 years, and a sick DJ, producer and illustrator, scribbled this silly cartoon on a coaster. I had told him of my trip to Splash! festival, in a car together with Joschi, another homie and Stecken regular. En route to East Germany, Joschi got amped, he couldn’t believe he was about to see DOOM perform on a festival stage – “I’m not sure I can hold it together, when he plays ‘Accordion’!” I asked Henrik to find the original 2013 doodle, and he did and cleaned it up a little.

If you’re laughing about what Henrik’s intoxicated head—he inserted himself (crying, right) and me (square-headed, left) into the punchline—made of this mindless anecdote, you’re probably a dad. But, hey! I still think it’s cute and it triggers a lot of memories of how this ultimate outsider music created friendships that have lasted for decades. I remember sitting in front of the telly with Henrik at 13, anxiously waiting for the “Dead Bent” video to be played on Viva 2, the same way we used to hold the Wu-shaped controller of the “Shaolin Style” video game, trying to kill Cappadonna with Meth’s hammer, the year before. DOOM remained a constant in our lives and our ever-changing musical tastes, one whose output is no less puzzling and rewarding even 20 years after you’ve heard him for the first time.

I don’t think I have any recollection of DOOM’s actual gig on the Splash! stage… if it was anything like the other two times I saw him perform at festivals, it was uneventful.

But at least we have proof that the unmatched DOOM aura came through on stage as well – Joschi, who’s a great photographer and cameraman, snapped these amazing black and white shots on the day, and emailed them to me on January 1st, 2021.

I think, this is how I choose to remember DOOM: belly out, mic in hand, spectacles over Metal Face. 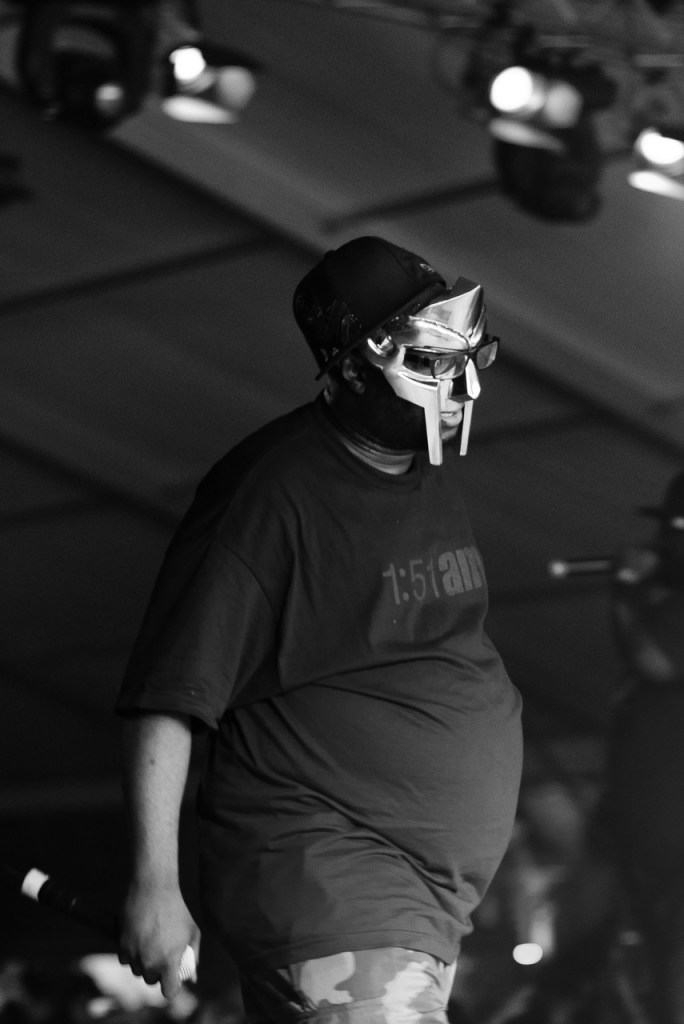 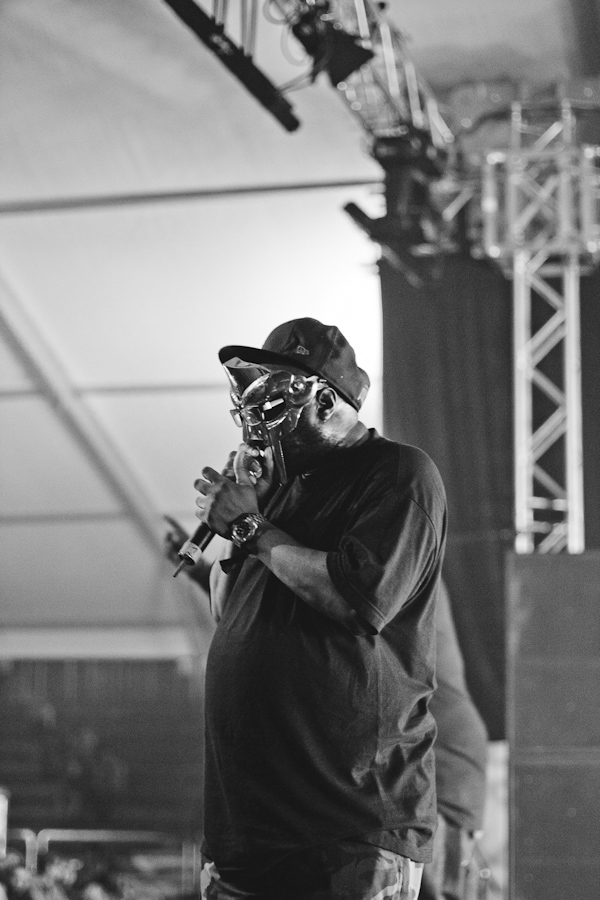