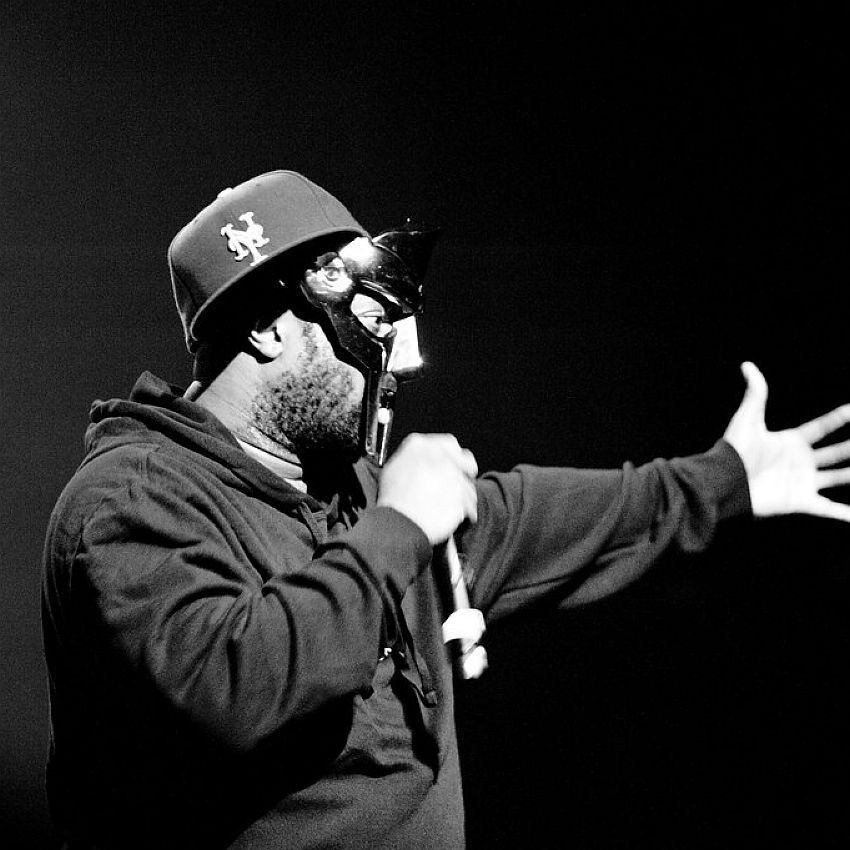 Got more sermons than the church got ooh lords. Please support the congregation of Passion of the Weiss by subscribing to our Patreon.

When Evan McGarvey got the mic, you don’t go next.

“Accordion” wasn’t a single off 2004’s Madvillainy, but it is the prism of the album, the small glass pyramid that shows the listener how to notice the different shades of MF Doom. Madlib turns a creaky accordion sample into something sad, relentless and stoic as MF Doom moves from the arcane and religious to ‘90s street talk to weirdo pedagogy until all that remains is a faith in words themselves:

“It’s like they know what’s ’bout to happen
Just keep ya eye out, like “Aye, aye, captain”
Is he still a fly guy clapping if nobody ain’t hear it?
And can they testify from in the spirit?”

I was in college when Madvillainy came out. It didn’t surge through my large public campus in the inescapable way that 50 Cent or Coldplay did in my high school. It didn’t seize dance floors and communal playlists the way Beyonce’s solo career or Lil’ Wayne’s mixtape run did.

Instead, “Accordion” and Madvillainy were signals to the listener that the person in charge of the music wherever you were when you heard it could be trusted. I remember being the last customer in an ice cream shop in Ann Arbor, a little stoned, satisfied with my cone of pistachio, and hearing “The Illest Villains” and “Accordion” sizzle through the store speakers as the crew—two kids my age—cleaned and closed.

“Accordion” still reduces me to the secretary from Ferris Bueller recalling my youth:

“Madvillainy? MF Doom? Jazz freaks; white hippies; black hippies; Asian hippies; all hippies; a surpassingly high number of engineers; that one guy down the hall who you thought only listened to metal; primordial VSCO girls; skeezers; vegans; Oakland, Genesee, Wayne and Washtenaw counties—they all love him, Ed. They think he’s a righteous dude”

Madvillainy made itself known to Murder Dog, The Believer, The New Yorker, VIBE, Wax Poetics, Stylus, Pitchfork and commandeered the desks of a thousand bloggers. What’s more, the album made those places, especially the nascent digital ones, into temporary institutions. You could trust a place that was quick to recommended Madvillainy.

The accordion is a funny instrument. Its sounds are sad, almost archaic; you hear it and you can simultaneously hear rural folk rituals and a dusty city corner. It speaks to the past. Maybe that’s the ultimate inflection point of “Accordion,” and MF Doom. You can hear the song and travel back to the Ultramagnetic MC’s, Bizarre Ride II the Pharcyde or weird expressionistic early ‘90s Busta Rhymes. You can hear it, and, if you’re of a certain age, you can remember how it prepared a generation of listeners for Odd Future and Schoolboy Q and Kendrick.

“Accordion” is a small song in the MF Doom catalog, but like the instrument itself, some of the most crucial things you encounter in this life can be weird, small, and evocative of a different time.

Trina Unleashes On Walmart Shopper Who Calls Her The N-Word

Lil Pump Says He Curved Paying A Prostitute After Sex