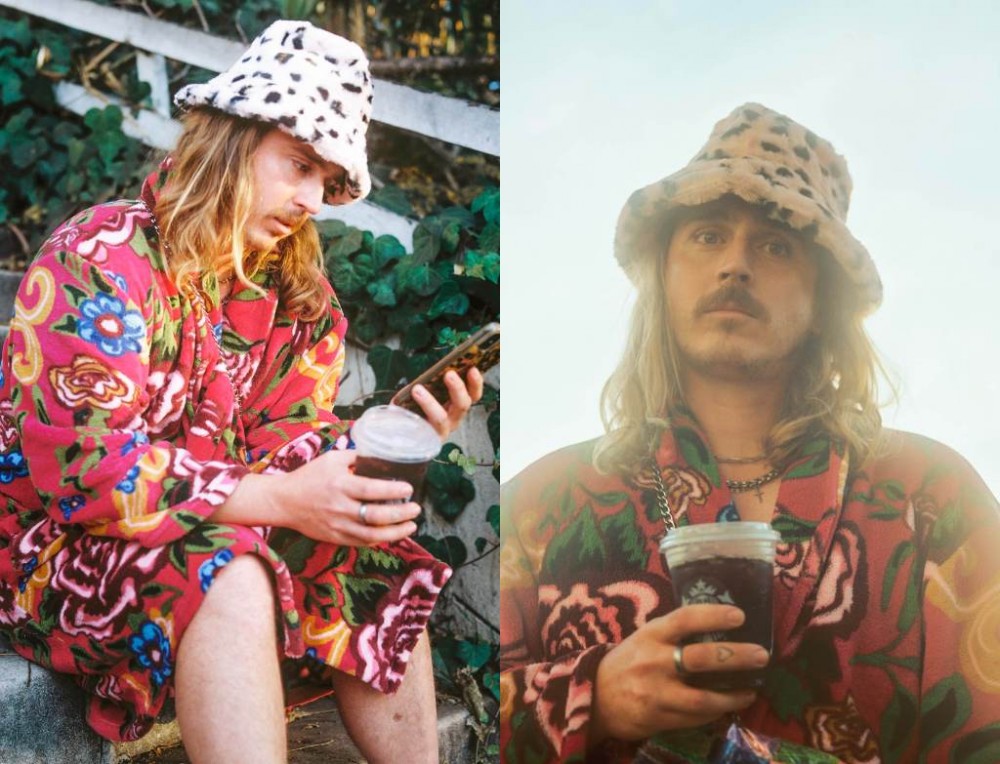 Tired of hearing the age-old Drake vs Kanye debate. Support our independent, ad-free coverage of the best music and cultural moments from the past, present and hopefully the future by subscribing to Passion of the Weiss on Patreon.

Dylan Owens is aware that Cheetos is short for “cheese toes.”

There’s a world where Griffith James never left the cult. Where their family wasn’t suspiciously relocated to Texas and they didn’t venture into the world alone at 18, cast out from the only community they knew.

“I actually wouldn’t trade the experience for anything else,” James, who uses they/them pronouns, says. Then, levels with us: “I’m probably just saying that because of the call.”

James had just gotten off the phone with their parents before we met. “People are going to think we’re wild-eyed freaks,” they told James, urging their son to avoid talking about their decades spent in the International Churches of Christ.

But you can’t write around it. James’s motivations, gender identity, artistic statement — all of it traces back to their time in the International Church of Christ (ICOC).

Founded in Los Angeles in 1979, the ICOC is a sect of Christian churches scattered across the world. From 30 members, aggressive recruiting and charismatic leadership grew the organization — self-proclaimed as “God’s modern day movement” — a thousand-fold by the early nineties, by its own accounting.

The artist heard on Comfortably High was in large part shaped by the ICOC, trauma and all. Even James’ stage presence — somewhere between a broke-bad youth pastor and the double-rainbow guy — can be traced to James watching their dad, a high-ranking pastor in the ICOC, rain charisma on their congregation twice a week.

The music itself is another subversion. James tunes church music — which is already pretty damn subversive — to the psychedelia of the human condition, and sounds at times like the second coming of Harry Nillson. It’s a liquid light show from the pulpit, Manson Family Band baggage and all.

“One of the things I’ve found across many cults is this idea of ‘we’re special, we’re set apart,’ ” says Sandi Derby, a former member of the ICOC and grief recovery specialist with a concentration on cults. “Another is having a leader or leaders with explicit control over its members.”

When James was a member, they idolized the ICOC’s then-leader, Kip McKean. In second grade, James sent McKean a fax, telling McKean they wanted to do what he did.

McKean, who officially stepped down from the ICOC in 2001, still occupies James’ mind — they nearly named their debut album after him.

To James, McKean embodies the core of their trauma: toxic masculinity. Taking on they/them pronouns was a way of renouncing a gender identity that James felt doesn’t serve them or the world.

“Toxic masculinity is exhausting and limiting to my creativity,” James says. “The church gave it to me and I want to liberate all men from it.”

James was also taught that anyone who didn’t belong to the church — their fellow fifth graders, grandma, school teachers — was going to hell. They tried to convert anyone they came in contact with, a tack that didn’t win James many friends.

“I’ve always been the weird new kid,” they say, opening mail in their sunny Eagle Rock home. “I kinda love the perspective it gave me…like, I’m happy to have the perspective of what brainwashing really feels like.”

But that doesn’t mean the church wasn’t and isn’t “fucked up.”

The ICOC restricted who James could see romantically — only church members — and when they could make certain romantic gestures. A youth pastor proofread the letters he sent to a long distance girlfriend in Minnesota, and only allowed James to kiss her on the mouth after three years.

When James was in their early teens, they remember a group of church camp counselors a few years older berating them for just being a teenager.

“They told me every time I masturbated I might as well be doing it on Jesus’ face on the cross,” James says. “I didn’t even know how sex worked at the time.”

The ICOC’s sexual hang-ups inspired “Jesus Honey,” a single off James’ debut. “Everything that is good might kill you / I fell in love with sin” James chants, somehow both detached and deeply in touch with themself.

As they grew up, James’ time in the ICOC darkened. One day, James’ parents confronted a higher-ranking couple about their son’s conduct. It didn’t go well; the church relocated James’ family to Dallas, Texas. It was the 17th time James had moved in 18 years.

Dallas — “the worst place on the planet,” James calls it — spurred what they call their “Holden Caufield moment.” He rejected the church outright and left.

They had a rough landing in the real world. The ICOC turned James’ family and friends against them for years, luring James into calls and interventions disguised as dinners to try to shame them into returning.

Director Charlotte Ercoli channeled this into a tragicomedy music video for “Comfortably Numb”’s title track. The video depicts James as an apple-toking black sheep confronted by a televised intervention.

“It just made sense right away after hearing the song to pitch that idea,” Ercoli says in a DM. “I wanted it to be somewhat of a surprise what was going to happen on set but I just told them to commit to the role.”

Ercoli introduced James to the actors only a few minutes before filming. What ensues is John Cassavetes shot through an A&E reality show.

It worked almost too well. “She called ‘cut’ and I forgot we were shooting a video,” James says. “Maybe I hit the apple too hard.”

Once out, James had no path or idea how to live in the real world.  “I thought the only option was to become a hippy, so I wound up living in San Francisco’s Golden Gate Park, dropping acid.”

Then, drunk at a house party, James stumbled through a door that’d change their life. The room belonged to a Buddhist janitor (“He was the best at cleaning things”) working at the University of Washington.

James stayed with him the next two years. “He saw I had no direction and gave me one,” Griff says.

The janitor gave James a path, teaching him the benefits of meditation, writing, tea — the simple pleasures of existence.

“Writing was a way to reconsolidate my fractured sense of self,” James says. “Songs are spells.”

“Comfortably High,” then, is a book of transfiguration spells. With the help of Tennis, who produced it, James pulled the album from a decade worth of demos, most written in the aftermath of hard times.

The album’s centerpiece is “Market and Black.” The song is a mirror-gazing eulogy for James’ marriage, its title both an ominous crossroads and double-entendre (“Mark it in black”).

So much of what James writes feels offertory — songs cast as consecrated confessionals — and that’s no mistake. Though the ICOC’s ideology is behind them, James is still on a mission. From the vacuum of faith, a deep belief in art blossomed.

“I want to be deliciously sacrilegious,” James says. “I was raised to believe in a glorified vision of martyrdom…”

“What I mean is, we don’t need more cool, aesthetic bands — we don’t need another white guy with a mustache making Mac DeMarco music. There’s no time. The planet is nearing extinction. We need a flaming arrow into the heart of all this bullshit.”

James is convinced music is that arrow — that anyone could “write a song that can heal the world.”

“That’s what’s making all this feel powerful at the moment,” James says, echoing a line they said about their father: “You can take the pastor out of the church but you can’t take the church out of the pastor.”

Interview: Casey Veggies Talks Having An "Organic" Connection With His Fanbase