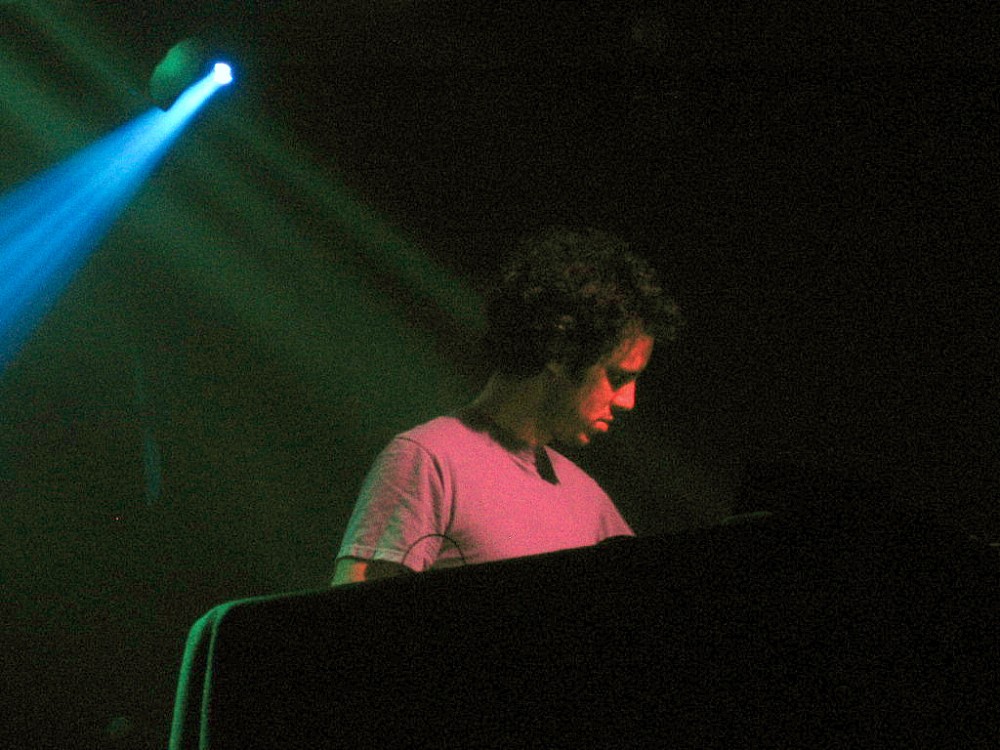 DJ Silas Do Juramento and DJ TP7 – “NÓIS É ENVOLVIDO MESMO VS BASTA VOCÊ” and DJ NOBELWEEDPRIZE – “You Are My Enemy!”

After reading Billdifferen’s great article on Finals about the mutant strains of baile funk proliferating throughout Brazil, I fell down a never-ending rabbit hole of DJs, producers, remixers and producers who are making some of the wildest dance music around. This is not the baile funk of M.I.A.’s “Bucky Done Gun” (or the Deise Tigrona song it heavily sampled and interpolated), Bonde de Role or Sango or any of the few other baile funk songs that somewhat made their way into the public conscious in the U.S.

This is baile funk as a maximalist, overstimulating, barrage of minimalist found sounds. On “NÓIS É ENVOLVIDO MESMO VS BASTA VOCÊ” by DJ Silas Do Juramento and DJ TP7, the track’s MC fights for space in the track’s mix with ominous synth pads, skittering trap drums and motorcycle engine sound effects, until ultimately a vocal chop in the baile funk “boom cha-cha boom cha-cha” rhythm subsumes it. It’s weird, wild and incredibly fun in its disregard for anything conventional, except the desire to make people dance and smile.

As far as I know there’s no through line between the scenes, but the musical ideas floating around the Brazilian baile funk scene almost rhyme with what’s going on in east Africa with the music being put out by Uganda’s Nyege Nyege Tapes – and what’s happening around the U.S. with younger DJs and producers messing around with New Jersey club and digicore. Ideas travel fast and similar ideas emerge in different parts of the world at parallel times throughout history, but these three scenes seem to share an interest in fast, overstimulated, noisey, DIY, dance music that has one foot in traditional folk rhythms and the other foot firmly planted in globalized internet culture.

A Soundcloud user by the name of TwerkNation28, which is either one person making a bunch of music under different aliases or a collective of like minded producers, is taking part of that global conversation by making raucous, digicore and hyperpop inflected, Jersey club. “You are My Enemy!”, one of their best tracks from the fantastically named DJ NOBELWEEDPRIZE, is an overstuffed, sugary, Jersey club remix of Charli XCX’s “Claws” and Brakence’s “Argyle.” Filled with a soundboard’s worth of sound effects and brief samples like cop sirens, Lil Jon’s “What!?” adlib and other audio twitches, this is what trying to have a laugh, some fun, and maybe even a little bit of a stimulus to dance sounds like in a time of high anxiety and constant existential dread.

Rio De Janeiro’s DJ LHC is on a holy mission to save drum and bass from the blahs by adding hints of Memphis hip hop, Brazilian pop music, and various UK garage styles to the bedrock classic breakbeats of the genre. LHC has been experimenting with the sound over a couple of singles and mixtapes dropped on Bandcamp and “Vambora” sounds the most cohesive one yet. Without sounding like a silly mashup of genres for the sake of a mashup, LHC seemingly finds the exact point where the rhythms they’re working with intersect and makes it sound like they were obviously always supposed to be together.

As the title suggests, Chicago footwork producer Lupay’s “The Rawest Sh** I Ever Made,” is indeed raw as shit. The first half of the track has Lupay layering flyswatter snare hits, ricocheting tom toms, and bird flight derailing bass drum kicks over a beautiful looping soul sample. That would have been enough for me, but in the middle of the track Lupay swerves into a wonderfully glitchy breakdown where multiple millisecond chops of the sample compete for space over a tumbling rhythm. If The Flash could footwork, this would be the track he would dance to.

Usually BABYXSOSA is busy putting out the best bubblegum trap tracks (Pluggnb? Lo-fi trap-pop? I don’t know what the cool kids are calling this style these days) in the game, but now ambient and new age music producers are being put on notice, she’s coming for you too. “Leavehim” is just four minutes and forty nine seconds of blissfully floaty ambient synth chords slowly expanding and contracting over a wispy melody line. It’s Laraaji vibes for Soundcloud kids. I hope it gives your ears and your mind some respite from listening to all that digicore.

The spotlight of the neverending trendy music scene hype cycle might have moved on years ago, but vaporwave is still going strong, and British producer Desert Sand Feels Warm at Night is one of the style’s guiding lights. Desert Sand makes a specific subgenre of vaporwave that’s sometimes referred to as “slushwave” where, inspired by chopped and screwed music, the producer slows down a sample to narcoleptic speeds and piles on echo, reverb and flanger effects to the track to make it sound like you’re floating through a slow motion fever dream of late night commercials at the multicolored detritus of consumerism.

The sub-genre is big on producing long tracks – often hitting at or near the 30 minute mark – that suspend the listener in an enveloping but static loop sampled from preexisting records, Especially on this album,Desert Sand keeps to the same spirit of keeping listeners suspended in neon-colored resin while also shifting musical modes and not relying on just one loop, allowing the music to evolve and mutate instead of just staying static.

This album moves from almost gray experimental minimalism to lush waves of technicolor sound, to slowed down torch songs straight from the Black Lodge, to music that sounds like love songs between satellites light years away from each other. Don’t let the 23 to 42 minute track lengths intimidate you, put it on in the background while you’re doom scrolling and let it hold you, if only for a little while.

I usually try to avoid writing about bigger electronic music artists in these columns to give some shine to less well known artists, but hell, I can’t deny that “Nova/Moth” was one of the best releases this month. Consisting of two longer tracks that apparently have been floating around the internet but haven’t seen an official release until now, the tracks combine the sort of skittering organically unfolding electronic sound of Four Tet with Burial’s love of emotionally tinged 2-step garage and rich, moody, textural ambiance and spectral vocal samples. Being that the tracks are older, maybe they’re a little dated, both Four Tet and Burial have gone on to explore different, more expansive, sounds and styles, but listening to the tracks back to back sounds like walking into familiar arms, or an all enveloping metallic gray cloud. Take your pick.

Noise music has a bad reputation for being filled with irony bros larping at being edgy occultists, but NYC’s Dreamcrusher is the real deal, a real noise artist. Explosive, angry, violent, Dreamcrusher’s music sounds like being stuck inside an exploding star, with walls of rhythmic distortion, feedback and bass coming from all directions. Listen for a little bit longer and you’ll hear a faint melody through the fracas. The Technicolor supernova waiting to spread out once the star erupts.

Best Songs of The Week: ft. Vince Staples, Tyler The Creator, and More