To celebrate the 20th anniversary of The Marshall Mathers EP, Eminem participated in a live chat with his fans Spotify on Wednesday (May 27). As he fielded the hundreds, maybe thousands, of questions that scrolled by, he made it a point to answer at least one.

Of course, Shady is referring to the one and only KXNG Crooked (or Crooked I). The two longtime collaborators have been friends for years and Crooked is one of the few rappers Em will sit down with for an interview.

Before the coronavirus pandemic paralyzed the world, Em and Crooked chopped it up for an episode of Crook’s Corner shortly after the January release of Music To Be Murdered By.

During the conversation, Crooked asked if he was a “guest in the house of Hip Hop.” 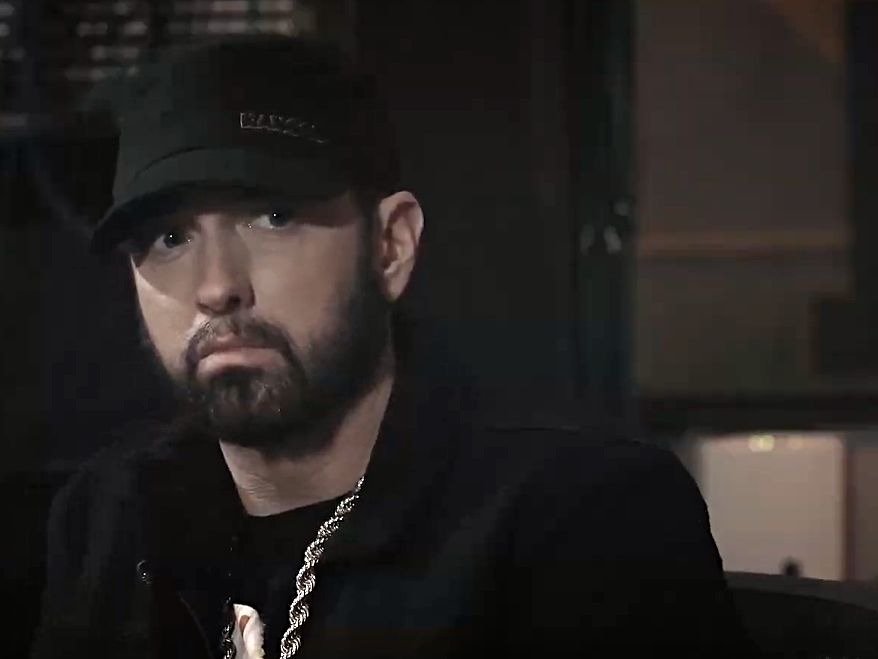 The Marshall Mathers LP turned 20 on May 23.

Hero vs. Villain: “The Gas Face”