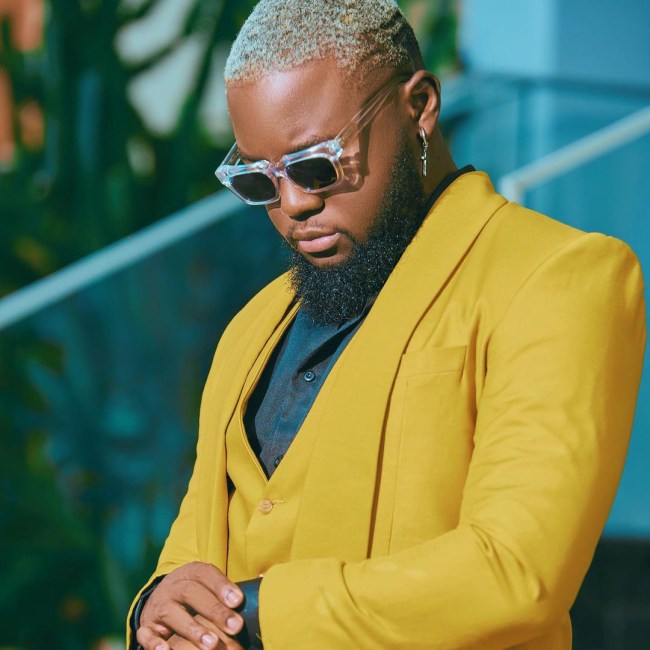 From Cameroon: The main reason why Ko-C is perhaps the most recognizable face in Cameroonian pop today is the enormous quality of every single he puts out, and by this I don’t mean production budgets or industry backing, he has that, but I mean range and commitment to growing artistically.

“La Galere” is a triumph in creative multilayering; traditional drums marrying a modern drum set while machines officiate, guitars doubling the synth leitmotifs, choirs going in and out on the mix, and Ko-C, ever the melodist, skillfully guiding the proceedings. And despite all of this going on, everything layered down gets a second or two in the spotlight. This is wonderful.

From Congo-Brazzaville: From Congo-Brazzaville: The African francophonie is pretty good at freestyles. There is something about the hip-hop based format that perfectly aligns with the free-flowing nature of soukous, rumba, or coupé décalé, and newcomers to the urban scenes are exploiting the fuck out of the possibilities of that. Sam Samouraï takes the drill/soukous combination, and goes for a bit more melody, as a 4-chord pattern leads the song. The results are soaring and super infectious.

From Kenya: Gengetone has rarely sounded this adventurous, and especially this global. Produced by the brilliant Cedo, “Salsa” combines trends in East African rhythms with the titular Afro-Caribbean genre, with an irresistible synth-brass leitmotif to boot. We find rapper Ssaru at her most confident feeling at home with Cedo’s spacious, almost minimalistic production. However, the most intriguing component in the mix are the drums; the track keeps the beat somewhat understated, using the subtleties of ghost notes to create some extra bounce, as they already sound more like hits from a cajón cubano rather than a regular riddim box. The way these flourishes and Ssaru’s earthy tone go together put this firmly in sex jam camp.

From Tanzania: For those who are just recently coming into the East African music scenes, Gengetone and Bongo Flava are basically two expressions of the same style, one based in Kenya and the other in Tanzania, but after a while, you find that the latter borrows a bit more from dancehall than its neighbor, which is more hip-hop and reggaeton-influenced. A great example of this is “Utamu”. Super influential group Mabantu gives us a tune that feels a lot like the early-2000s sound of underground Jamaica, but with a lot more syncopation (if that’s even possible) and the sticky qualities of the Tanzanian swahili dialect.

From Ghana: I usually don’t talk much about it, but i fucking LOVE reggae, you know, good old reggae with the upbeat guitar skanking and conscious lyrics, which is why I just had to include this new Stonebwoy tune. The Ghanian star’s new number is great for mainly two reasons: The first one is the riddim itself, with the traditional reggae swing but entirely built on 808s and trap hats. The other are the lyrics — Yes, protest lyrics that denounce the big man are essential to the genre, but Stonebwoy’s references cover territories that are very specific for Ghana (and by extension, Africa), as he decries how the greed of a few (white) men is responsible for wage theft, resource extraction, environmental disaster, and of course, war. The mention of his country’s cocoa production decline alone can make way for an interesting conversation.

Loved the column and want to hear some more? Here’s the Youtube playlist for this week’s Afro Jams, as well as other great tracks that almost made the cut.

Janet Jackson is Reuniting with Jimmy Jam and Terry Lewis