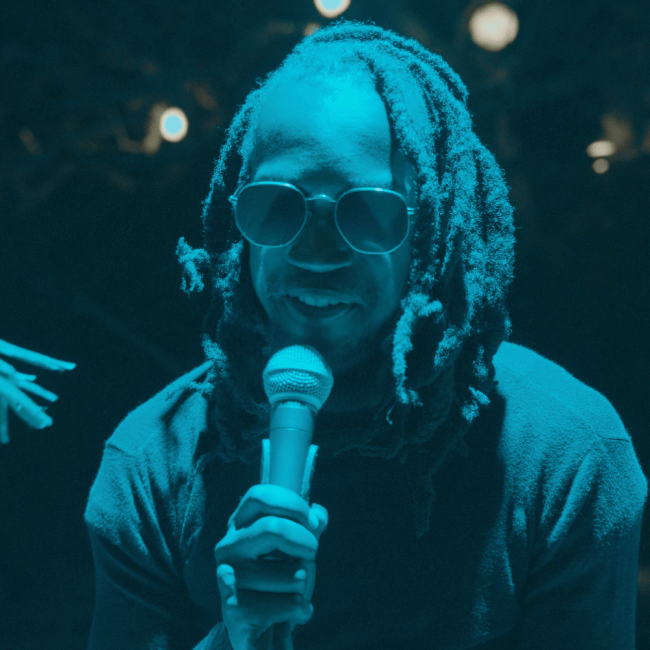 From Kenya: I really love being surprised. Kenyan star Benzema has put out great tunes that straddle the line between refined afropop and straight up gengetone for a while, but for “Kasoro” he has taken a different route and given us a Latin-inspired slice of pure nightly seduction. His hushed, lower-toned raps contrast beautifully with the watery synth chords and the syrupy background keyboards, but the true surprise is in the rhythm. Instead of a genge beat, or the typical afrobeat clave, the production goes for full-blown reggaeton, “pounda” drums and all. And in true Benzema fashion, the backing voices and countermelodies enhance the hooks even further, especially in the way they sing the title. This is a tropical delicacy, and its brevity makes it even more precious.

From Cape Verde: As kizomba is becoming a “prestige” genre in Lusophone Africa thanks to its greater acceptance in Europe and Brazil and its status as a romantic and widely commercial style, the African scenes themselves are reaching unprecedented levels of sophistication in their productions. The great Jennifer Dias has been among the leaders of the scene in Cape Verde and Portugal for several years now, but both the quality of her singles and her own vocal malleability increase with every step she takes. “Sufri” is a brushstroke of good taste, with a concise but emotionally exuberant Dias shining on top of a carefully crafted production. I love how the introduction is made of organic instruments, and transitions to a more robust beat almost effortlessly. The way the guitars and pianos intertwine with those bongo and cajon patterns attest to BeatsBySV’s great talent as a composer and arranger, so much that it feels like everything was tailor-made for Jennifer’s abilities.

From Zimbabwe: Sometimes you listen to a song and you just have to let yourself be supercharged by the great power of the beat. “Kopo” is one of those tracks that lives off the strength of that hectic, tight rhythm. The inclusion of small ornaments of native percussion that slip through the cracks and that level of raging, raving energy that you rarely see even in house music make for a real floor-breaker. Java productions are generally amazing, but this one has truly raised the bar. I needed a “get your ass moving already” tune this week.

From Uganda: One listen to these 3:09 of tasteful r&b and it’s super clear that the true MVP is the guitars. But Cabu’s production, from the slick, skipping beat to the way he lays down the synths during the verses, lets you know that he’s in charge. Lamu’s voice is aural candy; she emotes in a very sober, measured manner, but her melodies reflect the melancholy and the disappointment of a broken relationship. The guitars though, just own the whole tune. Sam Sam the Kung Fu Man’s work throughout the track, from the tripleted clean electric that appears at the beginning of every interval, from the chordal adornments, to that face-melting, distorted solo in the end completely elevate this; it marks the difference between a good song, and a great one.

From Burkina Faso: The Burkinabé musical landscape is having a big moment lately, and veteran Hawa Boussim has joined the party with one of the strongest Afro-fusion tracks of the year so far. On “Kouwan” she reconnects with her Fulani roots through the strength of their melismatic, earth-shattering melodies, underlined by the airy synths and xalam. But the main focus should be on the rhythmic fusions; we get a 4:3 polyrhythm that lies more on the three for the first two verses and hooks, but it slowly become a full 4/4 as it transitions to the bridge, only to completely explode into a full coupé décalé pace by the end. You can feel how every step takes you to such a satisfying climax, where Hawa’s voice sounds the most triumphant.

Murs Passes "The Breakdown" Torch To Page Kennedy: "Are Bars Enough To Make It In 2019?"