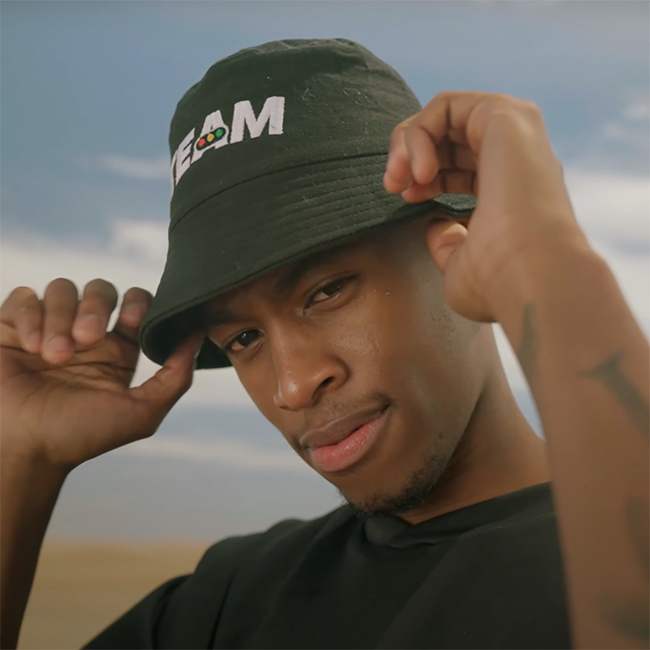 From The Gambia: This is the stuff I first look for in an Afro Jam, a piece of music that unifies the centuries-long tradition of specific regions or peoples of the continent, with the current trends in global music. “Wonteng Wolong” is a tight rap confection, but it’s the kora that gives this track it’s identity. The skillful, triplet-filled string play, combined with St. Gambian Dream’s melodic subtlety, make for a tune that goes easy on the ear, the airy, auto-tuned backing voices only making it smoother. Top-shelf stuff.

From Nigeria/Mozambique: Yemi Alade can virtually do everything musically and it will come out great. She’s done earthy balladry, traditional afrobeat gems, afropop with modern R&B touches, and of course, many forms of electronica.

She’s tried her hand at Amapiano before, but this new single “Tell Somebody” is by far the strongest incursion into the genre. She offers her rock solid tone and charismatic delivery to an airy Effizzye track that’s only made greater by the intervention of the Yaba Buluku Boyz, the best hypemen in the game. Tárico and company contribute the hardest elements in the mix, their trademark bursts of percussion and bravado-fueled ad-libs, but it’s the anthemic background chants and Yemi’s powerful melodic runs that make this track so unique.

From Mali: Francophone African music has a certain emphasis on bounciness; countries from Senegal to the Congos usually value syncopation, polyrhythmic fluidity more than their anglo counterparts. Malian music is no exception, and Wizy Wozo’s “Kassobomba” is a bounce masterpiece. There’s a lone, looping synth line driving the song forward, a few flourishes and bass, but the rest is a barrage of drums, sampled and organic, and Wizy’s incomparable flow. I’m not much of a dancer, but it’s impossible to listen to this without hitting the floor.

From Rwanda: This one is all melody, all pop. The clave bell is still there, but what actually grabs you is the arpeggiated guitars, which play beautifully on that i-VI-VII-VI progression. But this is Emmy’s song, and he delivers some heart-melting melodies, his nostalgic baritone gliding through the transitions like a hot knife through butter. And that coda — listen to that production — where the drums play a few measures alone and give way to a synth solo is the cherry on top.

From Uganda: Comrades, enter Luga Flow, a music style from Uganda that poses as a regional take on hip-hop, but owes way more to 90s dancehall (the best era, no doubt). I have featured pop star Sheebah here before, which owes a lot to Luga Flow, but “Centre” is a better introduction to the genre. The loud, no-nonsense tumpa tumpa, the tresillo pianos, and the major C key all connect it to the Jamaican classics, but Omotujju and Kapa Cat’s verse-hook exchanges and the videogame synths are their own. Besides, what’s a list of Afro Jam’s without a healthy dose of tumpa tumpa?

From Tanzania: Gospel music has many forms in Africa; there are the big ballads that take a lot from its American counterparts, there are the rap/afropop crossovers, and of course, there are gleeful dance numbers like “Mapembe”. The organic drums and the soukous-indebted guitars bring the traditional flare, and the chants, whistles and percussive flourishes give it an extra boost of pure joy. What a way to praise the Lord.

From South Africa: I’m normally more inclined towards melodic, “private-school” Amapiano, especially if it contains a pretty hook, but pieces like “Oksalayo” stand out to me due to the attention grabbing elements in the mix. That distorted bass, industrial flourishes and prominent, laser-sharp synths, all bring a confrontational sense, a certain spike that is hard to resist. It’s more true to the original style when it gets noisier.

COASTCITY: "Carribean Soul" Is The Name, The Game & The Aim

Ray J On A Crusade To Spring Suge Knight From Prison