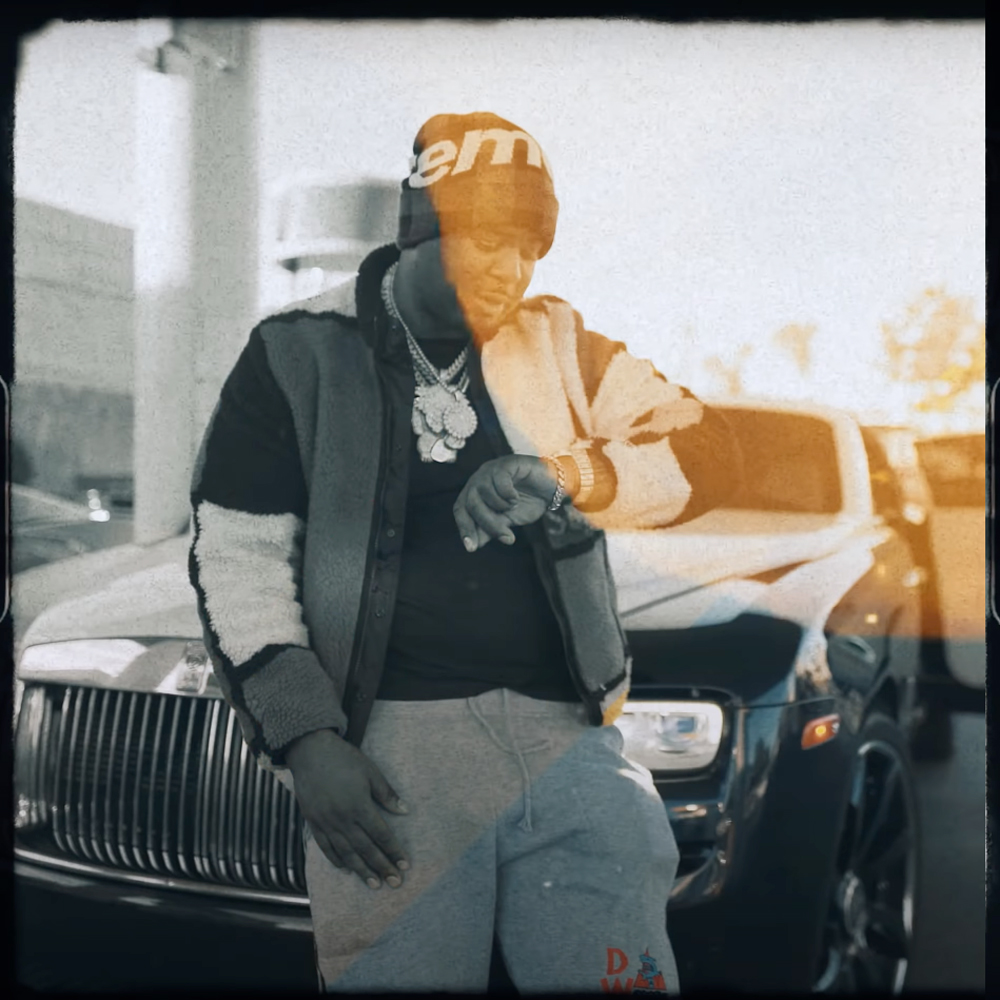 Tracy Kawalik co-wrote an anthology of clubbing yarns from behind the booth. From London to Ibiza, Berlin and Kampala the DJs spill unbridled rave tales to the harsh realities of the dark side of the scene.

The first Rolls-Royce cars didn’t feature mascots on the hood; they simply carried the Rolls-Royce double R emblem. It wasn’t until avid motorist and Baron, John Montagu the 2nd, commissioned his friend and sculptor Charles Robinson Sykes to create a personal ornament of his lover for his 1909 Rolls-Royce Silver Ghost, that the iconic piece began to take shape.

The famed bonnet is entitled “The Spirit of Ecstasy”.. It is a sculpture of model Eleanor Velasco Thornton, who Montagu had begun an affair with 120 years ago. Billowing cloth runs from her shoulders to her spine, resembling wings, but she’s not entirely free. On Montagu’s Rolls-Royce, the silver sculpture of Eleanor features her holding one finger to her mouth to signify her silence and the obstacle to their love.

Despite the seemingly romantic gesture, Montagu kept Eleanor a secret due to her impoverished social and economic status. By 1910, personalized hood ornaments were in demand, and punters were affixing all sorts. Rolls-Royce was worried that some might get caught up in the hype and opt for tacky/ostentatious ones that would kill the sleekness of their look. So they commissioned Sykes once again to remix his timeless work of art and sculpt on his own terms.

This time, Sykes would grant her freedom and refer to her, not as someone to be ashamed of, or who came from humble beginnings, but as a goddess with outstretched arms, driving toward her destiny.

Over a century later, palm trees roll past the blazing California setting sun. Behind the wheel of his Rolls-Royce drop-top Dawn, Drakeo the Ruler takes a victory lap.

A warped Spanish guitar beat starts to bounce a few frames into the “Too Icey” video; Drakeo stunts at the gas station, dressed head-to-toe in a Mondrian print Supreme fit.

“We are not the same; you don’t have enough ice. I lift up my sleeve, and damn, I almost went blind,” He raps in his low drawl revealing a wrist full of diamonds and quadruple the amount around his neck. The camera closes in as Rolls-Royce’s female phoenix slowly rises from the hood, her eyes, like Drakeo’s, locked on the horizon.

On the surface level, “Too Icey” may appear to be a boastful retort to jealous haters and a flex about Drakeo’s love for life’s “finer things.” But on a deeper level, “Too Icey” is an anthem of an exonerated outlaw relishing his hard-earned riches in real-time. A toast to a self-made, unsigned rapper, navigating his way through South Central in a half-million dollar whip on the precipice of all of his deserved superstardom and dreams finally becoming a reality.

His quick wit and inimitable lexicon operates at maximal levels throughout The Truth Hurts LP. But “Too Icey” is the slickest track, with a legion of Reddit fans even arguing it should have kicked off the entire album. Here, Drakeo is too blessed to be stressed. ” I came in rockin’ Cartier, Patek, Sneak dissin’ when I know you is a fan, I’m too icy. Ain’t worried ’bout them comments on the ‘net.”

He refers himself to a “punk rocker” while swerving from diabolic taunts to expert shit talk. “He had to run up on the child, I had to clothesline him/ Sneak-dissing on the net got me dumbfounded.” (But in Drakeo’s voice, “clothesline him” and “dumbfounded” rhyme perfectly.)

Drakeo’s lavish lifestyle is aspirational but the rapper living it is relatable. He blends high-low aesthetics in the visuals for “Too Icey” the same way he contrasts clever wordplay. Drakeo might be dripping in a shitload of diamonds but he’s also rolling with a car full of snacks, his phone on the charger and a box of Tropicana apple juice in the cup holder.

Looking back, it’s no coincidence The Truth Hurts was his 9th EP.

In numerology, the number nine represents completion, as it’s the last of the single-digit numbers and the highest in value. Number nine is known as the number of spiritual awakening, power, love, and Karma. Symbolically, it represents a culmination of wisdom and experience and buzzes with the energy of both endings and new beginnings.

In a way, it also doubles as a vignette about Drakeo’s come up. At 4 years old, despite being the poorest on a block and set in a neighborhood with one of the lowest employment rates and the highest murder rates, Drakeo proudly professed to all who would listen that he would one day be rich.

This unbreakable will and dexterous gifts helped get Drakeo out of the hood and to the Ritz quaffing champagne and chowing down on lobster and steak with Ketchy. It saw him not only survive solitary in Men’s Central Jail, but manage to utilize the prison phone to create Thank You for Using GTL, the best jail rap album ever. He did it all despite all the odds, with a flow so laid-back it sounds horizontal.

“Too Icey” dropped as 2021 began. Drakeo had only been free for four months. He wasted no time reaffirming his stature as one of the hardest working and the most original West Coast rappers in decades. Within weeks of being released from jail, he dropped a mixtape then put on his San Pedro rap protege Remble, now L.A.’s biggest freshman. Soon after, he collaborated with Drake on their single “Talk To Me,” and fronted his OVO lookbook. By the time he was closing out 2022, he owned all the masters to his songs, was bankrolling about $300k a month, and was about to take a trip to St. Thomas, his first outside the country.

Towards the end, “Too Icey” takes a dark turn. Drakeo once again switches the mood by warning one of many who didn’t visit him in prison “I’m gon’ sit outside his mama house, then read a poem.”He slows his bars as a ghostly instrumental seeps in, hinting that Drakeo’s trip around the block might have been done on borrowed time. Standing in front of his Dawn, angel wings appear behind Drakeo. His last bars are as cold as his first but you get the sense Drakeo knows hellfire is underfoot; he raps in repetition: “What is real money? You don’t even know the meaning, To wake up up in heaven, but still go to sleep a demon”

Fast forward to today, and bootleg versions of Rolls-Royce’s winged ‘Spirit of Ectasy’ have been hustled worldwide. The ornament has been remade in platinum with diamonds, 24-carat gold and valued close to $200,000, and become so highly desired and frequently stolen on the street that Rolls Royce installed a feature where she could be lowered from centre stage and protected within the vehicle. A luxury, Drakeo, would not be afforded.

Clouds of frostbitten silver vapour snake across a sinister ink-black sky and the golden lights of Toronto’s sprawling city skyline flickering thousands of feet below. It’s December 19th, and I’m on an aeroplane, burnt out from the dystopian menace that was 2021 but on a high about writing one last article on the albums and artists that dominated my eardrums and elevated the spirits of the masses alongside my own throughout.

Only six months back, it hit me that one of those was Drakeo, the Ruler. I hadn’t been there since day one, but I’d gotten heavily into his staggering back catalogue to catch up over the summer. And in a haunting plot twist, I bumped So Cold I Do Em 2 for the first time, start to finish that entire flight from London to Toronto and a connecting flight.

When I landed 3 hours later in my hometown, the temperature had dropped to -27C, crystalline snowflakes cascaded down over the brutalist parking lot like confetti. Unfazed by the blistering cold and on 2% battery, my flight soundtrack persisted still. In the back of a cab, my phone illuminated for the last time on this trip, piercing the pitch-black darkness with ultraviolet. Drakeo was gone.

Gabriela Speaks Out About Her Latest Releases, Inspiration And Future Plans