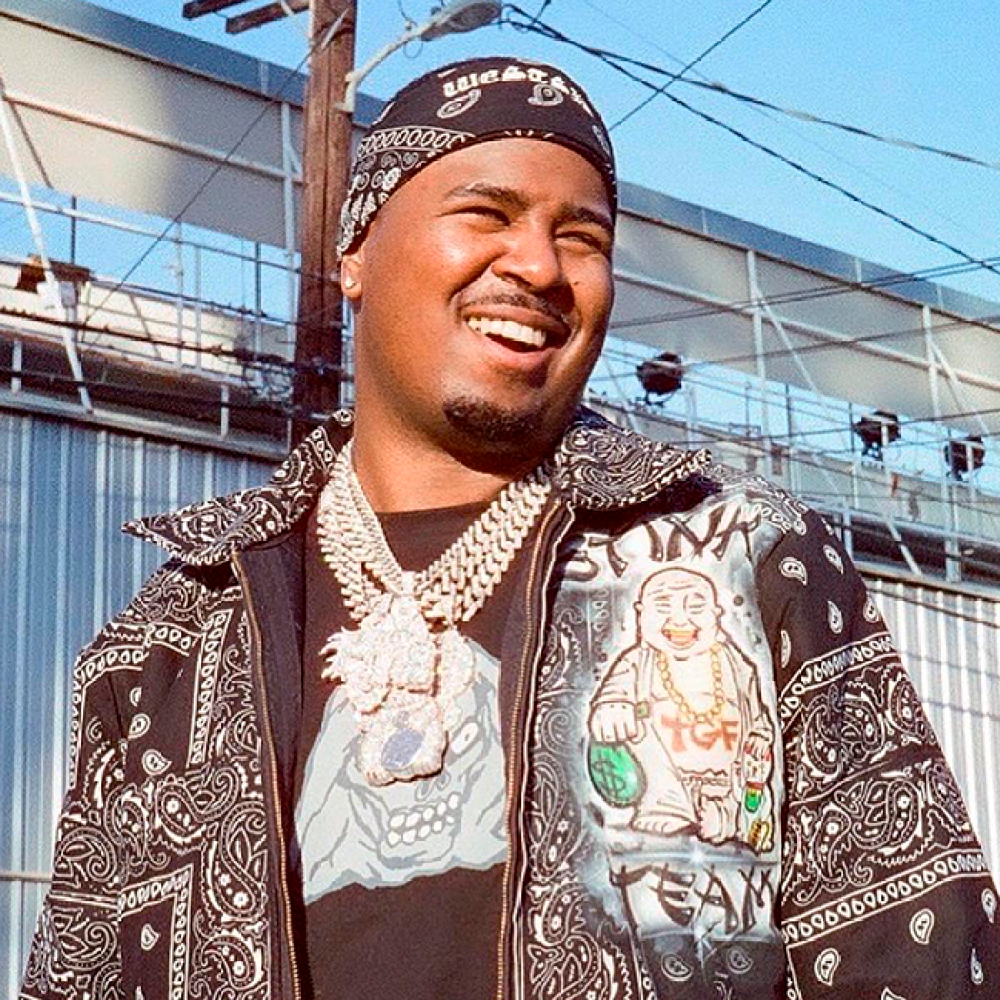 Fuck the DA, free the Ruler forever. Support rap journalism’s coverage of the West Coast’s greatest talents by subscribing to Passion of the Weiss on Patreon.

It began in December 2016, when a shootout at a house party in Carson left one man dead and two others wounded. A Mercedes SUV belonging to Drakeo the Ruler was spotted on the premises, leading investigators to begin zoning in on the rapper and his Stinc Team collective. The following month, detectives from the L.A. County Sheriff’s Department raided a condo the Ruler had been renting, in search of the weapons used in the Carson killing. They didn’t find those, but they did find other guns Drakeo had used in his music videos, and he was given an 11-month jail sentence on charges of illegal possession of firearms by a felon.

Stepping out of the prison gates on November 30, 2017, Drakeo wrote lyrics and interacted with fans during his entire stint. From the first moments of regaining his freedom, he refused to let his career lose its pre-arrest momentum. Within a couple of weeks, the Ruler recorded and dropped Cold Devil, which quickly became his most popular and acclaimed project. Two of the tape’s standout singles, “Out the Slums” and “100,” featured fellow L.A. rapper 03 Greedo, one of the most innovative artists currently working. That same month, Drakeo and 03 recorded even more tracks together in hopes of eventually releasing a joint mixtape. The effort would sadly never come to fruition: Just a few days into January 2018, Drakeo was pursued by police and indicted on charges of gun possession. Two months later, the L.A. Country Sheriff’s Department would indict him on further counts related to the Carson shooting: first-degree murder, attempted murder, and conspiracy to commit murder. Prosecutors claimed that the Ruler was personally responsible for the killing that night. The charges would leave Drakeo languishing behind bars for most of the next three years.

As Drakeo tangled once again with the law, some of the as-yet-unreleased songs he’d worked on back in December gradually hit the internet, including “Ion Rap Beef,” which dropped just weeks before the Ruler was hit with the murder charges. The track is perhaps the best result of the Ruler’s collaboration with 03 Greedo, demonstrating the L.A. greats’ respective skills and providing the best hint as to what more listeners could have expected from their joint tape. Producer JoogSZN provides a sparse but appropriately ominous beat, punctuating his quick three-note keyboard runs and short horn blasts with syncopated snares and cymbals that echo as if sounded in a claustrophobic alleyway. In his verse, Drakeo takes a lean-addled stroll through Neiman’s one minute and kicks down front doors Mortal Kombat–style the next; he drops his signature punchlines in between personal confessions and jeers at his enemies, delivering his lines in rapid succession while never seeming to pause for breath (“I got dirty money on me but I just got out the shower/ I’ll shoot up everything, we ain’t squabblin’ for hours”). 03 Greedo gives some of the most stirring rhymes of his career, singing the blues of having made it out the slums yet realizing the system is determined to keep after you. He mentions the entanglements with Texas’ legal system that would later doom him to prison, but also boasts proudly of his friends, his resilience, and his skills (“I bought some designer and some weapons so I won’t die/ All we make is slappers, treat a rapper like a horsefly”). As his verse progresses, Greedo stretches his voice to the highest bounds of its range, his melodies informed by years of struggle.

In July 2019, the Ruler was finally cleared of first-degree murder, attempted murder, and conspiracy to commit murder, but faced a hung jury on two respective counts of criminal gang conspiracy and shooting from a motor vehicle. Right as Drakeo’s freedom appeared in sight, L.A. County District Attorney Jackie Lacey’s office refiled those latter two charges, keeping Drakeo detained while awaiting a new trial. By early 2020, as Drakeo’s confinement continued, more rappers around the country had become aware of this infuriating legal situation. Peers like G Perico and Danny Brown added their own verses to remixes of Drakeo tracks as a show of support. None of them, though, were as forceful as Earl Sweatshirt, who chose to hop on “Ion Rap Beef.” When you hit play on his remix, which landed in March 2020, you immediately hear an echo of “Fuck the DA,” the rage of which lingers in the pause before the next statement: “Free the Ruler.”

The former Odd Future rapper isn’t known for such pointed barbs at public figures. He also isn’t known for rapping like either Drakeo or 03, or for tackling beats like JoogSZN’s. But he is known for being versatile, for switching up styles and sounds in every subsequent album from Earl through Some Rap Songs. The “Ion Rap Beef” remix is a chief example of Earl’s talent . The verse nods to the lewd and uptempo raps of his past (“sex canceled, I went right for that medulla”) and spins variations on Drakeo’s trademarks: the hilarious wordplay, the slippery flow that pushes the limits of the beat’s rhythmic framework, the multisyllabic rhymes, the croaking and garbled voice. You can hear all this when Earl dismisses rivals (“Talkin’ ’bout some he gon’ fight me/ it’s unlikely/ he a tulip”), drops his own puns (“Tell the same tall tale that you talked and you ran with”), and engages in some playful bragging (“Loose lips sink ships, I ain’t drowned yet”). It’s a testament that Earl can still draw on his origins and keep up with the times, learning from rappers who came on the scene long after #FreeEarl. Earl’s always been one to support up-and-coming artists like Navy Blue and MIKE, but it’s rare that you find him in the form Drakeo inspired: riffing on a whole other rapper’s style and calling out a specific public servant in fury.

As it turned out, Earl’s rage toward the system represented the feelings of millions of Angelenos. Months after the “Ion Rap Beef” remix hit the scene, anti-racist protests swept the nation, demanding something better from our brutal law enforcement institutions. DA Jackie Lacey had long been a villain to criminal justice reform advocates, as she was known to receive ample financial support from police unions. The nationwide shock at George Floyd’s killing and the resentment from L.A. for Lacey’s treatment of Drakeo made 2020 the year the DA was finally held accountable. She lost her reelection campaign to a “progressive prosecutor” candidate, a result actively celebrated on the streets of her city by racial justice advocates. Following her defeat, Lacey immediately seemed to cut her losses: She offered Drakeo a plea deal that would end his incarceration. Eight months after Earl had snarled, “Fuck the DA, free the Ruler,” the DA was out, and Drakeo was free.

Fred The Godson Passes Away After Battling COVID-19