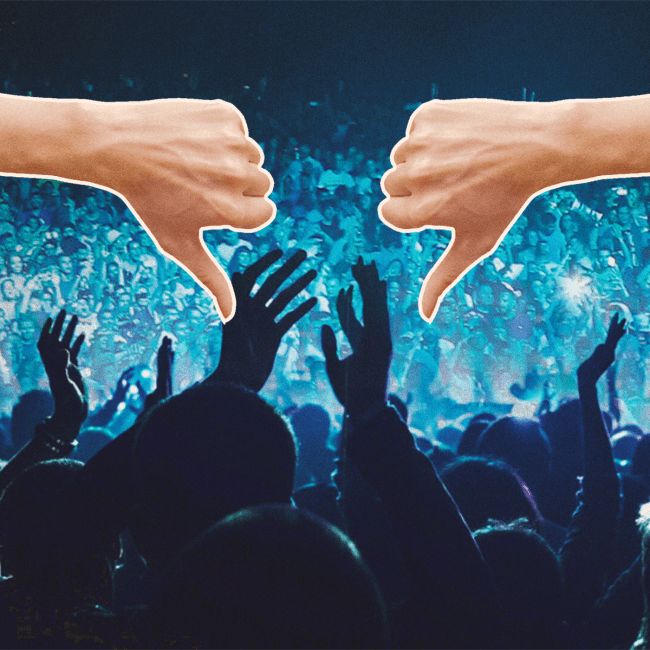 We may have missed a few deadlines, but we’ve never missed an opportunity to write something real. Support truly independent journalism by subscribing to Passion of the Weiss on Patreon.

Will Hagle wants you to know that just because you’ve had five or six shots, it doesn’t give you the excuse to turn on ‘Big Willie Style’ in his presence. 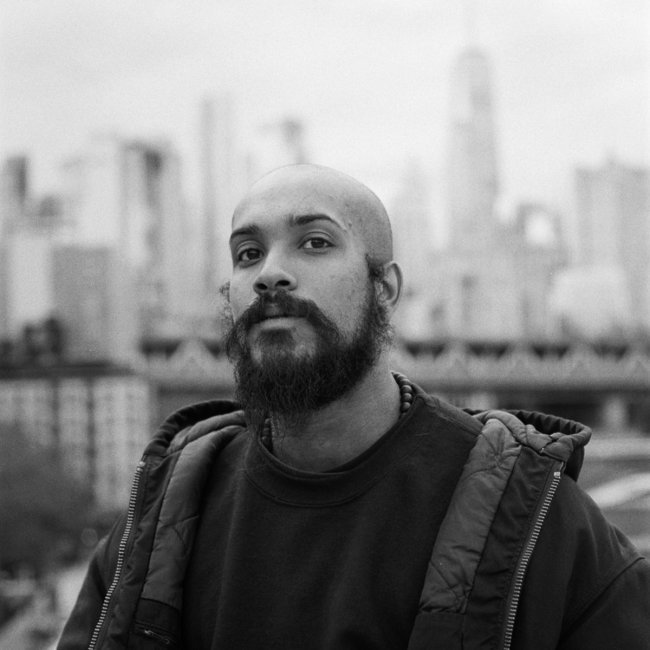 The record label associated with this blog throwing a show with Gabe ‘Nandez & Chester Watson? Jeff & Earoh DJing after? Why not make that my first live music experience since whatever forgettable concert I attended last before Covid times? Problem is I arrive late, and run right into my old college friend Gabe, who I haven’t seen since long before Covid times. Gabe tells me I missed Gabe ‘Nandez, who, unrelated to the fact that they’re fellow Gabes, was great.

I do see Chester Watson, who, unrelated to his association with this blog, is also great. His set is an energetic improvement over the last time I saw him perform, in New York at a show with Gabe ‘Nandez but not my friend Gabe, long before long before Covid times. I’d go so far as to say it’s the best concert I’ll see all year, but I must disclose that the only other concert I’ll see is Ty Dolla $ign lip synching during halftime of the Rams/Titans game at SoFi Stadium. So YES… It was that good. 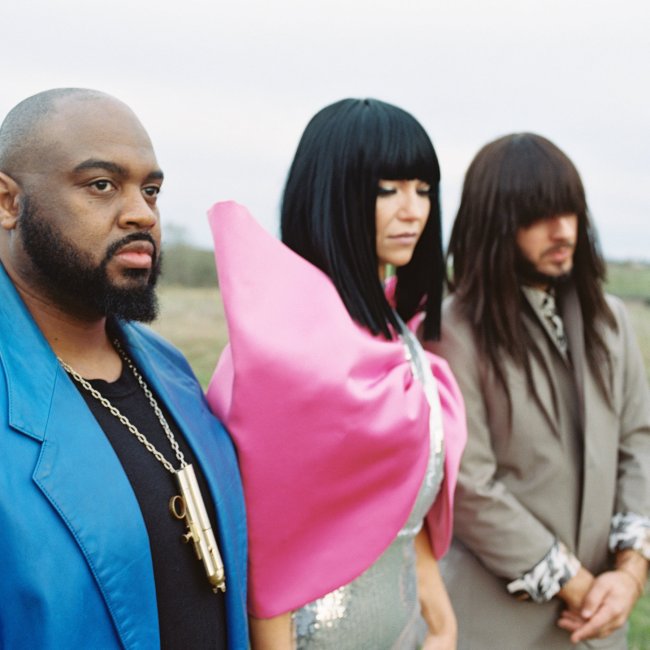 Wednesday, November 3: A group text comes through in the morning:

The replies flood, like the river that runs along Griffith Park does rarely:

So Wednesday, November 3 marks my triumphant return to the movie theater. In another group chat later, someone not in LA says they, too, saw The French Dispatch, and “it was fine.” How can a movie like that be “fine”? The second and third stories in the anthology weren’t as compelling as the first, and it will fall in the mid-to-low range of any respectable Wes Anderson ranking, but in this Cinematic Universe we unfortunately inhabit we can’t dismiss originality, meticulous set design and choreography as “fine,” no matter how “Wes Andersony” it may be. No, it’s the movie theater experience itself that is “fine.” Forty-five minutes of previews, including horrifying Nicole Kidman AMC propaganda selling a butter-stained audience a lie they’ll believe as easily as “you gotta see the next Spiderman franchise”: that the meme stock corporation they paid $30 to enter “makes movies better.” It’s the opposite and I would be happy to spend the rest of eternity hate-watching Dune seven thousand times from the comfort of my couch.

Kind of like concerts. Are they really that fun? Do I need to be there in person to watch Khruangbin stand on stage motionless? Wouldn’t my time be better spent taking the plastic wrap off the vinyl copy of Con Todo El Mundo I bought years ago? I do that and fall asleep arguing via various messaging platforms with multiple acquaintances about how much The Life Aquatic sucked ass.

No replies for a while, then, from someone:

I debate it but not really. Too exhausted from leaving my place to see The French Dispatch the night prior. Don’t respond.

Friday, November 5: More texts. The last night of a three-night stint. Khruangbin doesn’t move around a ton onstage but they play their instruments well. They have so many good songs. The Greek is The Greek. Get me there?

Can’t. Have to watch a friend’s dog while they go to a wedding. After pacing around my apartment for two hours, anxiously looking for his owners the way I’d been looking through StubHub for Khruangbin tickets earlier, the good boy settles on my lap and we watch the Great British Baking Show. Caramel week. Best night in a while. 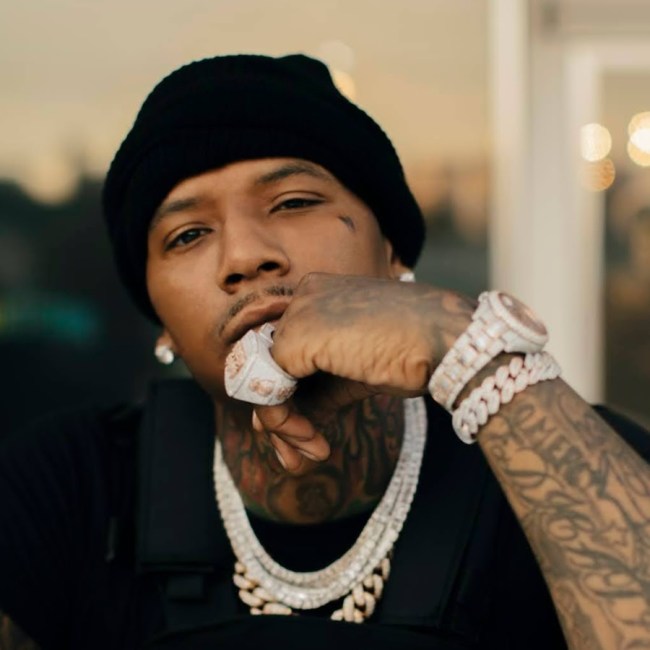 Moneybagg Yo is touring and there’s almost a chance that I’ll go to his concert and interview him for this site. I want to ask him whether he thinks James Patterson could have written A Gangsta’s Pain. He doesn’t have time today. Oh well. 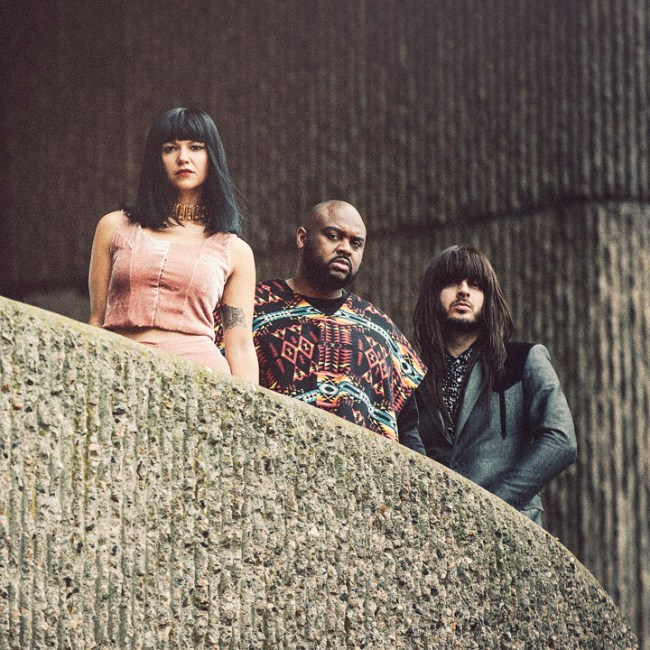 Saturday, November 6: I text the group, with ambitious initiative:

Only one response back:

Whatever. It wasn’t a serious idea. Just a serious fantasy. When was the last time I drove that far to see a band? Leftover Crack in Camarillo, 2013? Two years after “Young, Wild, & Free” came out. We could’ve been like Snoop Dogg, Wiz Khalifa, Bruno Mars, Phantom Planet. On the run, in the sun, cruising up the 101. Could eat quesaritos at the original Freebirds, where I haven’t been since the day Kobe died. Why is time flying so fast? Why haven’t I been to a concert in maybe more than two years? Why am I building it up in my head like I really am young but not wild or free and it’s actual virginity? I’ll go back to a concert when the right one presents itself, right? 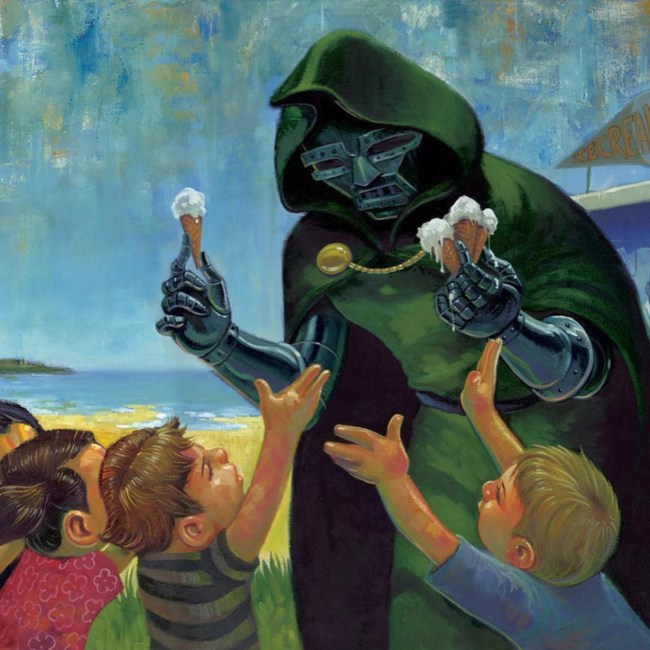 A collective of Bay Area artists, including Jason Jägel, who designed the Mm..Food cover, is throwing a daylong art and music festival to commemorate the one year anniversary of the villain’s death. Artists will be selling their DOOM-related pieces and 50% of the proceeds go to his estate. DJs will be playing his music, so it’s kind of like a concert. My sister, brother-in-law and niece live in San Francisco. Maybe I can visit them and go to this.

I do something else that day that I won’t, in the future, be able to recall. Other than it wasn’t this, which sucks. 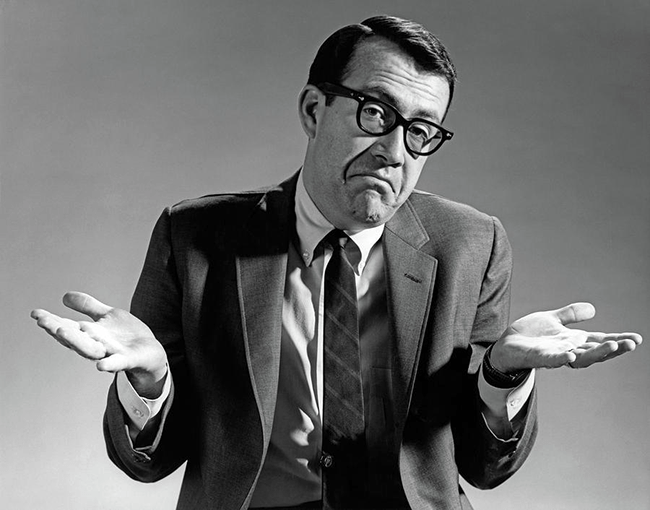 Would you want to go to a concert?

Before the recipient has the chance to respond, I follow up: 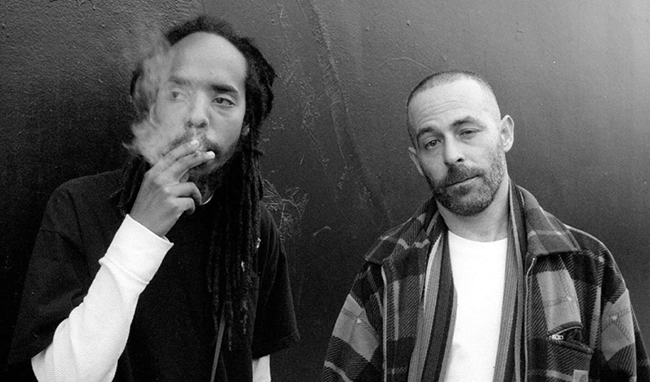 I see the poster a day before the show. Text the image to my brother and another friend who works for a major ticketing company. Can we get in free?

Not the right major ticketing company. The competitor of the one who controls sales for the club/theater formerly known as Nokia and Microsoft. Free tickets, unattainable.

My brother thinks the lineup looks good, but not $75-in-a-pandemic good.

Earl Sweatshirt and The Alchemist, though. This is the first time since the demolition of ESPN Zone that I seriously consider surfacing into L.A. Live. “Loose Change” is one of the songs of the year. There’s also “Falling Out Of The Sky,” their collaboration on Armand Hammer’s Haram. Not to mention the rest of their discographies.

More than a decade after Earl disappeared, Odd Future has achieved the opposite of fading from relevance. Firmly entrenched themselves in individualized and combined pockets of specific cultural offshoots. They became what they are now in part because of the raucousness and unpredictability of their early live performances. Tyler, the Creator headlining Staples Center is remarkable but won’t occur until 2022.

Earl is one of my favorite rappers ever. I Don’t Like Shit, I Don’t Go Outside is the album I return to with seasonable predictability. I have to go see him, don’t I?

No, I don’t. Not for $75, alone in a pandemic. That’s the excuse but the reality is I’m Tyler, the Creator’s age and the live performance of music isn’t the transformative, spiritual, essential experience it once was. In many ways, it sounds like a chore.

The onset of the pandemic made us stop going to movies and concerts. Cut off the livelihood of artists. Removed enjoyable hobbies. Much of the country came back quickly and Los Angeles came around eventually. My inability to attend concerts in 2021 is not about covid fear anymore. It’s about becoming comfortable with an Earl Sweatshirt-like agoraphobia. Why would I go out when I can stay in? But, given the sheer number of concerts that I almost attended (this isn’t the full list, just the top 8), clearly the lack of live music in my life is a void that I want to refill. I want it to mean what it used to, and I don’t know how to reconcile the fact that it maybe never will.

But wait. Tyler, the Creator is playing the Staples Center in April, 2022. An enormous, significant headlining set at his hometown arena. Surely Earl will be there. Will I? 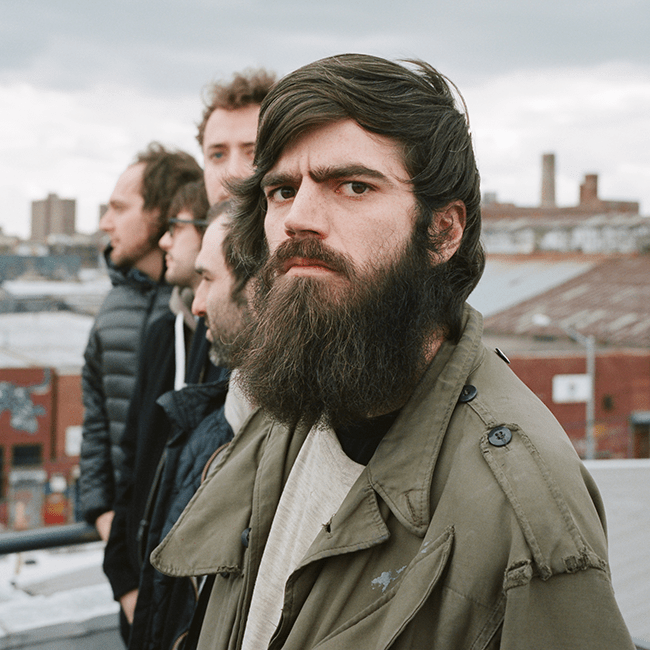 The closest Titus Andronicus gets to L.A. on their “The Monitor: Revisited” tour, in which they’re performing their undisputed classic 2010 masterpiece, The Monitor, is Chicago. I have been scheming flights and travel plans to get back there, to the state in which I was raised, like Patrick Stickles taking the stage in a Devils jersey on opening night in Jersey City to play “A Pot In Which To Piss.” The particular weekend doesn’t make sense because I’ll be in Illinois for Thanksgiving a couple of weeks later. A trip to visit my friend in D.C. to see them play the Black Cat on the 17th falls through, because he has a child now and other obligations that preclude him from screaming “YOU’LL ALWAYS BE A LOSER” alongside me, this loser who wants to go to concerts but doesn’t, in a sweaty pit.

With Abraham Lincoln-esque ambition I purchase two tickets for the final date of the tour, the second installment of the band’s two dates at the Music Hall of Williamsburg. The first date is already sold out. I will travel to New York City just to see this band. Because I am a fan and that is what fans do. They fly across the country to see their heroes. Might be my only chance to hear a live version of Track 7, “Theme from ‘Cheers,’” a song that they’ve historically refused to play onstage. I’ve been in the crowd for renditions of all other songs on the album, including a memorable performance at The Bootleg Theater, a local casualty of the pandemic. Earl Sweatshirt & The Alchemist might not be worth $75 and potential respiratory illness but this one could be.

The timing doesn’t work out, though. I have to move out of my apartment this weekend. And I am not moving to Brooklyn.

This tour is both a money grab (Stickles has acknowledged as much directly on Twitter, insinuating that the past two years were rough on touring musicians and so they’re doing the one thing they vowed only to do if they fell on hard financial times) and a direct service to a passionate fan base. The Monitor is a perfect album and Titus Andronicus is one of the best live bands of a generation. They recently put out a YouTube documentary documenting the studio sessions and tours on which they embarked around the recording and release of the album. I guess I will sit home, alone, forever a loser, and watch that instead.

Birdman Ordered To Pay $1M To Ex-Employee After Skipping Court