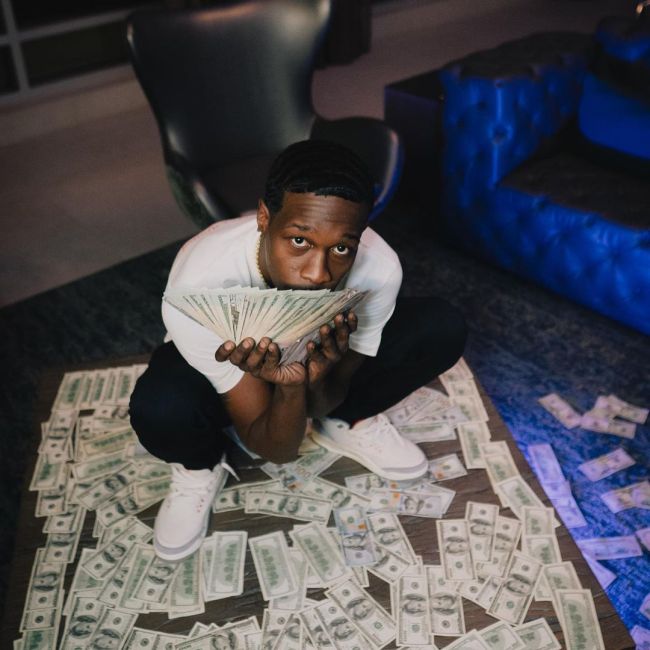 Allstar JR  – “Run Through It”

The video for “Run Through It,” by Allstar JR begins with a faux infomercial for “Junkies Gone Wild,” a spoof on popular mail-order series’ from the early 2000s that looks like a mix of Girls Gone Wild and Bumfights. The commercial promises, “Now you can party with the wildest junkies ever caught on tape,” noting that these junkies are real and appropriately found at the Detroit Greyhound station. I attempted to call the number on the infomercial and was given a busy dial tone.

It’s an interesting way to begin a song that samples D’Angelo’s “Lady,” but it ends up being one of the Detroit rappers smoothest tracks in recent memory. The production has a bouncy appeal that reminds me of recent singles from artists like Shootergang Kony and DaBoii, who have begun to choose brighter and more melodic beats. The rapping is relatively low-stakes and the video shows Allstar JR dancing at a gas station with the same fiends from the earlier infomercial.

It reminds me of fellow Michigan rapper Rio Da Yung OG’s “Fiend Lives Matter” campaign. Although a tad bit exploitative and potentially insincere, it’s nice to see Michigan rappers showing love to the downtrodden, assuming their love for the fiends goes beyond the average dealer-user relationship. The video ends with an ad for the Recovery Bag Rehab Center, where JR reminds users “you may love the bag, but the bag may not love you.” I called this number as well, another busy dial tone.

On “Free Slatt,” LottaCash Desto sounds like a mix between Pooh Shiesty and Valee, combining a menacing Southern drawl with a slippery lyrical dexterity that bleeds one line into the other. The beat, produced by SoMuchSauce Productions, features the type of simple, piano-heavy loop that first endeared listeners to artists like Jimmy Wopo and the aforementioned Pooh Shiesty. It’s hard not to be hypnotized by her rapping as she mumbles “If I don’t slow down, you don’t gotta get me, I keep pouring 4’s on my kidney,” while flying through her home state of Tennessee in a lime green Lamborghini. Desto was tragically killed earlier this week in Houston. Not much is known about the incident, but it’s safe to say it’s a huge loss for the hip-hop community and it’s tragic to see such a bright artistic light dimmed at a pivotal moment in her career.

BigXthePlug standing next to Maxo Kream kind of looks like a before and after photo with one rapper having already achieved mainstream success and the other on his way up. The Texas-based artists complement each other musically as well. The remix to “Safehouse” elevates what was already a certified street single into another realm with a rejuvenated Maxo Kream offering deadpan alliterations and violent flexes. But it’s BigX that steals the show, with lines like “Been going too fast with this shit, Ricky Bobby, I’m strapped like it’s part of my body,” and “that hustling’ shit in my body, but if I ain’t flipping that pack then I’m robbing the party.”

Sauce Walka joins Big Sad 1900 for the official remix of his regional hit, “Gang Members,” which he likely recorded during his now infamous trip to Los Angeles this month. Sauce is the perfect feature for one of Big Sad’s more poignant singles, with the original taking an unsparing look at the sacrifices and danger of joining a gang. Big Sad’s prideful nature and nuanced understanding of his story prevents his music from sounding repetitive and shallow. Sauce fits right in with bars about the unfair sentences handed out to felon’s caught in possession of a weapon. “I never got a bond, that’s that shit that happens when a felon touches guns, probably never see the sun.” Even if you have a nonviolent felony, being in possession of a weapon will likely net you at least five years of prison time with no option for bond or bail due to being on probation. It’s one way lawmakers can keep the revolving door of justice moving and recidivism rate high.

NBA YoungBoy To Remain In Jail For 2 More Months

Tekashi 6ix9ine Jokes About Snitching In Return To Social Media