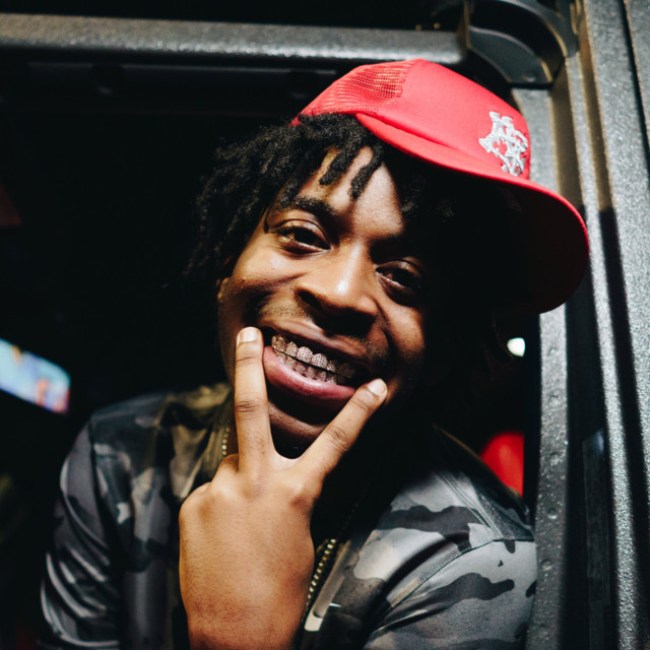 Harley Geffner knows that there’s no war but the class war.

RMC Mike reminds me of the inappropriate uncle who never quite grew up. I imagine him as the only adult at a family function without a wife or children, having more fun than anyone else imparting vulgar wisdom to a crowd of enthralled nieces and nephews with a voice that sounds like he’s been chain-smoking Backwoods since he learned to walk. The kids can tell the adults pity him in some way, but there’s no one else they would rather grow up to be like.

No one is having more fun making rap music in 2022 than YN Jay and the extended Flint, Michigan scene. If you want proof, just take a look at this video of Rio Da Yung OG and RMC Mike at the studio doing punch-ins. It’s like a contest to see who can say the most outlandish shit and RMC Mike usually wins. The absurdity channels the spirit of freestyle rap and reminds me that making art doesn’t always have to be this sacred or stressful thing. “Crackhead” was released on YN Jay’s Youtube page and appears to be an extended snippet, abruptly cutting out at exactly two minutes. The beat reminds me of something that would be played in a movie at the end of a redemption arc.

Stitched together by TimmyTurnerEdits, the video is like artificial intelligence combed through the WorldstarHipHop archive, where key words are matched from the song with viral videos from years past. RMC Mike opens the track by continuing his spree of best opening bars with “Fiend Lives Matter, I need a crackhead, feelin’ to bust this bitch pussy’ open like a blackhead.” (Past contenders include “no bullshit, my favorite gun is a .308” and “damn, I can’t find no codeine, I’m feelin’ to bite myself.”) RMC Mike’s greatest gift is being able to offset his crass nature by being genuinely inspiring when you least expect it, turning from shock jock to hand-shaking politician, when he bemoans halfway through his verse, “my city is fucked up, but I aim to fix it.”

YN Jay rounds the song out with a verse that skates by on wit alone. “How did your baby come out with your cousin’s eyes?,” he asks, before switching targets, “you ain’t getting no pussy, you just rub the thighs.” He’s the embodiment of the aforementioned “fun over form” theory, entering the booth with the goal to make everyone in the studio laugh and always succeeding. Nonetheless, it takes work to make something appear so effortless.

Change is never easy and there will always be people in life who don’t want you to grow out of your bad habits. They’ll cheer on your complacency as a way to assuage their own lack of determination and grit, unable to remove their pride long enough to learn anything from past mistakes. “We Was” by CEO Trayle is about remembering and appreciating where you’ve been, while also having the courage to step out of your comfort zone and striving for a life you still can’t imagine.

The Atlanta rapper has always demonstrated an admirable ability to be vulnerable in his music. He admits to getting his feelings hurt on “OK Cool,” his first viral hit from last year and probably the best break up song in recent memory. He’s able to simulate the contradicting emotions present in every heart wrenching split, oscillating between feeling intense love for his ex-partner and then just wishing she’d disappear altogether. It creates a much more honest ode to love lost than the two-note bullshit we get spoon-fed on the radio.

“We Was” shows CEO Trayle and his son being driven around New York City in a Rolls Royce while counting stacks of $100 bills. At first he seems to be fondly recalling the robbing and killing he had to do to make it out of the streets. But he’s gained a new perspective since having a son and the goal posts have changed: “We was really winning, but I didn’t figure out, we was really losing. Then I felt like a loser. In front of my son, can’t be no fucking loser.” He isn’t afraid to admit that his prior way of living was wrong and he isn’t letting the guilt of his past stunt his growth or hamper his ability to raise a child. The laidback Southern beat reminds me of something 2 Chainz would have rapped over ten years ago to prove he can make another type of song.

Originally from the Bronx, Trayle moved to Alabama at 13 before landing in Atlanta a few years later. He possesses a syrupy drawl indebted to his Southern roots, but his music defies any real regional categorization. He’s worked closely with Youth Thug’s YSL collective and featured Gunna on the remix to “OK Cool.” In an interview with No Jumper, CEO Trayle talked about getting shot seven times and killing a home intruder. The doctor treating his injuries prescribed him percocet and it’s an addiction he says he still struggles with today. CEO Trayle has been through a lot, but his future bodes well if he can take to heart the clear-eyed introspection present in his music.

Damedot – “Blood On This Money” and “Chinese Fanta”

Damedot is gearing up to release his second album of the year, Fuck Yo Summer, on June 17, which happens to be my birthday, so I’m glad the album isn’t titled “Fuck Yo Birthday.” The Detroit rapper has been able to set himself apart from his Motor City peers by eschewing the assertive, bar-heavy style popular among the region for a smoother and more subdued approach to song making. There’s a few motifs present in basically all Damedot songs: basketball references and creating new anecdotes for women getting Brazilian butt lifts. I’ve lost count of how many women Damedot has sent to Miami to see a butt doctor, but there’s at least two mentions of BBL surgery in the two songs shared in preparation for “Fuck Yo Summer.”

The first, “Chinese Fanta,” is an ode to the exotic pop he uses to make his lean taste better. Rappers from both Detroit or Sacramento would sound at home on this beat, produced by Rell On The Track, a reminder of how stylistically intertwined the two regions have become recently. There’s a beat change at the end that’s worth sticking around for and it features Damedot at his most toxic, saying “she asked me to pay her rent this month, I think she’s trolling.” The second release, “Blood On This Money,” is produced by Michigan Meech, who has worked with Baby Smoove, and is the more brooding of the two songs. It feels like the beat never really reaches its full potential, allowing Damedot’s natural villainy to take center stage as he predatorily posits “she moved out of state, she wants a clean slate.”

Chicken P runs through four different flows in under three minutes on “Dawg Ass Chicken,” the first single off his new record, BussaBrick Vol. 1: Deep In The Pot. The Milwaukee rapper is proving to be a versatile addition to an already bubbling music scene that features Lekeyah and Lorde Fredd33. “Dawg Ass Chicken” has somber and sentimental production centered around a short keyboard riff. Chicken P begins the song by reminding us that police and the threat of jail will not get in his way, “bitch, I’ma keep bailing out until this bread is gone,” before letting us know that he certainly does not own a Subaru Outback. It’s one of the better songs on an otherwise uneven album that suffers from poor beat choice and a series of stilted choruses.

Brooklyn and New Orleans connect on 26AR’s newest single, “Hottest In My City,” which shows the Crown Heights rapper and his Southern counterpart attack production that could have easily been meant for vintage-era M.O.P. It’s the kind of contained chaos you hear reverberating off the walls of Brooklyn brownstones at all hours of the night. There’s something so satisfying about the way he says “I got a Mickey on me, I can’t even fold it,” while fanning out a stack of $50 bills, leaving me still uncertain of how much money a Mickey actually is. The chorus begins with “bigger body, pull up faster, driving drunk, I almost crashed,” with the keyword being almost. A wrecked fender is no look for the proclaimed hottest in the city. Rob49, who has been compared to the late, great Soulja Slim, came all the way to Brooklyn to film the music video, which features a good amount of shenanigans on the basketball court. His abrasive confidence works well over the New York style drill beat and it’s nice to hear him branch out from his New Orleans roots.

Kid Cudi’s ‘Man On The Moon III: The Chosen’ Is Finally Here And It’s Damn Good