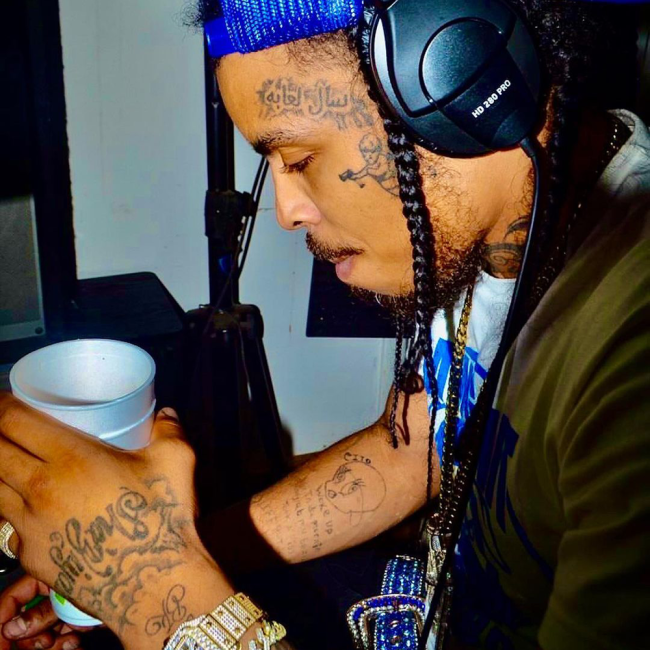 There are a few supernovas every decade who shift the direction of rap. Young Thug turned crooning cool, Cheif Keef and Lil Reese have kids in Ghana and Italy rapping about their opps over heavy bells and choirs, and YoungBoy basically spawned an entire genre of rap.

Influence is a weird thing. Gank Gaank hails from Florida, where he once had a uniquely Floridian twist on the wounded soul bent with his breakout hit Pain & Pressa in 2013, which still stands up today and is highly recommended listening. But now he’s funneled that painful gravity of his, which was so electric, into a more established formula, and it sounds an awful lot like YoungBoy. It works though – Paper Route Money is a really good song with a nice soulful melody, and some strong and exciting energy. I’m conflicted on whether this is all a good or bad thing. On one hand, YoungBoy-core becoming its own genre means we get more of those profound bluesy melodies (and the imitators are generally pretty good at it), but on the other, are we losing individuality and variance as this trend progresses? Will Gank Gaank ever make another song as good as Pain & Pressa? Does it matter if he can put out pretty good music anyways, and following this formula helps the ascent of his career? This isn’t just a question for Gank Gaank of course – but for all the aspiring rappers who choose to lean into what we know works as good rap music rather than just trying new shit and seeing what sticks.

It’s true Rap Caviar is probably a more powerful force in the coalescence of the modern rap sound than YoungBoy-core, so maybe having an anti-Harlow camp in the Youngboy-lite guys isn’t so bad. I’m probably supposed to be more critical of this here, but it’s just hard to hate on good music. And Paper Route Money is good music.

As one YouTube commenter put it, Pap is speaking to us from his dark place. The beat on “Im Goin Home” feels like you’re walking through the halls of a dimly green-lit insane asylum while movie film plays backwards in your head as the walls close in around you. Then Pap comes in to assure us that this is exactly what’s happening. The song is unsettling from the very jump, but takes a turn to the darkest corner of his brain about halfway through – as he has an internal dialogue, alternating between a haunted whisper and a primal growl. He screams that the voices in his head won’t leave him alone – then recounts many of the internal arguments with that voice. There’s one where he tells himself he ain’t shit, but then remembers his auntie thinks he’s great, but then that she’s a crackhead and he can’t take her encouragement seriously. The back and forth with himself is deeply troubling, and a portrait of a mind going insane behind bars, where Pap currently resides. The terrifying whisper personifies pure evil – it’s a slice of hell channeled directly into his brain, as he raps bars like:

“You gon die in the streets just like yo dad
You gon never make it rapping, you can only cook crack
Ain’t nobody in your family ever loved you
They talk about you like you dead already
Might as well put it to your head already.”

The praise Rob49 has been receiving from media of recent is incredibly well-deserved. The man has star written all over him. His presence is so commanding, that the most simple of bars feel powerful as hell. When he hops into the song, hollering “Crazy? Hustler, that’s me,” it’s the type of entrance that would make anyone stop in their tracks. The type where you’re dozing off, not paying attention as the YouTube algorithm churns background music out, and makes you go “woah what the hell – run that back.” The rest of the song is just as magnetic, as he raps the hook about going from having no home two years ago to bossing up quick and buying his mom a crib. Kevin Gates is one of the most consistent rappers working too – so it’s no surprise he flows beautifully next to Rob. Real Southern shit.

The teenage DCG brothers from the West side of Chicago feel like they’re rotating counter clockwise against the groovy drill-adjacent beat in Jungle Life, but still locking in to every one of the grooves. It’s the perfect forum for their raucous lifestyle raps, as they take turns rapping while the other hypes it up. They’ve got so many hot sticks in the car it looks like a luau.

Since the first time I heard Moreno Valley’s S5’s dark and slithery raps, I’ve been obsessed. His words and flows are so tightly wound, both audibly and in terms of content – fitting way more syllables than you’d expect in every bar, and way more meaning behind every turn of a phrase. It’s not necessarily that it’s such clever wordplay, but it’s sticky and simple – like when he sighes on the beat, “I can feel me turning evil but I’m tryna shake it.” There’s nobody who sounds like S5.

The Pharcyde’s “Drop” is Hip-Hop’s Most Innovative Video