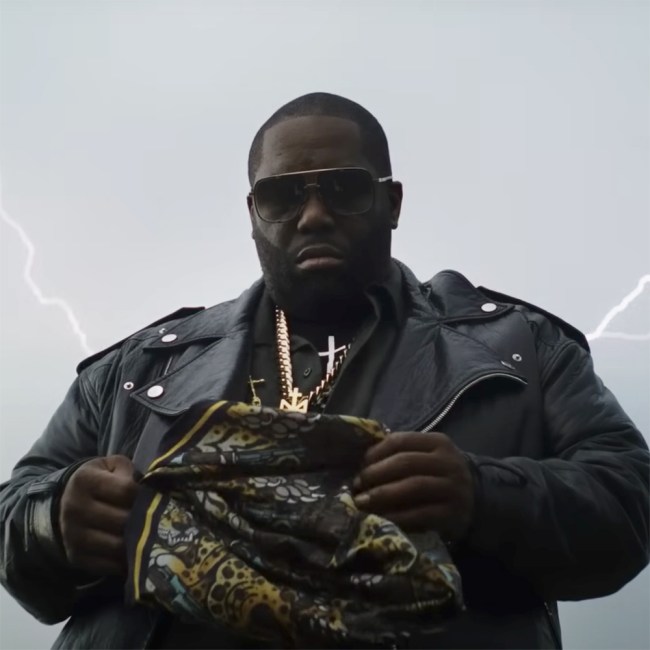 Donald Morrison doesn’t want anyone to forget that the Supreme Court is also making it harder to hold doctors accountable for running pill mills.

It’s not every day you see a music video shot in the center of a sideshow, a car burning out in circles around a group of men rapping and posturing into a camera. But then again, this is Stockton, California we’re talking about, a greater Bay Area adjacent city just over an hour outside of San Francisco with a rich history of car-related shenanigans. For the last several year, it’s been producing some of the best rap in Northern California with the city’s assertive gang-related musings finally competing with scenes in nearby Sacramento and San Francisco.

Red Alert is being billed as the first official Latino supergroup on the West Coast, according to The Thizzler. Three of the four rappers in the group are from different relatively small Northern California towns: Modesto, Merced and Stockton, with the final member, BabyFaceWood, being from Tacoma, Washington. The supergroup was formed by accident after a chance meeting at a particularly inspired all-night studio session. Their first nine song record was released in April and has drawn comparisons to the Baby Stone Gorillas for their natural chemistry and loose song structure.

The Stockton representative of the Red Alert is Acito, the most technically-skilled and exciting rapper in the group. This week he dropped his first solo project, High Tides, a lean seven-song tape that cements him as one of the premiere shit talkers in the area. “Scarlett Johansson” is an easy standout, where Acito says “turn his bitch into a widow like Scarlett Johansson, baby looked up at my head and said ‘your diamonds are dancing.’” He’s clever and funny in a deadpan way that reminds of the late, great Bris. “No Names” with SalahBabyy, Band$, Lil1700Adrian, and ABM Spiffy is my favorite type of posse-cut, where each rapper only spits four bars before the next artist picks it up. Acito nearly breaks the cardinal rule of getting shown up on his own album, with an animated Band$ sounding like Keak Da Sneak, saying “That bullet proof vest makes you feel like you’re Iron Man, until the bullets burn your flesh like a frying pan.” Although it’s a solo project, the best song on the tape is a group effort, proving that Acito still feels at home when surrounded by his crew.

There are still unanswered questions surrounding the death of Sad Frosty, a 24-year-old rapper and internet personality who passed away suddenly for reasons unknown in January. Half a year later and not much else is known. A Business Insider article couldn’t even verify his real name. Nevertheless, before Sad Frosty died he had the opportunity to record a full song and video with Chief Keef, which had to have been a dream come true for the Houston-based rapper who shares aesthetics with Tekashi69. Chief Keef’s rapping is slightly more conventional than I’m used to seeing. He shouts out Beecher, Michigan and YN Jay by making a reference to “Coochie Land” that had me nodding my head and smiling like Jack Nicholson in The Departed.

In celebration of nationhood, CEO Trayle released a new video that features him taking his kid to light off fireworks in what appears to be a wooded area in Atlanta. He’s also seen sitting atop a lifeguard stand, while scantily clad women get fifths of alcohol poured down their throats. CEO Trayle is clearly a family man who still knows how to turn up on a holiday that most Americans in my milieu feel embarrassed to support. The production is smooth and features a pronounced snare as CEO Trayle likens finding a cache of guns in his house to Fourth of July and fondly recalls the first time he acquired a bomb. It’s this kind of behavior that sits in sharp contrast to the images of him showing his son how to light fireworks. It’s another example of CEO Trayle’s star-making ability to make the best out of a past that once threatened to destroy him.

Half the battle when making a song over someone else’s beat is picking the right song. Here, Bravo The Bagchaser is two for two with Peezy’s “Build A Bear,” and Remble and Drakeo The Ruler’s “Ruth’s Chris Freestyle,” spending the second half of the video in a Long Live Drakeo The Ruler hoodie. It’s cool to see an artist from Los Angeles showing love to the former Stinc Team captain and Bravo’s rapping is as witty as ever. His morose sense of humor is evident on bars like “thought he was a demon, caught him and he was a whole weenie,” or “I’m like a smoker, I can’t leave the crib without my pipe.”

“RUN” is first Killer Mike solo track since he joined forces with El-P for a series of Run The Jewels projects nearly ten years ago and he pulls out all the stops with production from No I.D., an intro from Dave Chapelle, and a guest verse from Young Thug, who also serves as the overarching subject and galvanizing force behind the track.

The song addresses the war on Black art with a metaphor showing a group of Black soldiers defending the South against a return to Confederate power. Fighters fly flags bearing “Free YSL,” in reference to the ongoing racketeering case changing Young Thug, Gunna and more than two dozen others with operating a criminal organization under the same name as Young Thug’s record label, YSL. Since the charges were announced over a month ago, the city of Atlanta and the rest of the hip-hop community have rallied behind the YSL collective. Killer Mike using this moment in his career to bring attention to the YSL case is evidence of just how much of an injustice it all is. He’s a rapper known for using his platform to discuss issues of social justice and political enlightenment and he knows there’s no better cause in hip-hop right now.

“I Thought I Was Supposed to Be a Pastor:” An Interview with Morray