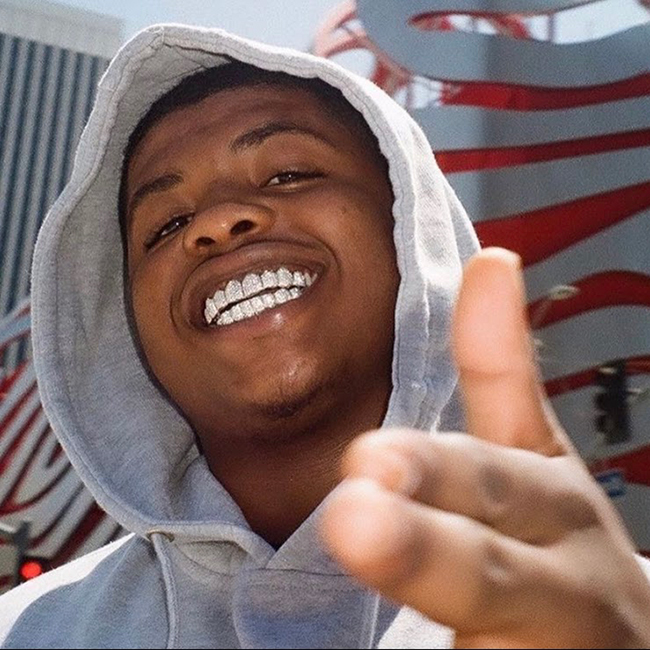 You can catch Brandon Callender pondering the state of ACC basketball in between putting you on to the best new music out on a bi-weekly basis.

Prince Jefe probably doesn’t like music videos very much. He uses YouTube like Instagram—every single song he uploads comes with a fit pic from a store run, a picture of him hitting a mean money spread, or a mad dramatic black and white photo like the one he uses as ‘cover art’ for “Lights On.” I won’t lie: the “Uploaded in HD @ TunesToTube” in the corner of Prince Jefe’s songs makes me feel like I’m scrolling through a channel full of Veeze leaks. The Detroit rapper’s sound is a bit rougher around the edges than the White House guys and other folks blowing up in Michigan, but the dirty mixes gives his music a frenetic and compulsive energy that keeps me coming back. “I ain’t gotta get a job, nigga I can work my wrist / I asked the brick man ‘bout you he said you don’t exist,” he raps in the tone of a playground taunt. With Prince Jefe, it’s strictly about the music. Click on whatever fit pic on his channel is most fire and and go for a ride.

Four years ago, 10k.Caash and Tisakorean crash-landed in the middle of TikTok and Triller with a flavor of Texas rap and dance moves those apps were ready to eat up. While Tisakorean has become the silliest man alive and taken his music to weirder heights, 10k.Caash has burrowed in the exact opposite direction. This isn’t to say that his music has lost any of its danceability—you can still jig to this—but he makes rapping more of a priority here. Instead of leading a chant like he’s at a step show, he uses a stoned and swanging Texas flow over a beat made up of the soft clicks and plucks from a baby’s music toy to talk tough and flex his diamond teeth. There’s no new moves for the dancefloor here, but it’s sure to get anyone out their seat.

Lil Gray and Sparkheem are a straight-up ridiculous duo. Together, they’ve hopped from so many different styles and found success. They’ve got crank music, “Money Counter,” soothing and lush flips like “Dragonball” and fusions of the two with “Ludacris Freestyle.” “Missile” falls into the second group, with a twisty Donell Jones sample bound to put you in a trance. Lil Gray’s subtly melodic style makes this work in a way someone with more aggressive punch-ins would fail at. I’ve praised Sparkheem in this column before because he’s always trying to push artists to do something new. While this isn’t particularly new territory for either him or Gray, it’s always refreshing to see a rapper-producer duo as locked in as they are.

I can’t say I’ve ever seen a video with a cold open like “Johnny.” RayTrey and his boy are standing around waiting for the bus until a girl walks by and they try to get at her. The problem is, she doesn’t ride public transportation. So they cook up a quick plan. They run over to the gas station across the street and jack a running car left at a pump to scoop her, as one does. The growling low brass pumped into the background of that carjacking scene is your signal that everything’s about to go off rail. The song takes off faster than an Olympic sprint when RayTrey peels off into the road and the drums come in. “Yeah, she wanna eat it in the Rover or the Maserati / Lil did she know this ain’t no Rover or no Maserati / This a high-speed chase she giving brain while the cops behind me,” he raps. When the Philadelphia rapper asks “You said the cops behind me?” a few bars later like he didn’t process it the first time, it’s with the same incredulous panic of Shaggy off Scooby-Doo. It might only be January, but Philly is in the running to be the city with the most chaotic rap videos of the year.

Within 15 seconds of being sucked into his TV while playing Grand Theft Auto, SME Taxfreeruns away from a helicopter that randomly falls from the sky onto a residential street. It’s a scene straight out of that thread of insane GTA deaths that I just can’t stop thinking about. The Milwaukee rapper has a high-pitched, sneering voice that sounds like Detroit rapper Drego’s. “Moral of the story to the game, it’s a hundred risks / I know a nigga 35, he ain’t up shit,” he shrugs. There’s little sympathy in SME Taxfree’s voice.

Gangstagrass’ R-Son: The Old Town Road Was Paved By Us