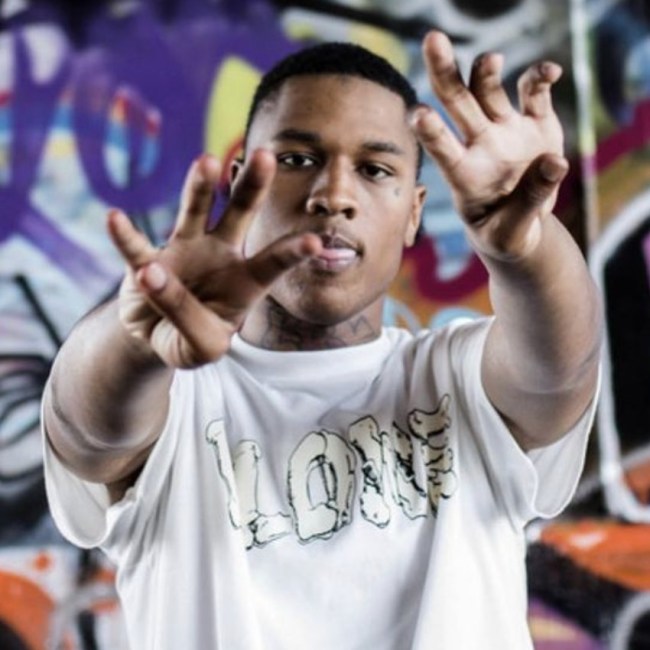 Harley Geffner knows the quickest way to go viral on TikTok: do something that people do everyday and call it a symptom of ADHD.

On the first track of the EBK Jaaybo’s Rrari 4Eva album, he raps “I’m tryna leave the streets alone and make my mama proud, but when you fall in love with guns it’s hard to put ‘em down.” When most rappers say they’re addicted to guns, they’re bragging. But for Jaaybo, it’s heavy and sounds like baggage, like he’s sick of it all. It’s a horror story that he’s living out in real time – too attached to his close friends lost to not seek revenge, but too smart to fake like he’s not contributing to more heartbreak and the continuing cycle of grieving mothers.

There’s no glory in gang life. It’s torturous to the soul, pitting people against each other, and bringing out the worst aspects of human nature – tribalism, blood-lust, cold revenge, and through it all, misery. Jaaybo understands that as well as anybody, and that’s the central tension of the album.

Over soft vocal-laden lullaby samples and snappy Stockton-style percussion, Jaaybo rips out his own heart on these tracks, laying bare those contradictions inherent to his existence. The push and pull of the PTSD, street paranoia that has him hearing voices pitted against the security and safety that rap can provide for him and his family. The type that he knows in his heart that he wants, but questions if he really deserves.

It’s powerful, yet simple bars where Jaaybo shines brightest, like when he claims the music is trying to trick him out of the streets, as if he’d be betraying his brothers if he were to stop doing skits (their term for red-tinted missions). It’s wiggling through the North Side with his people, waiting in cars at the crack of dawn, and how he “went about his day” after killing an enemy. It’s these descriptors that bring listeners into those moments between life and death, the blur of the incomprehensible beyond that he’s constantly brushing up against. It’s anonymous shooters, the things his little brother was never supposed to see, and prayers for his father Rrari, his friend Kasino, the other people who should be in the limelight with him, and his mother who’s had to endure the pain of it all. Did I mention Jaaybo is only 18?

Even the cover art is brutal – a picture of a young Jaaybo with his now-deceased father hangs on the wall while a child looks out the window at the red and blue lights around a crime scene. The pen and pad frame the whole thing. Jaaybo doesn’t talk about it in person, but the music is his sanctuary. That pen is where he lets it out, and how he copes with the unthinkable, and he even says as much on the album, puffing out “I can’t tell you how it feels, go listen to these raps” like a loud whisper.

Jaaybo currently sits behind bars, and the last song is recorded over a jail phone. Unconfirmed reports say it’s on firearms possession charges. It must be said that the lines of veracity in his music, like with any great artist, are obviously blurred. He’s telling a story with his album, talking from his heart about what he’s thinking in relation to the challenges of growing up in one of the homicide capitals of the U.S., but in interviews, he has talked about his non-affiliation and how he’s managed to stay out of the mix.

But in this story, he’s “in too deep, can’t nobody help” him.

Duwap Kaine – “On My DanceHall”

Duwap Kaine’s voice seems to float in the liminal space between every autotune pre-set on Earth. It somehow feels like it’s simultaneously above, below, and swimming in this beep boop internet spin on a dancehall beat. And it works perfectly, clicking exactly into place, as he sings about loving the small things in life before you look back, rolling up “a dolo, that’s a facer,” taking drugs through his ass, and valuing honesty in his relationships.

BLXST’s snappy R&B thug style has officially reached the U.K. now. Shoutout to Rosecrans Ave for the discovery of this one. Eric IV and the guys around him are all smiles in this video as he sings in short melodic quips over the smooth flute and clicks in the beat. The melodies are real sticky too, and I’ve found myself muttering under my breath “One thing about me never folded under pressure / I’ve seen some brothers lose it all and it’s so messed up,” any time my brain is empty for more than 10 seconds.

A match made in heaven. E-40’s pimpalicious style and the absurd goofiness of his voice and flow can be matched only by someone like Sada, whose energy always verges on bursting at the seams of his body. And this beat was made by a genius.

I’m not going to lie to you – I didn’t even make it to Fivio Foreign’s part on this song. In a cruel turn of events, some A&R handed Mary J. a terribly weak Brooklyn drill beat and asked her to sing out of her ass about keeping it 100 and peace and love, while imitating a stop and start flow. This is, of course, with all due respect to the queen who did a fine job at the SuperBowl, but Mary and her team must be smoking K2.

EBK HotBoiiz – Sweet Lady Remix – 3 years old, but the EBK guys kill one of my favorite beats of all time. It just came out on
DSPs this week.

G Perico – Tango – Going to give this album a full write up soon, but it’s some of G’s best yet