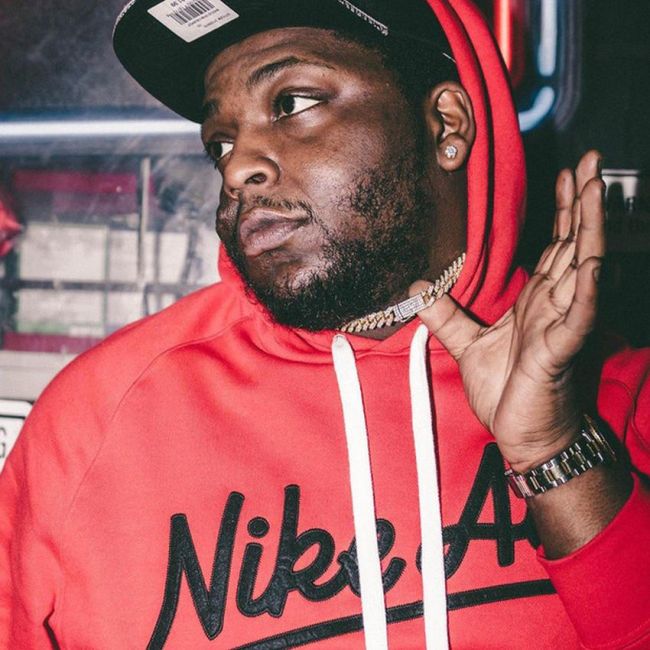 Brandon Callender wants to remind you that between the Succession finale, Kanye and Drake’s concert, and that photo of Roddy Ricch and Kevin Durant, it’s been a good week.

Legend Yae – “Met to the Chuck”

A few weeks ago I was listening to an episode of Hit A Lick Radio and I got stuck on the episode’s closer: Legend Yae’s “Etc.” If I described him as the kind of melodic rapper that focused on extracting every last bit of emotion from his thick Southern drawl you might scroll away from this blurb instantly and I’m not sure I’d blame you—the cottage industry built on sad guitar type beats reached capacity months (years?) ago. Though Legend Yae approaches things in a way that keeps me wondering where he’s going to go. Where the melody is going be gently cradled in his arms and where he’s going to toss it into the sky like a handball are unpredictable. There’s a kind of hotheadedness behind “Met to the Chuck” that makes it a bit tough to sit still and listen to, like he’s liable to pop off at any second, but Yae reels himself in before he goes too far.

Wiardon probably has the breezy, yet unsettling, strings of “Picture Me Rollin’” seared into his mind. It feels weird to describe them that way, but somehow, the song feels anxious and carefree, tense and loose, all at the same time. On “I DONT KNOW,” Wiardon sounds straight-up exhausted with life. “I don’t trust this bitch, I think she fuck with the opps on the low/One of the reasons I’m paranoid everywhere that I go,” he sighs in between lines about losing sleep thinking of ways to get money. “I DONT KNOW” feels like that first day of sub-30 degree winds where you know that you won’t be leaving the house without a jacket for the next 3 months. It’s the kind of song that starts to sound better around this time of year.

Halfway through “My Story,” Rio raps “Ghetto Boys shit, we look at Peezy like Master P.” Instantly, I was reminded of this tweet I saw a few weeks back with a picture of a younger Peezy, Babyface Ray, GT and Icewear Vezzo. It’s starting to feel like Michigan’s rap scene is finally over that hump where it’s hard to convince someone to listen to it because “they rap off beat” (incorrect) or “the beats sound like 2012” (sometimes they do). You can say that internet rap fans are just ahead of the curve or like things that don’t have commercial aspirations, but it feels validating as hell to see Michigan rap’s racing, punchline-first style trickling into the mainstream. At the same time, you can only wish that Rio wasn’t in jail and able to celebrate that success too. It doesn’t feel right to cheer without him.

For some reason, P4K makes his voice sound a bit more nasally than usual on “3rd Life,” which is a gambit that strangely works in his favor. I feel like artists are a little bit afraid of playing with their voice now, maybe because they think that folks will clown them for sounding goofy (in fairness, Kendrick’s alien/internal monologue/God narration/whatever you want to call it voice is a little bit silly) but it makes P4K sound absolutely disgusted while he raps about missed shots and internet disses. If anything, “3rd Life” is a solid helping of meat-and-potatoes nervous rap from the Baby Stone Gorillas member, but that’s more than enough when the Baby Stone Gorillas have been on fire since the summer.

I don’t know if I should be surprised that more rappers haven’t sampled Aaliyah since her discography hit DSPs or awed by the restraint that they’re showing by not sampling her. Sharc has one of the few takes I’ve heard with a dreamy 14 Golds-produced flip of “Miss You.” It splits the difference between a love song and the snide tough-talk that makes Sharc stand out from the others in Pi’erre’s SossHouse camp. It doesn’t immediately grab me like the highlights of his mixtape 47 Meters Down, but it’s interesting seeing where his mind goes when he isn’t working with Pi’erre.